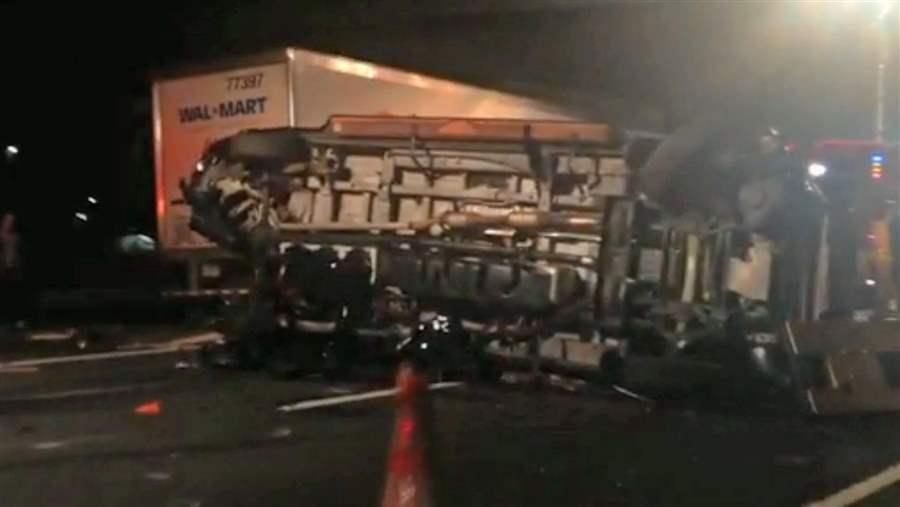 Comedian Tracy Morgan was seriously injured and his friend was killed after a fatigued Walmart truck driver struck their limousine bus on the New Jersey Turnpike in 2014. Traffic safety advocates want states to do more to step up enforcement of drowsy driving and offer police officers training to detect when a driver hasn’t gotten enough sleep.

Will Vaultz Photography via AP

Drowsy driving contributes to many more crashes than the federal government has estimated, a new study by the AAA Foundation for Traffic Safety has found.

The report, released Thursday, analyzed dash-cam video from more than 700 crashes and linked nearly 1 in 10 to drowsiness. Federal estimates indicate drowsiness is a factor in about 1 to 2 percent of crashes.

“Drivers who don’t get enough sleep are putting everyone on the road at risk," David Yang, the foundation’s executive director, said in a statement.

Drowsy driving has become a serious problem, safety experts say, as more and more Americans are suffering from sleep deprivation in a 24/7 society. A Centers for Disease Control and Prevention study in 2016 found that more than a third of adults in the U.S. aren’t getting the seven hours of sleep a day needed for optimal health.

An earlier AAA Foundation study estimated that drowsy drivers could be involved in 328,000 crashes a year on average on U.S. roads, 6,400 of them fatal. But AAA said the actual numbers might be higher, because the data collected by police at crash scenes is incomplete, and there is no universal definition for drowsiness or fatigue on crash reports.

The new AAA study focused on nearly 3,600 drivers whose behavior behind the wheel was monitored using in-vehicle cameras and data collection equipment over several months.

While some states have passed resolutions or posted messages on highways to combat drowsy driving, few have stepped up enforcement, trained police officers to detect when a driver hasn’t gotten enough sleep or enacted criminal penalties for drowsy driving that results in a fatality.

Only two states, Arkansas and New Jersey, have enacted drowsy driving criminal laws, but meeting the standards for prosecution and conviction has been difficult. A 2016 report by the Governors Highway Safety Association, which represents state highway safety offices, found that Arkansas had only three convictions since 2013, when the law took effect.