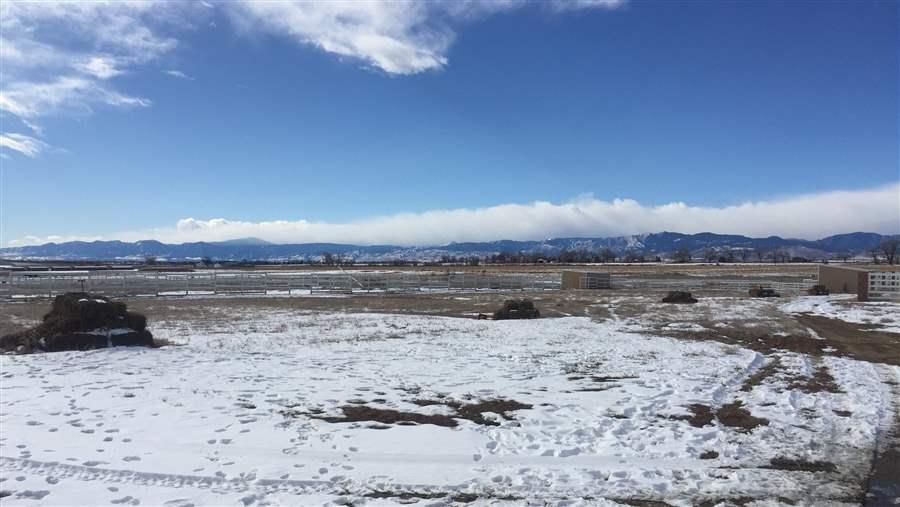 LONGMONT, Colo. — In a few months, Dani Fontaine Billings will plant 80 acres of hemp at her farm here, out behind a clapboard farmhouse with views of the Rocky Mountains.

Some of the plants will grow tall, like bamboo, and yield grain and fiber for textiles and other industrial products. Others will look and smell like marijuana and yield a cannabis compound. The profitability of that compound, Billings said, is drawing many farmers and would-be farmers to the hemp industry.

Few people had heard of cannabidiol, known as CBD, before a 2013 CNN documentary, “Weed,” that featured its healing powers. Now entrepreneurs put CBD into pills, tinctures, candies, body lotions and dog treats, and customers use it to ease health problems from anxiety and sore muscles to seizures.

Billings and her mother, Tracee Box, own and operate Nature’s Root, a hemp spa tucked beside the American Legion in this suburb north of Denver. As many things in the spa as possible are made of hemp, from the bathrobes to the massage oil. But cannabidiol-infused products are among the bestsellers, said the 31-year-old Billings. “We have a very large clientele that just wants to use the CBD on their bodies.”

CBD can be derived from marijuana or hemp — both are varieties of the cannabis plant — but the marijuana version is only available in states that have legalized the drug. The hemp version, however, is easy to find online and in stores all over the country, including in spas and grocery stores. And because the hemp version isn’t psychoactive, it could attract a bigger market: people who want to feel better without getting high.

But for growers and sellers there’s a problem: The federal government is divided on whether the hemp CBD extract is legal. The 2014 federal farm bill says cannabis becomes hemp — and legal to grow and market — when its psychoactive potential drops below a certain level. But the 1970 Controlled Substances Act says only certain parts of the cannabis plant can be legally sold as hemp. That definition excludes the cannabis flowers, which are usually harvested for CBD.

This month, a federal court in San Francisco will hear arguments in a lawsuit — brought by Hemp Industries Association, a trade group, and two hemp companies — that seeks to overturn the Drug Enforcement Agency (DEA) classification.

The current hemp CBD industry also faces long-term threats beyond questions about legality. As more states legalize marijuana, the industry may face more competition from marijuana-derived cannabidiol. And pharmaceutical companies are getting in on the action. Two cannabidiol drugs are moving through the Food and Drug Administration’s approval process, and one of them — an anti-seizure medication — could hit the market this year. 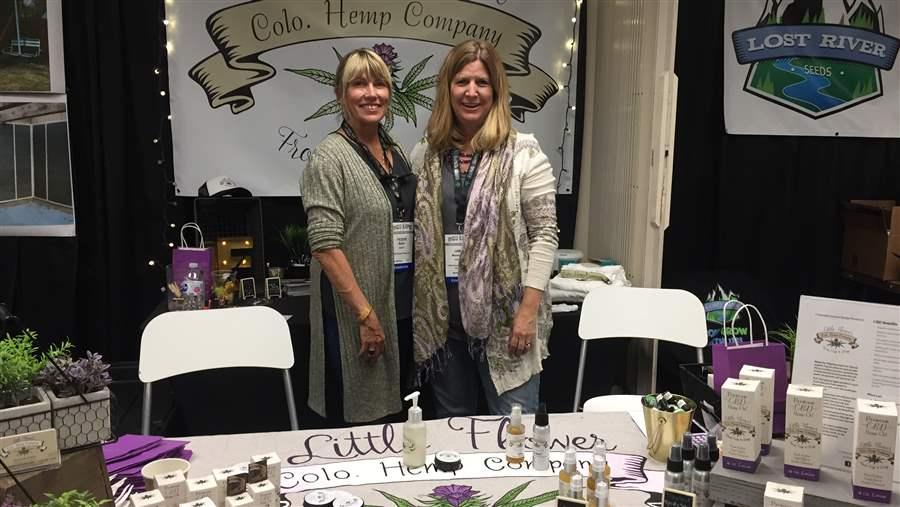 Peggie Baker, left, and Jamie Mawhorter from the Little Flower Colorado Hemp Company at the Indo Expo in Denver. A popular hemp extract, cannabidiol is widely sold but may be illegal.

Hemp was historically grown to make rope, sailcloth and textiles. But it fell out of favor as a cash crop in the 20th century, as states and the federal government banned marijuana, and cotton and synthetic materials became cheaper to produce.

Hemp’s resurgence began four years ago when Congress passed the farm legislation, defining “industrial hemp” as cannabis with a concentration of the psychoactive compound tetrahydrocannabinol, or THC, of no more than 0.3 percent by weight. The law says states can allow universities and agriculture departments to grow hemp in order to study the plant’s growth, cultivation and marketing.

“That word marketing — it was the crack in the door,” says Brent Burchett, director of plant marketing for the Kentucky Department of Agriculture. In Kentucky, where officials have argued that the only way to conduct market research for a product is to allow it to be bought and sold, private hemp farmers get a license from the state and share their experience growing, processing or selling the plant.

Two-thirds of states have enacted legislation to allow hemp to be grown under the farm bill, according to Vote Hemp, a nonprofit that advocates for hemp. Of those states, nineteen had active hemp programs last year. The vast majority of them — including Kentucky and Colorado — allowed commercial sales.

Farms in Colorado and Kentucky generated about half the nation’s hemp crop last year, according to industry estimates. Burchett expects 6,000 acres to be planted in Kentucky this year, up from 30 in 2014. Initially, most farmers grew for hemp fiber. Now, more than half is planted for CBD, he said.

In Colorado, where close to 10,000 acres of hemp was planted last year, the harvest, which had long been mostly used for CBD, has shifted to other uses recently, according to Duane Sinning, the assistant director of plant industry at the state Department of Agriculture. More farmers are choosing to grow hemp for its grain, he said. Hemp seeds, also known as hemp hearts, are gaining prominence as a “superfood” like chia or flax seeds.

But at a recent cannabis trade show in Denver that featured marijuana and hemp companies, most entrepreneurs were selling wares infused with CBD.

Along the “Hemp Hallway,” passersby could reach out for free samples of everything from caramels to pills packaged to look like medicine. Peggie Baker, of the Little Flower Colorado Hemp Company, stood behind a cloth-draped table decorated with succulents and poured samples of sticky, tangy CBD tincture onto a spoon.

Her target customers are interested in the product’s health benefits but would never walk into a marijuana dispensary, she said — that’s why the company has a pretty logo and retail partnerships with a few spas and a grocery store. “I want to get to places where women and grandmas would walk in,” she said.

Under FDA rules, companies selling cannabidiol extract can’t market their products as cures for specific diseases because none are approved as medical drugs. The FDA says companies can’t call CBD products supplements, either.

Yet many companies either flout those rules or walk right up to the line. At the Denver expo, many sellers had a story to tell about a miracle improvement, such as a client whose Parkinson’s tremors subsided or a wife whose muscle pain eased. Some, like Baker, simply said they got into the business because they wanted to help people around them who were sick.

Relaxing in an armchair in the lobby of his daughter’s spa the day before the trade show, Bill Billings — who runs a second business with her, advising newcomers to the hemp industry — said that since he started using CBD, the swelling and pain in his arthritic knee have subsided. Two poodles trotting around the spa lobby that morning were also CBD users. They’re given the extract to ease their arthritis and anxiety, Dani Billings said.

Industry analysts say the CBD market will only grow. The Hemp Business Journal, a Denver-based organization that publishes industry estimates, predicts that within two years marijuana, hemp and pharmaceuticals will split a combined CBD market of more than $1 billion. Other estimates for the hemp-derived market are much higher. 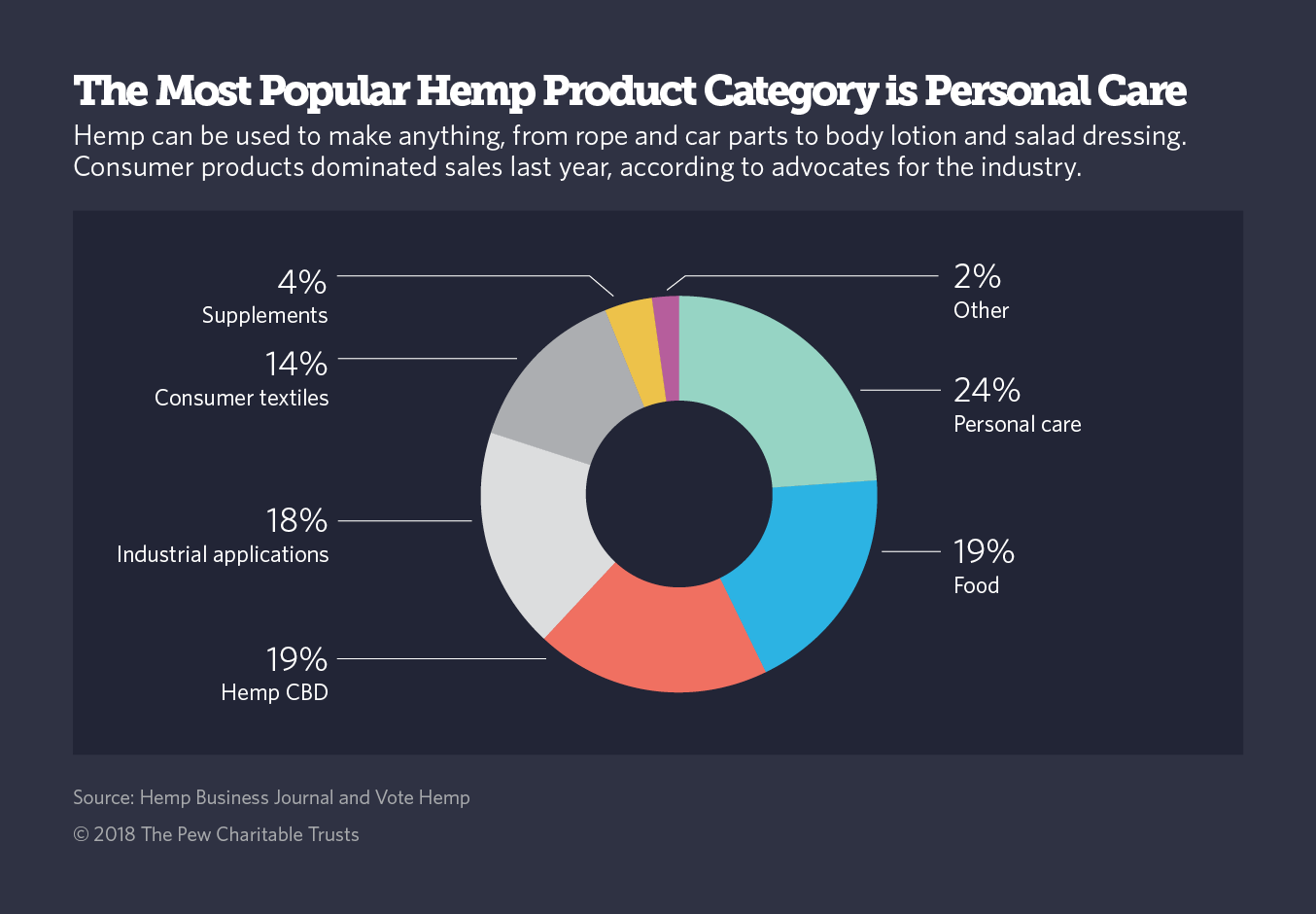 Some legal experts caution, however, that buying and selling hemp-derived cannabidiol might be illegal.

That’s because of the 1970 Controlled Substances Act, which says cannabis is marijuana — except for the stalks, fiber and oil of the plant traditionally used by industry. That means cannabis flowers, the source for CBD extract, qualify as marijuana no matter the THC level of the plant.

The Drug Enforcement Administration leaned on the latter definition when, in 2016, it classified all cannabinoid extracts as dangerous drugs. Local law enforcement agents have raided CBD sellers in North Dakota and Iowa, and Indiana Attorney General Curtis Hill concluded last year that it’s illegal to sell cannabidiol extracts there. Indiana law does permit patients with treatment-resistant epilepsy to use the substance, Hill said in his legal opinion.

“The thorny question is whether these CBD products derived from industrial hemp can be legally sold and distributed online,” he said. Some major retailers won’t sell CBD, others will. “A lot of it comes down to what level of risk businesses are willing to take.”

Bob Hoban, a Denver-based lawyer whose firm represents the hemp companies suing the DEA, said Congress has for the past three years cleared the way for hemp products to move across state lines by adding language to spending bills that prevent the DEA and the U.S. Department of Agriculture from interfering with state hemp programs.

Hemp CBD’s potential legal troubles don’t end there. The FDA also has sent many businesses warnings chastising them for selling unapproved drugs, making unfounded health claims — such as that their product shrinks tumors — and in some cases selling products that don’t contain cannabidiol at all.

Seeking to distance hemp from marijuana, some hemp companies have chosen to expand in places that don’t allow marijuana cultivation.

AgTech Scientific recently established a hemp product development center in Kentucky partly for that reason, said Mike French, the company’s president. He said the overlap between cannabis industries in other states can make banks reluctant to serve hemp businesses.

In Colorado, many cannabis entrepreneurs dabble in both varieties of the plant. Billings and her mom, for instance, owned a medical marijuana edibles company before selling it in 2012 and switching to hemp.

The marijuana industry was “toxic,” Billings said — she just didn’t like the culture. Her family’s hemp empire, which began with a 2.5 acre harvest, keeps on expanding. Next up: two spas opening next month in Jamaica.