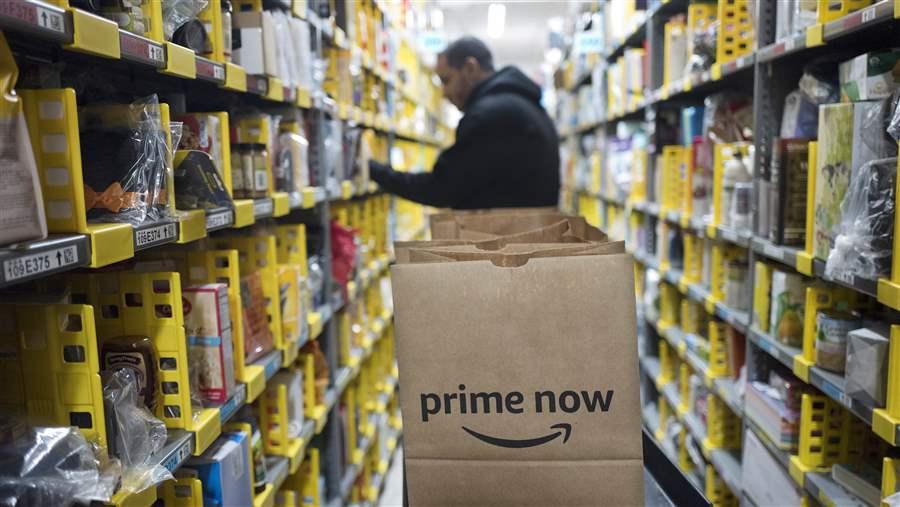 A clerk picks an item at an Amazon Prime warehouse in New York. Amazon announced it has narrowed to 20 the list of potential sites for its second headquarters.

Amazon has narrowed to 20 the locations still in the running for its $5 billion second headquarters, including three in the Washington, D.C., area, and one in Canada.

Los Angeles was the sole West Coast city to make the cut. Suburban Montgomery County, Maryland, and Northern Virginia, both near the nation’s capital, survived, as did some expected cities like Dallas, Denver, and Raleigh, North Carolina, which are centers for existing tech industry, and which have lots of land for expansion.

Toronto, Ontario, made the list, as well as big U.S. cities such as Atlanta, Boston, New York, Philadelphia, Pittsburgh and Miami. Smaller sites like Columbus, Ohio; Indianapolis, and Nashville also survived the initial round, which whittled 238 proposals down to the 20.

All of the cities put together incentive packages — tax cuts, property deals and other enticements — to lure Amazon. In his parting gesture before leaving office earlier this month, former New Jersey Gov. Chris Christie, a Republican, signed a $5 billion tax incentive package for Amazon, which would take effect if Newark, which made the top 20, is selected.

The 238 initial competitors were willing to offer incentives to Amazon despite evidence that companies don’t always live up to their promises in return for such deal-sweeteners. Last week, Discovery Communications, which received Maryland state tax incentives to locate in Montgomery County about a decade and a half ago, and a new loan from the state just last year to finance a renovation, announced it was pulling up stakes and moving to New York City.