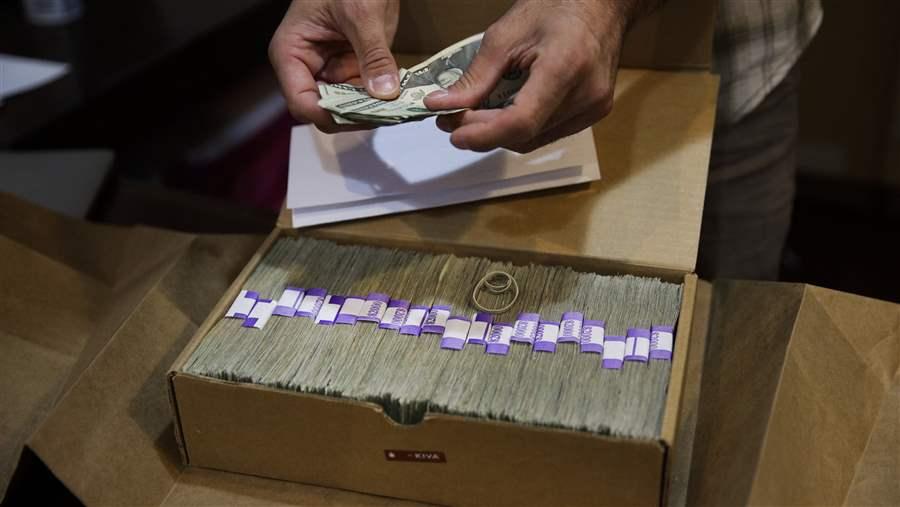 The owner of a medical marijuana dispensary in Los Angeles prepares his monthly tax payment. Marijuana businesses may become even more dependent on cash thanks to recent action from Attorney General Jeff Sessions.

By rolling back an Obama-era memo that shielded legal marijuana users, growers and distributors from federal prosecution, U.S. Attorney General Jeff Sessions may compel many banks and credit unions to stop working with marijuana businesses.

Without access to the banking system, the rapidly growing marijuana industry — valued at $6.7 billion in 2016 — would have to rely on cash. That would make cannabis businesses, owners and employees vulnerable to theft and complicate state efforts to collect taxes on drug sales.

Taking away the banking guidance could have a bigger impact on the state-sanctioned cannabis industry than giving federal prosecutors more leeway to bring legal action against it, said Andrew Freedman, a consultant who previously served as Colorado’s “pot czar.”

While prosecutions depend on a number of factors, from prosecutors’ desire to go after cannabis businesses to the volume of cases courts can handle, many — if not all — of the 390 banks and credit unions that currently provide accounts to marijuana businesses would drop those accounts if the Treasury bureau in charge of safeguarding the financial system, called the Financial Crimes Enforcement Network or FinCEN, changed its directives, say banking and cannabis industry insiders.

“The FinCEN guidance was the one place they went to mitigate risk,” Freedman said of financial institutions. 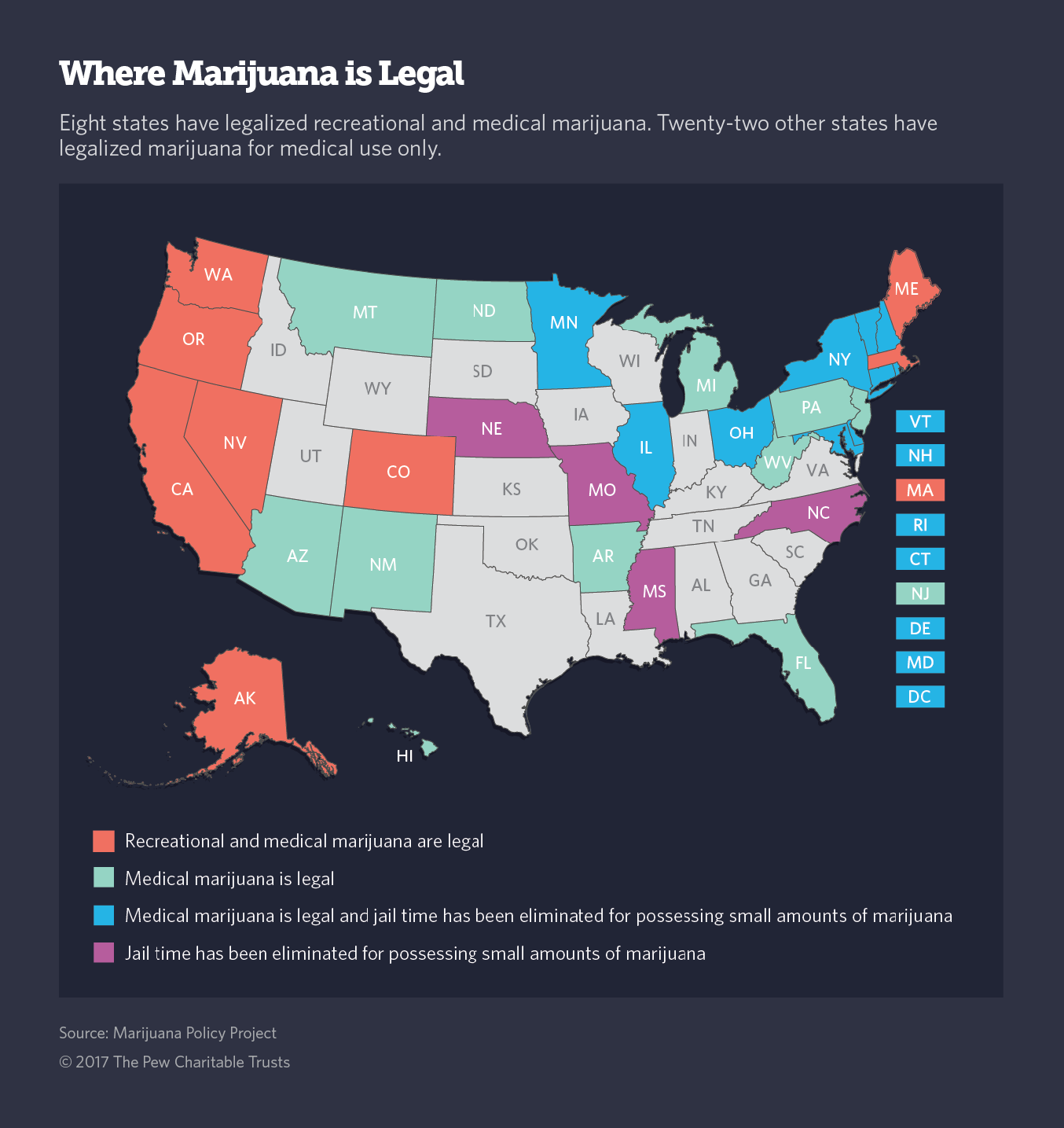 Banking has always been a challenge for the cannabis industry in states that allow sale and possession of the drug. Marijuana remains illegal at the federal level, and federal law requires banks to steer clear of participating in illegal activity. Still, thanks to the Obama-era guidance, a growing number of financial institutions have started to serve the industry.

Rachel Pross, chief risk officer for Maps credit union in Oregon, where recreational marijuana sales are legal, says her institution has a plan in place to drop their marijuana-related accounts if the federal government pulls both the Justice and Treasury guidance. “If we didn’t have that guidance and framework to follow, we could in theory be prosecuted for federal money laundering,” she said.

Maps is one of the few financial institutions in Oregon that have been openly serving marijuana businesses. Without it, businesses may have no other option but to rely on cash. “In the worst-case scenario, if we faced federal prosecution for continuing to serve these businesses, we’re talking like $30 million being put back into the streets of the Willamette Valley,” Pross said.

Pross said she expected the Justice and Treasury department guidance to be changed at the same time, because the 2014 Treasury guidance tells banks and credit unions to monitor marijuana-related accounts for any activity listed as an enforcement priority in the Justice Department memo.

But Sessions’ marijuana enforcement memorandum made no mention of the Treasury guidance, and the Treasury department has yet to announce any changes to its policy.

“FinCEN works closely with law enforcement and the financial sector to combat illicit finance and provide relevant information that allows law enforcement to pursue their priorities. We will continue to work with DOJ and other stakeholders on this issue,” Steve Hudak, chief of public affairs for the Treasury bureau, said in a statement.

Lawyers who advise banks are now scrambling to clarify the rules. “The Sessions rescission technically states that it is business as normal, and hence it is possible for FinCEN not to rescind its guidance, but rather, to clarify it by deleting the references to the Cole Memorandum,” Joseph Lynyak, a banking regulation expert and partner at the law firm Dorsey & Whitney, said in an email. That would allow Treasury to maintain some version of the guidance that permits marijuana accounts.

However, now that the Justice Department has given federal officials more leeway to go after the marijuana industry, banks and credit unions that are following the Treasury guidance and filing regular reports on their marijuana-related accounts run a higher risk of prosecution, he said.

That’s a risk some banks and credit unions may not be willing to take — regardless of the fate of the Treasury guidance.

Hilary Bricken, cannabis business attorney and head of the Los Angeles office of the firm Harris Bricken, said financial institutions currently working with marijuana businesses may keep doing so for now, but banks and credit unions that were thinking about entering that line of business may steer clear. “I am positive that it will chill participation for those who are thinking about it,” she said.

The financial institutions that serve the industry have always known that the Obama-era guidance was fragile and they might have to eject marijuana clients in a hurry. Sessions, a longtime foe of marijuana legalization, became attorney general last February and hinted in December that change was coming.

“From day one when we started this business, we had an exit strategy. We’ve always kept an eye on the Cole memo,” said Shane Saunders, chief experience officer at Maps.

Saunders said the credit union will survive if it has to drop its marijuana accounts. He’s more worried about how the surrounding community will handle an influx of cash. “That’s really our greatest concern,” he said.