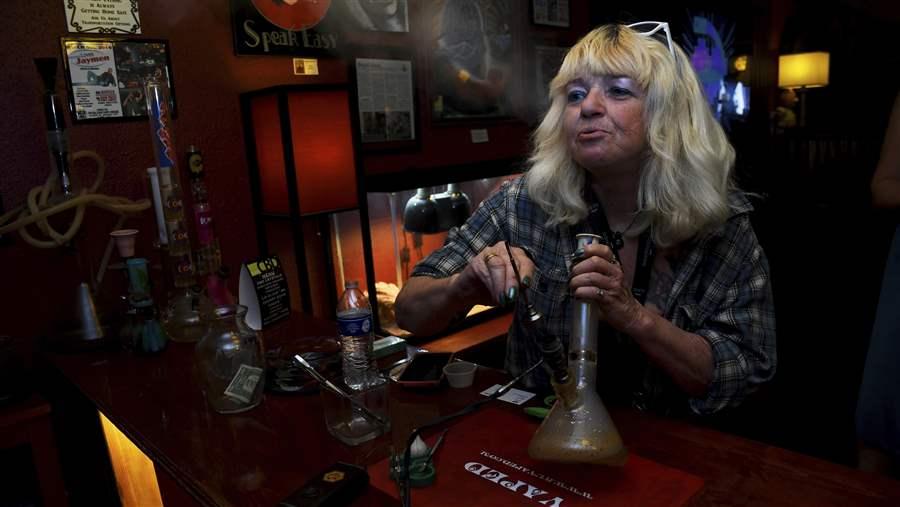 In the spring, Alexis Bronson made weekly trips to the redwood forests of Humboldt County to buy marijuana wholesale from renegade growers with farms hidden in the hills of Northern California.

The U.S. cannabis industry entered a new era Wednesday as Congress approved a wide-ranging farm bill that will treat hemp like any other agricultural crop, rather than a quasi-controlled substance.

The Little Town That Pot Built

This Saturday, tiny Garden City will throw a party to celebrate improvements to its main street. Officials will close a block to traffic and install an ice-skating rink in the middle of the road. There will be horse-drawn carriage rides. There will be hot toddies. And there’ll be three blocks of new sidewalks, crosswalks, benches and trees to show off to the public.

Marijuana Legalization Wins in 3 of 4 States

Adults in Michigan can now use marijuana recreationally, and Missouri and Utah residents can use the drug for medical purposes, thanks to ballot measures voters approved on Election Day.

Hemp, on the Brink of Being Legal, Still Faces Challenges

It’s a giddy time for the U.S. hemp industry. Farmers are planting more acres. Businesses are selling more products. And with Congress on the brink of fully legalizing hemp, industry insiders are eagerly anticipating a boom.

Pizza, Pad Thai and Pot: Home Delivery of Marijuana Is Legal in These States

It's been legal to buy small amounts of marijuana in Colorado for over four years. But consumers can’t order buds, edibles or the marijuana concentrate called “shatter” through the mail — that’s illegal under federal law. And they can’t have weed delivered to their doorstep, like a pizza or an order of pad thai.

This Extract Is Driving a Hemp Gold Rush. But Is It Legal?

In a few months, Dani Fontaine Billings will plant 80 acres of hemp at her farm here, out behind a clapboard farmhouse with views of the Rocky Mountains.

By rolling back an Obama-era memo that shielded legal marijuana users, growers and distributors from federal prosecution, U.S. Attorney General Jeff Sessions may compel many banks and credit unions to stop working with marijuana businesses

Banks and credit unions are becoming more comfortable serving marijuana businesses. But the progress could be wiped out by President Trump’s Justice Department.

In These States, Past Marijuana Crimes Can Go Away

Some states have made it possible for people to hide past convictions for possession, cultivation and manufacture of marijuana

Where Buying Marijuana is Legal, But There’s Nowhere to Smoke It

States face multiple legal issues as they try to create venues for lounges, tasting rooms and other semi-public venues for marijuana consumption.

As the Trump administration signals closer scrutiny of marijuana in states that have legalized it, three Western states are trying to rein in far-flung home growers.