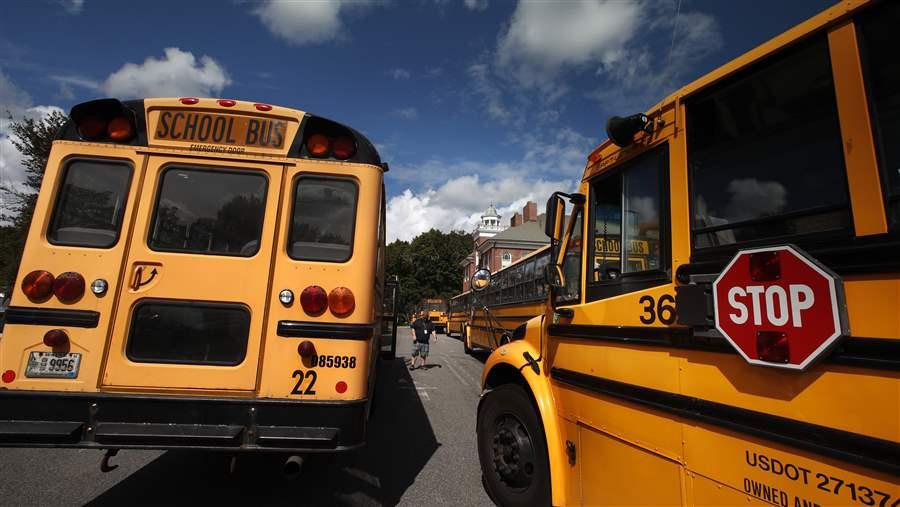 As part of a 2016 federal court settlement after Volkswagen admitted programming its diesel vehicles to cheat on emissions tests, the automaker agreed to pay $2.8 billion to states to be used to reduce diesel pollution. And with money arriving as early as June, states are already deciding how to spend their share of the funds.

The infusion of money comes at a time when states are struggling to meet air quality standards and believe they won’t be able to do it without widespread adoption of low- and no-emission vehicles, from the Nissan Leaf in someone’s driveway to propane-fueled city buses and electric freight locomotives in public and corporate fleets. The VW funds — ranging from $8 million to $423 million per state, depending on the number of diesel VWs sold — could jump-start a viable market for alternate-fuel and electric vehicles, clean energy experts and state officials say.

“The hidden value of the VW settlement is creating an interest and appetite [among] agencies that might not otherwise have been participating in clean-vehicle technologies,” said Dan Welch of the Center for Climate and Energy Solutions, a nonprofit that advocates for clean energy.

Under the settlement, negotiated by the U.S. Environmental Protection Agency and the California Air Resources Board, states can spend the VW money on grants to both public agencies and private businesses. Each state has named a lead agency — whether environmental, energy or transportation — to oversee the projects, and 11 states (Arkansas, Connecticut, Colorado, Delaware, Maine, Nevada, Oregon, Pennsylvania, Virginia, Vermont and Washington) have already released draft plans outlining their proposed grants to replace engines that spew nitrogen oxide, or NOx.

States can spend as much as 15 percent of their payout to subsidize construction of public charging stations for electric cars. Most states are likely to spend the full amount, said Nick Nigro of Atlas Public Policy, a transportation electrification consulting firm: 17 states have already said they will do so. (Under a separate part of its court settlement, Volkswagen is spending $2 billion to build electric car charging stations and $10 billion to buy back diesel cars from consumers.)

Clean-energy advocates say public transit and school buses are likely targets for state programs for diesel replacement. Parents like the idea of getting rid of diesel fumes at the school bus stop. And the VW funds are arriving at a time when transit systems around the country are increasingly trying out electric and hybrid buses.

“There’s an enormous amount of public interest on the school bus side,” said Will Toor, transportation program director at the nonprofit Southwest Energy Efficiency Project, a regional advocacy group.

In New Mexico, a group of voters rallied in November to demand the state devote its $18 million settlement to zero-emission school buses to protect children with asthma. In South Carolina, the Department of Education wants to use all of the state’s $34 million payout to begin replacing the state’s 5,600 diesel buses, which average more than 15 years old.

In July, the Los Angeles Metro public transit system pledged to convert its fleet of 2,200 buses from compressed natural gas to electric power by 2030; the first purchase of 95 electric buses, to be on the road beginning in 2020, will cost $138 million. In Seattle, King County Metro has committed to buy only electric buses after 2020.

Still, just over half of the 71,000 transit buses in the U.S. remain diesel-powered, according to the federal Alternative Fuels Data Center.

In Colorado, the state’s proposed plan calls for about one-quarter of its payout, or $18 million, to subsidize new electric and compressed natural gas transit buses.

“What this [VW settlement] can do is make it easier for more transit agencies to try more electric buses on a greater number of routes, and become familiar with them and see that they really work for them,” Toor said.

In California, which has perhaps the nation’s most extensive, and complex, air quality mitigation programs, much of the $423 million in VW settlement money will likely go to existing programs to reduce diesel emissions in neighborhoods near warehouses, industries and seaports, said California Air Resources Board spokesman David Clegern. Those programs include vouchers to offset costs of businesses buying hybrid and zero-emission trucks and buses, and demonstration projects for electrification of forklifts, refrigeration units and yard trucks at freight facilities.

While the state has made strides in making cars cleaner, trucks haven’t reached the same standard, Clegern said. “There’s just a lot of trucks there, and a lot of trucks that sit and idle. If you’re at a port and your truck is moving six inches every 30 minutes, you’re putting out a lot of stuff.”

“There’s a tension in a way between wanting to get the most immediate thing for your buck by going for the low-cost diesel, the newer diesel vehicles, and going all the way to zero emission,” said Max Baumhefner of the Natural Resources Defense Council, an electrification advocate.

New diesel vehicles cost less than electric or alternate fuel vehicles, and don’t require charging infrastructure or new fueling stations. But zero-emission vehicles are cheaper and cleaner long-term, said Nigro of Atlas Public Policy. “It’s clearly a lot of work up front. It’s a lot easier to swap out an old diesel bus for a new diesel bus. But that’s not going to move the needle on emissions, particularly NOx emissions.”

Colorado, which will receive $69 million from the VW settlement, will only offer subsidies for truck and bus owners to replace old diesel engines with alternate-fuel or electric vehicles. For private businesses, it plans to pay $100,000 toward the cost of a new electric dump truck, or $36,000 for a dump truck powered by propane. For government-owned fleets, subsidies are higher: $200,000 for an electric heavy-duty truck or $50,000 for a propane-powered one.

Only small businesses with fewer than nine trucks can apply for reimbursement for replacing old diesel trucks with newer “clean” diesel. In all cases, the old diesel-powered trucks must be scrapped.

“We’re not limiting ourselves in any way shape or form,” said Paul Farrell, assistant director of air planning for Connecticut’s Department of Energy and Environmental Protection. “We want to see what the projects are out there.” Connecticut also plans to subsidize new electric vehicles at a higher rate than replacement with new diesel.

But proponents of electric transportation say allowing new diesel engines at all is a poor use of mitigation trust money.

“If this was five years ago, we wouldn’t even be having this conversation because there weren’t electric options even on the horizon’’ for medium- and heavy-duty trucks, Toor said.

The swift evolution of alternate-fuel transportation is partly why Colorado plans to put 18 percent of its settlement money — $12.2 million — in a “flex fund,” to be allocated after it becomes clear which programs will be most successful, said Chris Colclasure, deputy director of the air pollution control division of Colorado’s Department of Public Health and Environment.

“We didn’t want to decide everything up front and lock ourselves into spending everything in a certain way,” he said.

States’ money from the Volkswagen settlement may be least effective at combating nitrogen oxides from long-haul trucking, a major source in many states. A tractor-trailer heading through Pennsylvania and Ohio on Interstate 80, for instance, may be owned by a company headquartered elsewhere and not eligible to take part in either state’s diesel replacement program.

“While significant, the VW money is not enough to tackle all of the sources of diesel pollution out there,” Baumhefner said. “The good news is that there’s still plenty of bad air to go around. There’s no shortage of opportunities here to get dirty diesel off the road.”