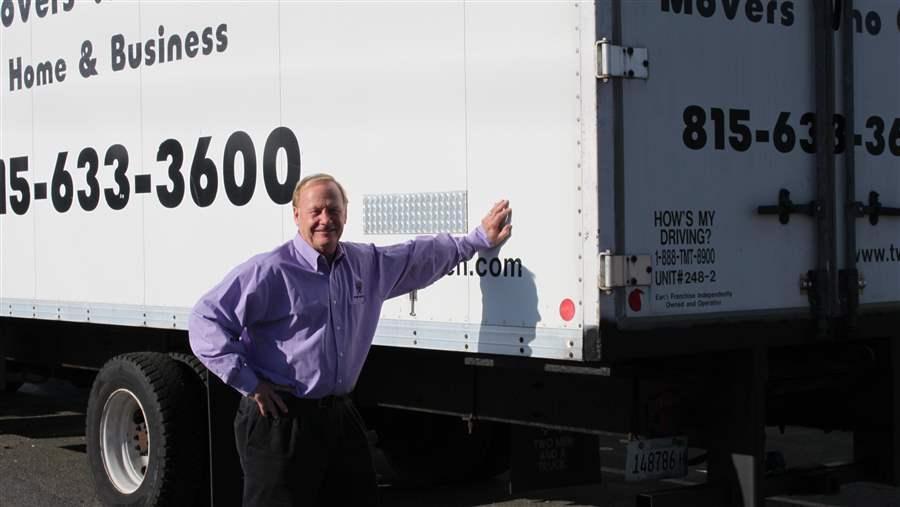 The owner of a moving company poses with a truck in Loves Park, Illinois. Illinois is one of eight states that lost population between 2016 and 2017.

Kristen Zambo, The Journal-Standard, via The AP

Eight states lost population between July 2016 and July 2017, according to new U.S. Census Bureau estimates. If the estimates hold up, it would be the first time in 30 years that so many states lost residents in a single year.

Last year (between July 2015 and July 2016) the Census Bureau also identified eight states with population losses, but it has since revised those numbers, taking Mississippi and New York off the list.

The last time eight states lost population in one year was between 1986 and 1987, when a collapse in oil prices hit the economies of energy-producing states.

“Domestic migration drove change in the two fastest-growing states, Idaho and Nevada, while an excess of births over deaths played a major part in the growth of the third-fastest-growing state, Utah,” said Luke Rogers, Chief of the Population Estimates Branch.