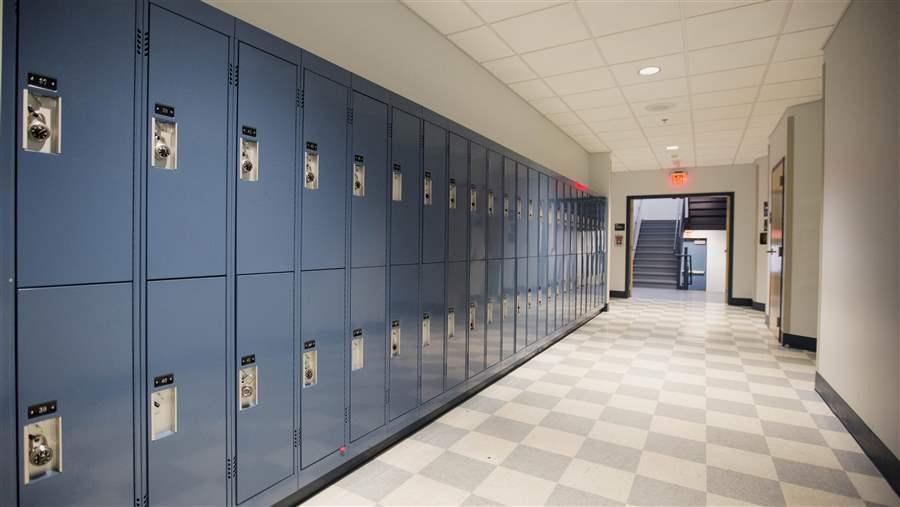 The cellphone video is shocking: A high school student shoves a teacher, then hits him face-on and is still hurling punches, his peers giggling along, as the man tumbles backward onto the floor.

The August attack at a Milwaukee high school went viral and had officials in Wisconsin wondering how they can protect teachers against classroom violence.

The question has been around for years, and most states allow law enforcement agencies and courts to notify school districts of potentially criminal juveniles. But a state lawmaker in Wisconsin wants to go further, saying the classroom teachers that work directly with students should be notified, and raising questions about the intersection of student privacy and teacher safety.

Some educators say they don’t want that kind of help — they argue their colleagues might treat children differently after a brush with the law — and advocates for juveniles say further access to records violates children’s privacy and assumes guilt.

“I don’t think teachers could have that information and not have it shape their response to a young person, especially a young person that hasn’t been found guilty of anything yet,” said Naomi Smoot, executive director of the Coalition for Juvenile Justice, a Washington, D.C.-based group that advocates for the rights of children in the justice system. “My fear is they would use that as ammunition to discipline a child rather than to back up their reasoning for disciplining a child.”

Months before the Milwaukee attack, a Green Bay middle school teacher told her school board that she was quitting, in fear for her safety at a school in turmoil. Weeks earlier, she said, another teacher was carted off in an ambulance after breaking up a fight.

Five percent of teachers reported being attacked by a student in the 2011-12 school year, according to the most recent available data from the National Center for Education Statistics.

But those figures are particularly high in Wisconsin, where 11 percent of teachers said they were attacked by a student.

Under current law, Wisconsin law enforcement officers may notify schools when a student is arrested, but they’re not required to. Under a bill proposed by state Rep. Jeremy Thiesfeldt, a Republican and a former private school teacher, they’d be required to do so within 24 hours of an arrest after a violent incident. He said teachers will be able to do their job better if they are aware of traumatic incidents that happen outside of school grounds. His bill would apply to both public and private schools.

“If they’ve committed one act they’d certainly be willing to commit another,” he said. “If a student had some sort of incident outside of school and is arrested for that, we want teachers to know. … That way I can teach them better, I can protect myself better, and I can teach class better.” 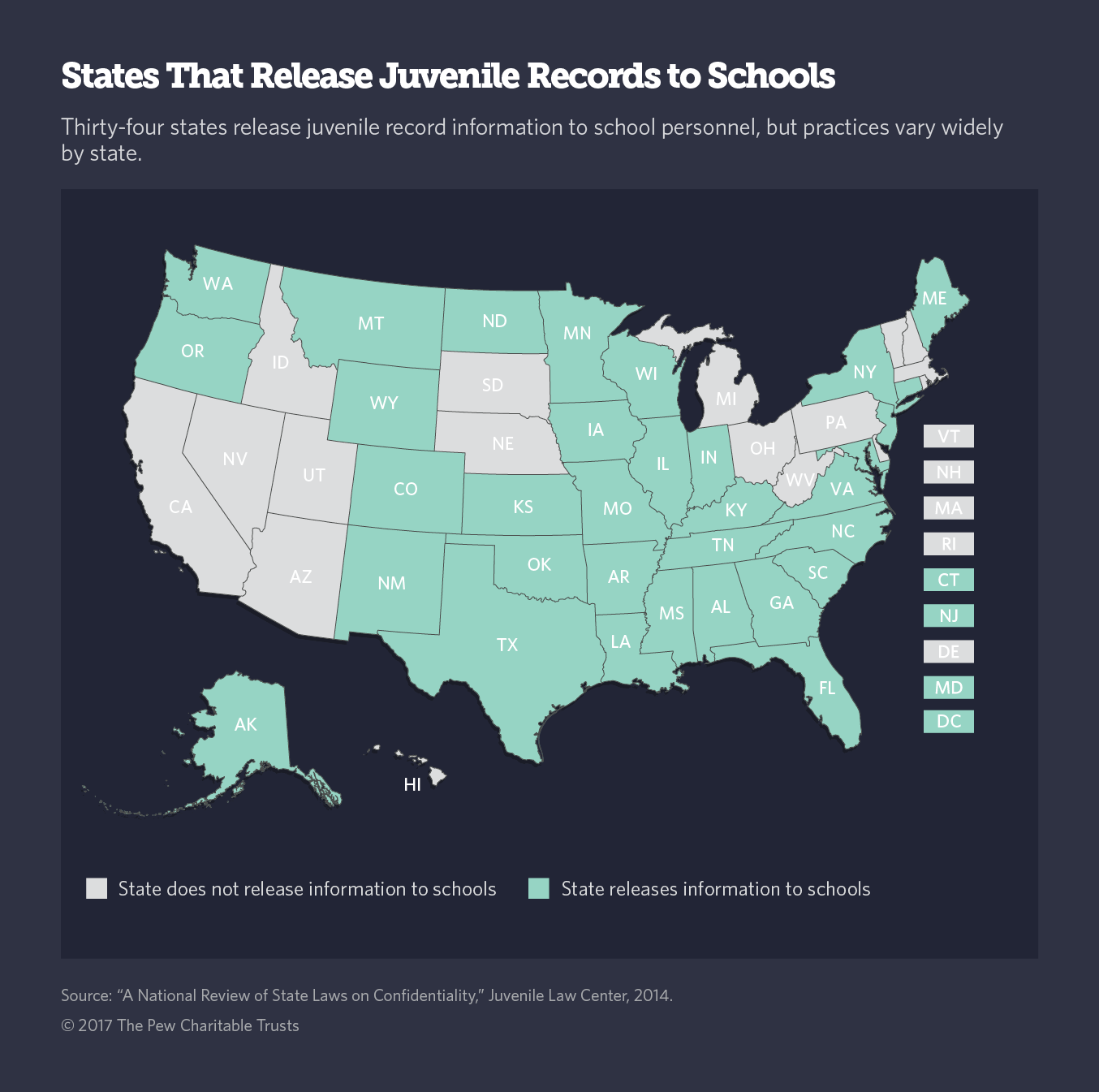 ‘Just Something to Prepare Us’

Carolyn Gilbert was alone in her high school classroom after school in Elgin, Illinois, in 2008 when a student asked to wait for the bus in her room to avoid the chilly January weather. But he soon pulled out a knife and started stabbing. She lost an eye as a result.

In the aftermath of the attack it became clear that others had been aware the student may have been dangerous, she said.

Gilbert said he had been arrested before, but she was never notified. And once news of her attack was reported, she said a middle school girl who previously called police when an unknown teen tried to kidnap her identified Gilbert’s attacker as the suspect who approached her.

Illinois ended up changing its law as a result of the attack on Gilbert, and since 2013 the state has allowed law enforcement to verbally share records with teachers, though they cannot become part of school records.

“I wouldn’t have been in the room alone with him,” Gilbert said. “[Teachers] don’t have to know all the particulars, just that he has violent tendencies or something in his past — just something to prepare us.”

Janet Bass, a spokeswoman for the American Federation of Teachers said the group did not have a policy on sharing student criminal records with teachers. But a recent survey by the union found that 27 percent of teachers reported being threatened, bullied or harassed — and that in half the cases the perpetrator was a student.

Dorothy Espelage, a psychology professor at the University of Florida who helped write an American Psychological Association paper on workplace dangers to teachers, said education is one of the few fields in which workers are offered little data about the dangers involved with the profession. She wants to create a registry similar to those offered in other fields to help teachers compare the risks of working in different local schools.

“If you’re a nurse, you can find out if you’re going to Hospital A what your chances are of getting attacked by a patient,” she said. “We’ll score schools on test scores and that type of thing, but wouldn’t you want to know as a professional if you’re going to this school on the South Side of Chicago, what the risk is?”

But even with the dangers facing teachers, she says they should not have access to student criminal records.

“I’d be concerned about ways they would stereotype that kid. … It would totally bias the way they interacted with those kids,” Espelage said, questioning whether teachers would understand how to read a rap sheet or assess the long-term likelihood for recidivism. “They’re not criminologists, and they’re not lawyers.”

Gilbert said having that information doesn’t have to change how teachers view their students.

“You don’t treat them differently, you just treat the situation differently,” she said. “I know people have issues with violating privacy, but I lost an eye because of this, and it changed my life entirely. I think there’s a middle ground here.”

Oklahoma state Rep. Bobby Cleveland, a Republican, said many teachers in his state complained to him about discipline and safety issues. In 2014 he sponsored a measure that would have required police to notify schools within 24 hours if a student was arrested, but it did not move out of committee.

In Wisconsin, Kerstin Westcott, a Green Bay teacher, resigned at the end of the 2016-17 school year, citing a number of violent incidents and telling the school board in a high-profile public statement, “I fear for my safety every day.” She told the board that school staff face constant physical and mental abuse from middle school students and said teachers are in danger every day.

Despite its high reported rates of violence against teachers, Wisconsin has seen suspensions drop from about 45,000 students in the 2011-12 school year to nearly 34,000 in 2015-16, the most recent school year for which data are available.

But Thiesfeldt said suspensions aren’t going down because students are behaving better. Teachers have become hesitant to suspend students after a letter that the Department of Justice sent out under the Obama administration warning that discipline policies should not have a disparate impact on students of color.

Riya Saha Shah, a senior supervising attorney with the Juvenile Law Center in Philadelphia, said the proposed policy could disproportionately impact students of color who may live in neighborhoods that are more heavily policed. She said information should be shared with discretion.

“Something shared with administrators doesn’t necessarily need to be shared with teachers,” she said, “and definitely not other parents or students.”

Education groups in the state have come out against Thiesfeldt’s proposal.

Ron Martin, an eighth-grade social studies teacher and president of the Wisconsin Education Association Council, said teachers already have a wealth of information about students from prior years’ school records.

He said notes from counselors might let a teacher know a student has had trouble with the law.

Sacrificing that little bit of student privacy is well worth it, according to Thiesfeldt, if it improves the safety of teachers and other students.

“These are impulsive people in high school, generally,” he said. “I know that — I taught them. They don’t think things through often, and there should be some caution exerted.”