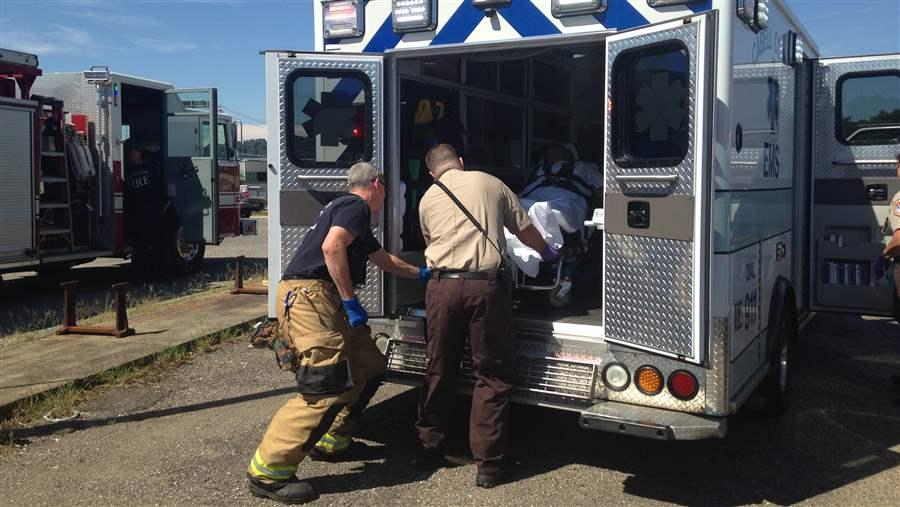 Four months later, the DEA’s Washington/Baltimore High Intensity Drug Trafficking Area (HIDTA) team had developed a smart phone application that could be used by first responders to record the time and location of overdoses and transmit the information to a regional mapping database.

Today, that tool, known as ODMAP, is used by more than 250 law enforcement, first responder and public health agencies in 27 states.

In an opioid overdose epidemic that killed more than 53,000 Americans last year and shows no signs of relenting, nearly every community in the nation is fortifying its public health, emergency medical and law enforcement response. But with limited resources, it’s essential to target efforts where they are needed most, said Washington/Baltimore HIDTA deputy director Jeff Beeson.

Since the epidemic began, a few cities and states have begun collecting data on drug seizures, arrests, overdose deaths and other collateral effects of the opioid epidemic.

Indiana, for example, is working on a statewide, multi-agency database that includes information on pharmacy robberies, overdose-related ambulance calls and the use of the opioid overdose antidote naloxone. Alaska, Arizona, Florida, Maryland, Massachusetts, Minnesota and Virginia have declared the opioid epidemic a state of emergency, in part to enable better information sharing among agencies.

But few states are sharing data with other states. And there has been no consistent, timely nationwide data available on drug overdoses. The U.S. Centers for Disease Control and Prevention compiles overdose death data from state death certificates, but the information is published only once a year and is more than a year old.

According to Beeson, ODMAP is the only tool designed to track drug overdoses, both fatal and non-fatal, by location, as they happen. And because the same application can be used by all state and local authorities, the resulting database is the first to support a nationwide map.

The more states and counties start using the free application, he said, the better it will become at analyzing how overdoses move from one neighborhood, county or state to another.

“We already know, for example, that drugs are moving along major highways from Baltimore to West Virginia and down to Northern Virginia,” Beeson said. With ODMAP, an overdose spike in Baltimore can serve as an early warning for Berkeley County, West Virginia, and Alexandria, Virginia, for example, that a potential surge may hit their communities a couple of hours later, because the same dealers will be selling the same high-potency drugs along their usual routes.

After first responders attempt to rescue an overdose victim in a home, parking lot, public restroom or on the street, they record the incident with a single click on one of six colored-coded bars displayed on the app. For non-fatal overdoses, the bars indicate whether naloxone was administered and if so, whether one or multiple doses were used. For fatal overdoses, the choices are the same.

The information is then transmitted to a central database along with the location and time. On a moment-to-moment basis, maps of all known overdoses in an area can be accessed by hospitals, emergency medical teams, police, public health officials and policymakers to either prepare a response or analyze trends.

If there’s a spike in overdoses, for example, police, fire and emergency medical responders can stock extra doses of naloxone in their vehicles and make sure sufficient staff is on standby. Hospital emergency departments can prepare for an influx of overdose-related cases. And public health officials can direct training and distribution of naloxone to the affected neighborhoods to help prevent further deaths.

The police department in Columbia, South Carolina, was one of the first to adopt ODMAP. Police Chief William “Skip” Holbrook said he immediately saw the value of the tracking tool because his last job was in West Virginia, where the overdose rate is highest in the nation. He said he learned from his tenure in Appalachia that illicit drugs and the crime and deaths they cause seldom remain isolated.

Although West Virginia had been suffering from the opioid epidemic for more than a decade, it was just emerging in South Carolina when he started his job there three-and-a-half years ago. Holbrook said about a year after he arrived, he became concerned that heroin would start moving into Columbia and surrounding Richland County from Myrtle Beach and other coastal towns where it was becoming a growing problem.

Now that’s happening, Holbrook said. But with the Richland and Charleston County Sheriff’s Departments contributing overdose data to ODMAP, he said, it has allowed officials to see where, and how quickly, the problem is spreading, which has allowed the Columbia police force to be more proactive.

“It’s not a matter of whether the drugs will come to your jurisdiction,” he said, “but when and how prepared you’re going to be.”