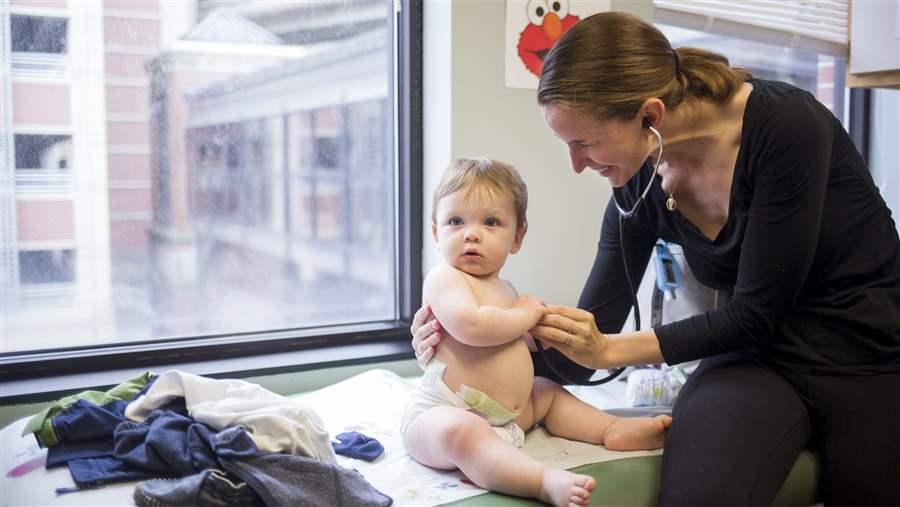 While Congress has failed to restore funding to the popular Children’s Health Insurance Program (CHIP), the Trump administration has made $230 million in excess funds from previous years available to five states and four U.S. territories that were in danger of running out of money the soonest.

Congress didn’t meet the Sept. 30 deadline for renewing the $15 billion a year program, which provides health care for children and pregnant women from low-income families who don’t qualify for Medicaid. While committees in both houses of Congress passed bills to reauthorize CHIP last week, it doesn’t appear that a final measure will emerge soon.

But not all states had leftover money. Minnesota initially expected to run out of money within a month. Other states were expected to expend all funds by the end of the calendar.

But the law allows the Centers for Medicare and Medicaid Services (CMS) to distribute funds left over from an earlier period, prior to 2016, to help now in cases of a shortage in CHIP funds.

CMS finally announced those dispersals this week. Arizona will receive $21.8 million, California $176.9 million, Minnesota $3.6 million, Washington $10.4 million and Oregon $14.2 million. The balance of the $230 million is going to the U.S. territories of American Samoa, Guam, the Northern Mariana Islands and the Virgin Islands.

The extra money will help those states keep their programs going a little longer. Minnesota, for example, said that the additional funds will keep its CHIP program running through the end of this month.

Some states are statutorily required to end their programs when the federal CHIP money stops. Others will be faced with difficult decisions, whether to devote additional state resources to CHIP or cut enrollment or benefits.