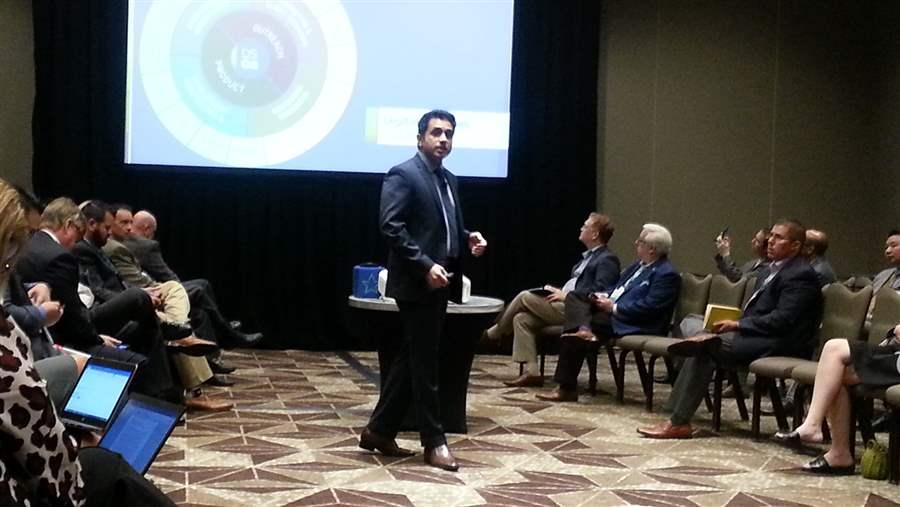 AUSTIN, Texas — Imagine a day when you can renew your car registration, pay your taxes and apply for Medicaid, all by clicking on to one state web portal.

That’s what some state technology officials envision, as they consider ways to create an Amazon-like, one-stop-shopping destination for the public.

“If states don’t get on it soon, we’re going to look like dinosaurs,” said Tennessee Chief Information Officer Mark Bengel. “Many states are thinking about this. They know it’s ultimately where they have to go. They’re just trying to figure out the best way to get there.”

It’s a vision that was a hot topic among some officials who run information technology departments at last week’s National Association of State Chief Information Officers (NASCIO) conference in Austin. They say creating a single portal that would offer online services seamlessly would lower costs for states and make things easier for the public. But they admit it’s a complex task, and states’ cybersecurity concerns make it even more of a challenge.

The idea is for every state agency’s website to be connected through the portal. Individuals who choose to sign up would create a username and password and fill in their personal information. They also could include their credit card number, which could be saved.

Logging on to the portal would allow users to get information about a variety of services, sign up for a state program, or pay for everything from fishing licenses to child support, simply by adding items to a shopping cart.

Doug Robinson, NASCIO’s executive director, calls the concept “complex, challenging and very ambitious.” He said a number of states, including Ohio and Michigan, plan to or already have launched projects aimed at offering such one-stop-shopping portals to the public.

“Citizens already are frustrated when they try to get services online,” Robinson said. “This would reduce the friction, and it would save a lot of money for the states.”

But states considering such a move face a number of obstacles. One is to ensure the system would be safe from cyber threats and users’ privacy would be protected.

“We are absolutely concerned about cybersecurity,” said Derek Bridges, a program administrator at the Ohio Department of Administrative Services. “If people are going to give us personal or financial information, we have to safeguard it.”

Another obstacle is the technical difficulty in building a complex system with one interface for all state agencies, which do business their own way and often exist in their own silos.

“It would be tricky getting everyone together. That wouldn’t be easy,” said Nikhil Deshpande, Georgia’s chief digital officer, who noted that his state has been considering such a project. “But I think it would be the right thing to do, and we’d definitely be able to save money.”

Some states already are on their way to creating an Amazon-like experience.

Ohio has built a digital portal; it is working to connect nearly two dozen state programs to it and hopes to add many more, Bridges said.

The vision is for users, both individuals and businesses, to be able to log on and not only order any state service but also check on recent transactions, Bridges said.

The portal also would connect interested users with other programs or resources they might need, such as home heating assistance. Often, he said, people are forced to go on “a treasure hunt” because they don’t know which agency to go to for help or how to find information.

In Ohio, the initial project was launched last November with $18 million from the state and the U.S. Department of Commerce, according to Bridges. He said it’s hard to forecast how much more it would cost in the future as more state programs are added.

Some states already have one-stop portals specifically for businesses. But Bridges and IT officials from other states say it makes economic sense to create portals for individuals as well because it would speed up services to the public, require less staff time, and eliminate duplication.

Utah also is moving ahead with a one-stop portal project. To start, it has built a prototype intended for businesses. Those that sign up and give their credit card information would be able to file monthly sales taxes, renew business licenses, and do everything else with a few clicks, said Utah Chief Information Officer Michael Hussey.

Hussey said it cost about $200,000 to build the prototype, which consolidated websites from six agencies. If officials get the OK from the Legislature in 2018 to tack a small fee on to business license renewals to pay for the portal, he anticipates the system will be up and running within a year.

At that point officials would turn to their next goal, which is to widen the portal’s reach to residents. “It’s a heavy lift to get there all at once,” Hussey said, “so we thought we’d start with businesses and then expand it.”

Eventually all 29 executive agencies would be included in the portal.

Hussey said he doesn’t know how much the portal will cost, but he thinks it will save the state money in the long run.

NASCIO’s Robinson predicts more and more states will create their own digital portals in the years to come, although it’s unlikely they’ll all wind up being able to offer every service online, given the challenges.