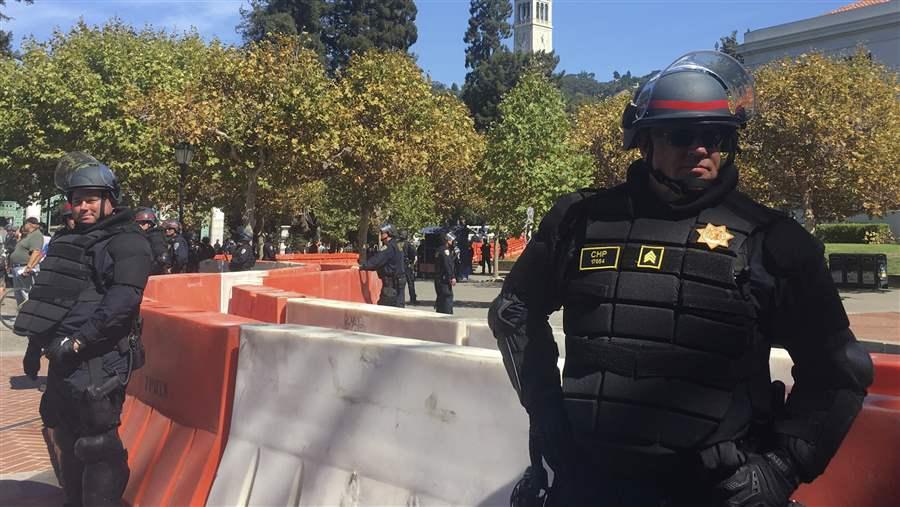 The U.S. Justice Department has filed a legal brief supporting the plaintiffs in a campus free speech lawsuit, one of many such briefs Attorney General Jeff Sessions has promised the agency will file in the months to come.

The lawsuit concerns Georgia Gwinett College. Students there sued the public institution over its “free-speech zone” policy, which restricts certain speech to two small areas of campus. The Justice Department’s Statement of Interest argues that the college’s policy is overly broad and violates the students’ right to free speech and to equal protection under the law.

Since 2014 at least seven states have passed laws that aim to strengthen campus free speech. Many other states considered bills on the subject this year. Five of the seven state laws prohibit campuses from limiting protests, rallies and pamphleteering to designated zones.

North Carolina passed a law in July that directs the Board of Governors of the University of North Carolina to develop a free expression policy that requires universities to abolish free-speech zones and discipline students who substantially disrupt protests, among other requirements.

Legal experts say the state laws don’t achieve much, because public colleges and universities are already required under the U.S. Constitution to protect free speech.

In a speech at Georgetown University, Sessions made it clear that he doesn’t think colleges are doing enough. “The American university was once the center of academic freedom — a place of robust debate, a forum for the competition of ideas,” he said in prepared remarks. “But it is transforming into an echo chamber of political correctness and homogenous thought, a shelter for fragile egos.”

He said that protecting speech doesn’t extent to condoning violence, a nod to the violent clash that took place in August between white supremacists and counter protesters in Charlottesville, near the University of Virginia.