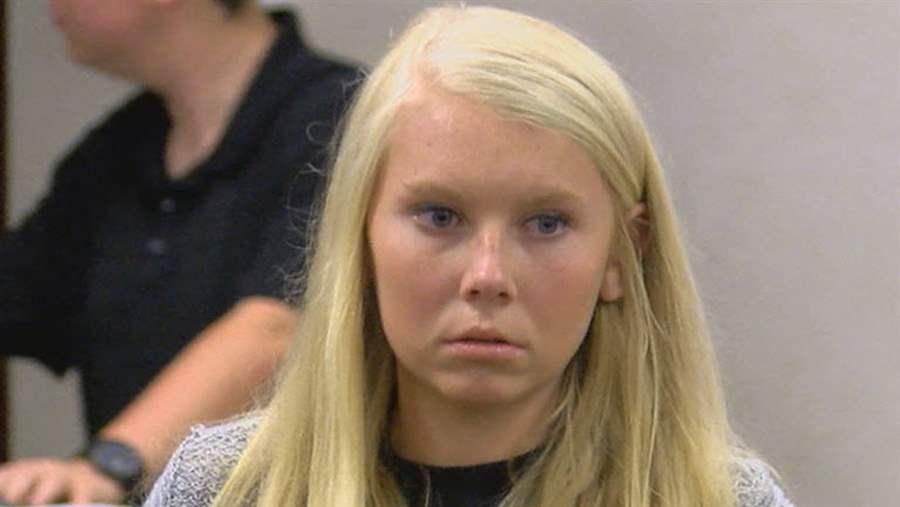 Brooke Skylar Richardson, appearing in criminal court in Franklin, Ohio, has been charged with the murder of her newborn infant. Many states have taken action this year to combat child abuse and neglect.

Spurred by high-profile cases of endangered children and chronically overworked caseworkers, many states have taken steps this year to shield children from abuse and neglect, including adding caseworkers, tightening reporting requirements and expanding the definition of “abuse.”

Some states and cities are pouring more money into child protection agencies. In Texas, where the foster care system was declared unconstitutional by a federal judge in 2015, lawmakers allocated $4 billion this year, up 17 percent from the previous budget, to shore up the state’s Department of Family and Protective Services, including hiring more caseworkers.

In Florida, Tampa child welfare agencies got an additional $4 million in state funding to hire more social workers. And in New Mexico, following the rape and murder of a 10-year-old girl last year, officials in Albuquerque and Bernalillo counties tripled the funding they’d earmarked for a new child-abuse intervention program for at-risk families, to $3 million a year.

The plan is to create a safety net for children, said Katrina Hotrum, Bernalillo County’s behavioral health director, one that includes services such as counseling and substance abuse treatment for parents who are not covered by Medicaid.

In other states, there is increasing pressure to act: In the wake of the high-profile deaths of several children in state custody, Kansas Gov. Sam Brownback, a Republican, in June signed a law that will form a task force to study the state’s foster care system and make recommendations to overhaul it.

A 2016 audit found that the Kansas Department for Children and Family Services and private contractors failed to ensure the safety of foster care children and failed to investigate alleged abuse and neglect in a timely fashion.

A 2016 report by the state’s Children’s Justice Bureau found that the state didn’t have a consistent way to track reports child abuse and death. That year, 14 children died after multiple reports of abuse were filed to the state’s child welfare system.

The report found that in 2016, there were 46 child abuse deaths and 79 “near fatalities,” compared to 49 deaths and 70 near fatalities the year before. Nationwide an estimated 1,670 children died from abuse or neglect in 2015, the most recent year for which national data are available.

In recent months, Georgia, Indiana, Maryland, Oregon and Washington state also have enacted laws that either expand the definitions of abuse, establish new protocols for state investigations of child abuse, or require the publication of educational materials about who is mandated to report suspected abuse.

And legislation in the New York Legislature would require testing young children for drugs if their parent or guardian is arrested on drug charges, and restrict child protective investigators to no more than 15 cases a month.

In the past year, at least three New York City children have died from abuse after caseworkers failed to investigate or act upon reports they were being mistreated.

In some states, an uptick in child abuse cases has been the impetus for action.

In Massachusetts, where the number of child abuse victims increased from 20,300 in 2011 to 31,100 in 2015, lawmakers this year introduced several pieces of child abuse legislation. Among them were proposals to create a child neglect registry and to further define abuse and neglect of children.

During the same time period, the number of child abuse victims in Georgia jumped from 18,500 to 27,000. In May, Gov. Nathan Deal signed a law that expands the definition of child abuse to include sex trafficking.

Georgia lawmakers also introduced bills meant to strengthen child abuse laws, such as a proposal to revise procedures for how child mistreatment is investigated in custody cases.

High-profile cases of children who’ve been killed or seriously injured may have helped to boost the number of abuse reports.

The number of minors in the child welfare system rose to 7.2 million in 2015, up from 6.6 million in 2014, according to data compiled by the U.S. Department of Health and Human Services. The number of children with cases deemed serious enough to merit an investigation by child protective services increased by 9 percent between 2011 and 2015.

Meanwhile the number of child abuse deaths rose by 5 percent in 2015, the most recent year for which data are available. In some states, the opioid epidemic has contributed to an increase in foster care children.

But some child welfare researchers question the federal statistics on child abuse. They argue that it’s impossible to get an accurate picture of child abuse rates because state definitions of abuse and neglect differ. In addition, many states have changed either their standards for reporting abuse or the technology they use to track their data.

Still, most states recognize four major types of “maltreatment”: neglect, physical abuse, psychological abuse and sexual abuse. And the federal Child Abuse Prevention and Treatment Act (CAPTA), reauthorized in 2010, defines child abuse as “any recent act or failure to act on the part of a parent or caretaker, which results in death, serious physical or emotional harm, sexual abuse or exploitation, or an act or failure to act which presents an imminent risk of serious harm” to the child.

The law sets minimum standards for states that accept CAPTA funding, but each state sets its own definition of child abuse within its criminal statutes.

Combating child abuse is a puzzle that has bedeviled states and localities for decades, said Tracey Feild of the Annie E. Casey Foundation, an advocacy and research organization that works with state, county and city agencies to revise their child welfare systems. Balancing the interests of protecting children at risk and keeping families intact can be difficult, Feild said.

Research has shown that adults who were abused as children can face mental and health issues, including a shortened life span. But removing children from the only family they know is traumatic as well, Feild said.

“There is an over-representation of poor people in the child welfare system,” she said. “But you cannot take a child away just because a family’s poor.”

Highly publicized cases like that of Jerry Sandusky, the Pennsylvania State University football coach who was convicted of raping children for years, frequently prompt states to crack down, often by requiring certain people, such as teachers, firefighters or doctors, to report suspected child abuse.

After the Sandusky case, Pennsylvania in 2014 enacted legislation expanding the definition of child abuse and reporting requirements.

As a result, child welfare caseworkers suffer from whiplash, said David Finkelhor, director of the Crimes Against Children Research Center at the University of New Hampshire.

“Every time a child dies or gets seriously injured, [caseworkers are] suddenly subjected to a huge amount of press scrutiny,” said Finkelhor, who started to study child abuse and neglect issues four decades ago. “Someone wants to come in and reorganize everything and fire the scapegoats.”

And some states have taken a conservative stance for some time now, not wanting to take any chances. In New Hampshire, for example, any person with a reason to suspect child abuse is required to report it to the Division for Children, Youth and Families.

Massachusetts, which has seen a bump in child abuse reports in recent years, requires hospitals to file an abuse and neglect report for any new mother who tests positive for drugs.

Still, legislation can only do so much, and increasing the number of reported cases causes “chaos,” further burdening child welfare agencies that are already straining at the seams, Feild said.

Child abuse cases can be processed through the criminal justice system, she said. But with neglect cases, child welfare agencies try to keep families together, using an “alternative response” approach, which treats neglect as something distinct from out and out abuse. Instead, agencies provide families with services, from counseling to parental classes to addiction treatment.

At the height of the crack epidemic in the early ’90s, child welfare officials in Cuyahoga County, one of Ohio’s largest metro counties, decided to take a new approach to child abuse and maltreatment.

The plan was to keep children safe at home with their families as their parents worked out their issues with intensive intervention provided by the county, said Cynthia Weiskittel, director of Children and Family Services. The county used data to track families and their needs.

Struggling parents could be paired with a recovery coach who has experience with drug addiction.

Today, the number of children in custody is about a third of what it was 20 years ago, Weiskittel said.

“You need to make sure your staff is really well trained in how to approach people,” she said. “At the end of the day, if what you’re doing isn’t putting a child in an unsafe situation, you’re allowed to parent the way you want to parent.”