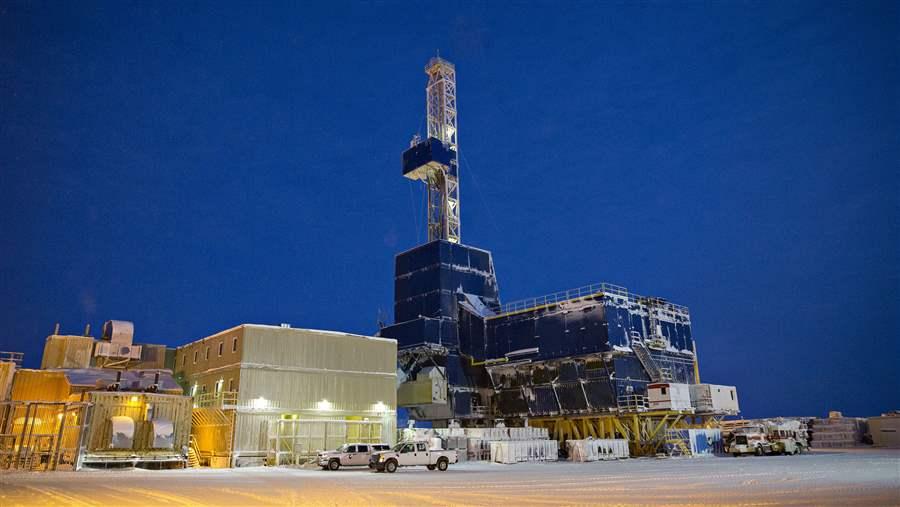 Even as the U.S. experiences the third-longest economic expansion on record, state-level slowdowns have emerged, raising tough-to-answer questions about recession risks across the country.

Recent state downturns have centered on areas that rely heavily on energy production, though other states also have flirted with weakening growth or even seen their economies shrink. Analysts do not perceive the germs of a crisis that might infect the nation, but signs of economic slippage outside the energy patches or into new industries could signal the potential start of the next national downturn. The last recession officially started in December 2007 and ended in June 2009, but its impact has lingered for years.

Natural disasters of the magnitude of Hurricanes Harvey and Irma do not indicate an imminent recession, although historically it can take years for regions to return to pre-storm economic conditions. Moody’s Analytics and S&P Global Ratings analysts said their initial view is that Harvey may cause a dip in productivity in Texas in coming months but the demographics and economic strength of the region are likely to mute the impact. “Certainly this is going to hurt, it creates a fair amount of disruption, but at the end of the day, I think Houston's economy will quickly find its way back, and the region's economy will quickly find its way back. This is not Katrina,” said Mark Zandi, chief economist at Moody’s Analytics.

It can be difficult to determine the severity of a state’s economic woes and the chance that its problems will spread. Just finding reliable and timely state-level data is a major hurdle. Another challenge is the lack of an official central body to declare when a state is in recession. U.S. economy watchers can rely on the National Bureau of Economic Research to establish the starting and ending dates of a recession. Forecasting which states will be hit by a widespread downturn is complicated by states’ industrial diversity and economic interdependence.

But determining whether a state’s economy is expanding or contracting is worth the effort. Officials can use periods of economic growth to prepare for leaner times. And when personal income and tax collections diminish, officials can manage expectations as demand rises for safety-net income and health programs.

Officials in three oil and natural gas states—Alaska, Louisiana, and Oklahoma—have declared recessions in recent years. In January, Standard and Poor’s said New Mexico, North Dakota, and Wyoming also were among the six oil states in recession. But pockets of weakness have also popped up elsewhere. Economic growth slowed in 2016 in most states, with Delaware and Virginia reporting expansions in gross domestic product of less than 1 percent, underperforming the U.S. As growth eased in most states in 2016, falling tax revenue collections and a sluggish rise in personal income  point to possible financial problems for states. A Wichita State University economist recently warned about a potential recession in Kansas and forecasted that the rate of job growth in 2017 would drop by half from the average over the past five years. The New York economy contracted for two consecutive quarters in 2016, though it ended the year with a small expansion.

Besides tracking revenue trends for clues to a downturn, some analysts also look at whether spending is going up, especially on social safety-net programs. “The first person in the state likely to recognize when the state is in recession is the Medicaid director,” Dan White, a director at Moody’s Analytics, told a conference of state legislators in August.

While officials have declared recessions in a handful of states with easily identifiable economic problems, difficulty finding timely and reliable state-level data can undermine efforts to track downturns elsewhere. A go-to measure to evaluate growth—gross domestic product— is published with a lag for states. Those interested in this broad overview of states’ economies waited until the end of July 2017 for first quarter data, which trailed the earliest U.S. estimate for the same period by three months. Data revisions can frustrate attempts to get a clear reading about whether a state is in a recession.

“It changes the story. As far as using the ‘R’ word, unless it’s pretty obvious, I try to avoid that. I have done that in the past and got terribly burned,” said Darrin Webb, state economist for Mississippi, where the economy typically grows slower than the U.S.

Despite data problems, state analysts who track business cycles typically pay close attention to key areas such as employment and production, and forecasters can watch for revenue trends that may reflect worry among consumers and struggles for certain industries. Some analysts look at measures such as state indexes from the Federal Reserve Bank of Philadelphia. They can also tailor their focus to include local factors, such as coal mining in West Virginia University’s Mountain State Business Index. When Alaska, Louisiana, and Oklahoma officials called recessions for their states, they cited trends such as negative growth for gross domestic product and job losses. Hit by low oil prices, job levels in these states started declining more than two years ago though are rising again.

Credit rating agencies pay attention to state economies to understand how financial conditions could evolve. But among state officials, some are wary of calling a recession, concerned about potential fallout. Just the act of publicizing a downturn could lead worried residents to curtail spending.

“It may not be politically palatable for incumbent elected officials to declare a recession during their tenure, and the act of doing so could have both political and economic consequences,” said Jon Clark, chief economist with the New Mexico Legislative Finance Committee. “A sense of optimism versus a sense of economic wariness can alter consumer and business behavior.”

One state’s problems do not necessarily signal economic weakness in neighboring areas or the rest of the country. Whether a downturn will spill outside a state’s borders depends on its economic nature.

“What matters more than geography or proximity is the reason a state or region is in a recession,” said Dan Robinson, research and analysis chief with Alaska’s labor department. “If the reason is something state specific like a big deficit for state government, there’s no reason to think a state’s economic troubles would spread except for possibly to nearby cities with connections to that state.”

Rosewicz is a project director, Mantell is an officer, and Fleming is an associate with the states’ fiscal health project of The Pew Charitable Trusts.