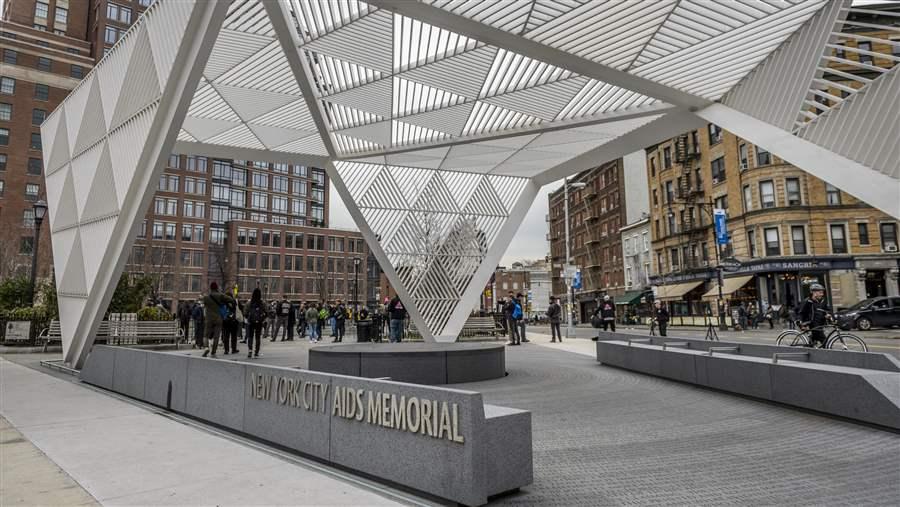 The AIDS Memorial in New York City. States are re-examining laws that date to the early days of the epidemic that criminalize people living with HIV.

Robert Suttle clearly remembers telling his boyfriend that he was HIV positive the night they met. But after they split, three quarrel-filled months later, that became a point of contention: His “ex” pressed charges against him.

Suttle’s home state, Louisiana, is one of 33 states with laws that can be used to prosecute people living with HIV. And in Louisiana, intentionally exposing someone to HIV/AIDS is a felony punishable by up to 11 years in prison.

Because he wanted to put the whole ordeal behind him, Suttle accepted a plea bargain in 2009 and ended up doing 6 months in prison. He said he found out too late that pleading guilty meant registering as a sex offender wherever he goes.

Now some states are looking to either repeal such laws or reduce their severity. At issue is the balance between protecting public health and protecting the civil rights of individuals living with HIV.

The laws, which date to the 1980s and ’90s, vary greatly from state to state. Most impose criminal penalties on people who know their HIV status and potentially expose others to the virus. In some states, a conviction can mean up to 35 years in prison.

Twenty-four states require HIV-positive people to disclose their status to sexual partners, while six states require people to register as sex offenders as part of their punishment if they are convicted of an HIV-specific crime. In 22 states, felony laws, which cover assault and attempted murder for example, are used to prosecute people living with HIV who knowingly expose someone to the virus. And 25 states criminalize activities such as spitting, even though they are unlikely to transmit the virus.

Other states have statutes that tack on extra punishment based on the defendant’s HIV status. In Utah, for example, HIV-positive people convicted of prostitution, patronizing a prostitute, or solicitation are guilty of a felony, punishable by up to five years in prison, if they knew their status at the time of the crime. For an HIV-negative person, those same crimes would be a misdemeanor punishable by no more than six months in prison for a first-time offense.

Critics say the laws are relics of the past and demonize people infected with the virus. Some studies have shown that the laws don’t reduce HIV transmission and may actually drive up HIV rates, because people who feel stigmatized are less likely to get tested. A study published in June by researchers with the U.S. Centers for Disease Control and Prevention found no evidence that the laws reduce transmission of the virus.

“It’s very embarrassing and dehumanizing,” said Suttle, 38, who now lives in Harlem, New York, and works as an assistant director for the Sero Project, which advocates to end laws that criminalize people living with the virus.

In 1994, Texas became the first state to repeal its HIV criminal laws, according to the Center for HIV Law and Policy. But since then, people have been prosecuted for HIV exposure under general criminal laws such as attempted murder, which Catherine Hanssens, the center’s executive director, said illustrates why straight repeal of the laws is not enough. Texas courts have upheld that seminal fluid of a man living with HIV may constitute a deadly weapon.

In 2012, Illinois became the second state to revise its HIV crime laws, by requiring prosecutors to prove a defendant intended to transmit HIV and limiting prosecution to a more narrow definition of sexual activity. Iowa followed suit in 2014. Last year, Colorado enacted a law that repealed two HIV criminalization statutes and revised another by requiring that all sexually transmitted infections be treated equally under the law, rather than singling out HIV for prosecution.

California lawmakers are also considering a bill that would make it a misdemeanor to transmit HIV, rather than a felony. A similar HIV bill failed in Florida in May, but is expected to be re-introduced in the next session.

Also in May, the Ohio Supreme Court heard arguments in a case challenging the state’s criminal HIV law. The crux of the case: whether or not the law discriminates against people living with HIV, as well as whether requiring disclosure of one’s HIV status violates the First Amendment.

The push to reform HIV crime statutes “has become a national movement, and it’s part of the larger conversation about overcriminalizing people,” said Allison Nichol, law and policy counsel for the Sero Project.

“We need to take this out of the realm of someone committing a sex crime,” said Nichol, who used to prosecute sex crimes in Indianapolis. “These laws continue to feed a false narrative that people with HIV present a danger to public health, when in fact that is no longer true.”

But supporters of the laws argue they protect public health, and some states have moved in the opposite direction.

In May, Maryland Gov. Larry Hogan, a Republican, signed a law that, among other things, authorizes a judge to issue an emergency order to get someone tested for HIV if it’s believed that person has “caused exposure to a victim.” The law updates a previous one and is intended to treat rape victims who may have contracted HIV or hepatitis C. The same month, Tennessee enacted a law strengthening a statute requiring anyone who’s been arrested to be tested for HIV/AIDS if a law enforcement officer requests it.

“We’re talking about a criminal,” said Maggi Duncan, executive director of the Tennessee Association of Police Chiefs, who helped draft the legislation. “In the course of being arrested, they could have possibly exposed a first responder.”

The law was expanded to include all forms of hepatitis, which is on the rise in the state, Duncan said, “but HIV could easily become on the rise again with needle use, and that’s a real concern with heroin being on the upswing.”

Activists have pushed for years to change the laws, with a focus on educating lawmakers and prosecutors about how HIV is transmitted. One key fact: An HIV-positive person whose viral load is undetectable has almost no chance of spreading the virus.

Today, prosecutors in Illinois have to prove that an offender intended to transmit HIV. Defendants can assert a legal defense if a condom was used, but they cannot use being in treatment as a defense. This despite condoms being less effective — 80 percent — than anti-retroviral drug treatment — 95 percent — at reducing the risk of transmission, according to the CDC.

Under the measure pending in California, it would no longer be a felony to fail to disclose a positive HIV status. Instead it would be a misdemeanor on a par with failing to disclose any other transmitted disease. To be charged with a misdemeanor, the defendant must have known that he or she has a communicable disease and acted with the specific intent to infect another person, engaged in conduct that poses a substantial risk for transmission, and actually transmitted the disease to another person.

Scattershot state reporting makes it difficult to say how many cases are prosecuted under the HIV transmission laws, according to Hanssens.

But it isn’t difficult to find individual examples. In June, for example, an HIV-positive Georgia man with mental health problems was charged with reckless conduct for allegedly spitting in the eye of a police officer.

Prosecuting — or defending — these cases can be difficult: How do you prove that someone has disclosed their HIV status? Often, as in the case of Suttle, it becomes a case of “he said, he said.”

A 2015 report by the Williams Institute at the UCLA School of Law found the overwhelming majority of people — 95 percent — charged with HIV crimes in California were sex workers. The report also found that nearly every charge resulted in a conviction; the average prison sentence was longer than two years. Two-thirds of people charged were black or Latino. White men accused of an HIV-related crime were significantly more likely to be released and not charged, the report found.

“This is really a public health issue,” said Scott Schoettes, an HIV project director at Lambda Legal who has worked on HIV legal policy for years.

“It shouldn’t be addressed by criminal law unless there’s malicious intent.” 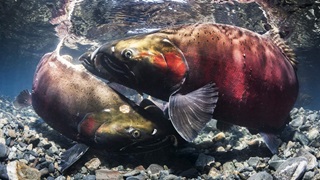