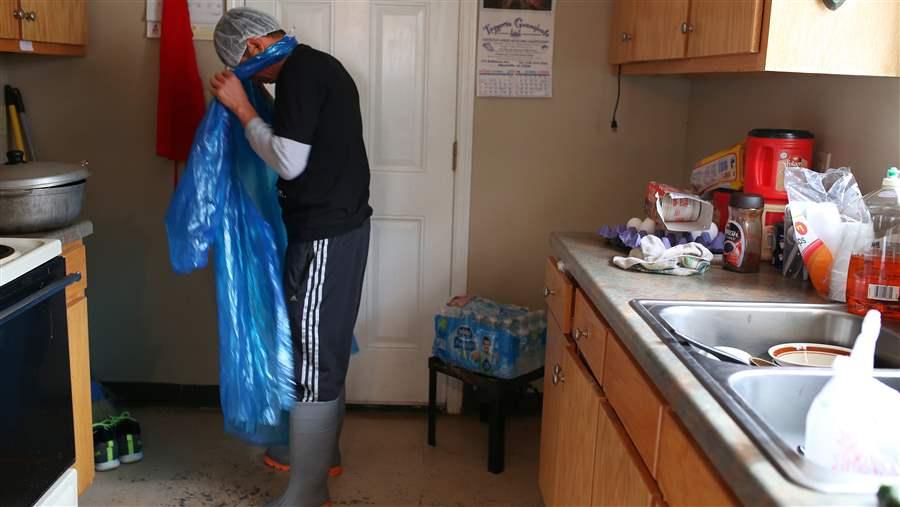 A worker removes the uniform he wears to work in an Alabama chicken plant. In Alabama and other states, a crackdown on illegal workers may be spurring companies to rely more heavily on labor contractors in order to skirt the rules.

From Alabama poultry plants to Utah hotels, employers who want to hire unauthorized workers — or to escape accountability for their poor treatment of legal workers — appear to be turning to temp agencies and other labor contractors to evade scrutiny.

The practice is especially prevalent in Western and Southern states which require private employers to use E-Verify, a federal online service, to confirm that their employees are legal residents.

In eight of the nine states that require E-Verify for private employers (Alabama, Arizona, Georgia, Mississippi, North Carolina, South Carolina, Tennessee and Utah), the number of temporary workers grew faster than the national average between 2012 and 2016, according to a Stateline analysis of Bureau of Labor Statistics data. The one exception was Louisiana. 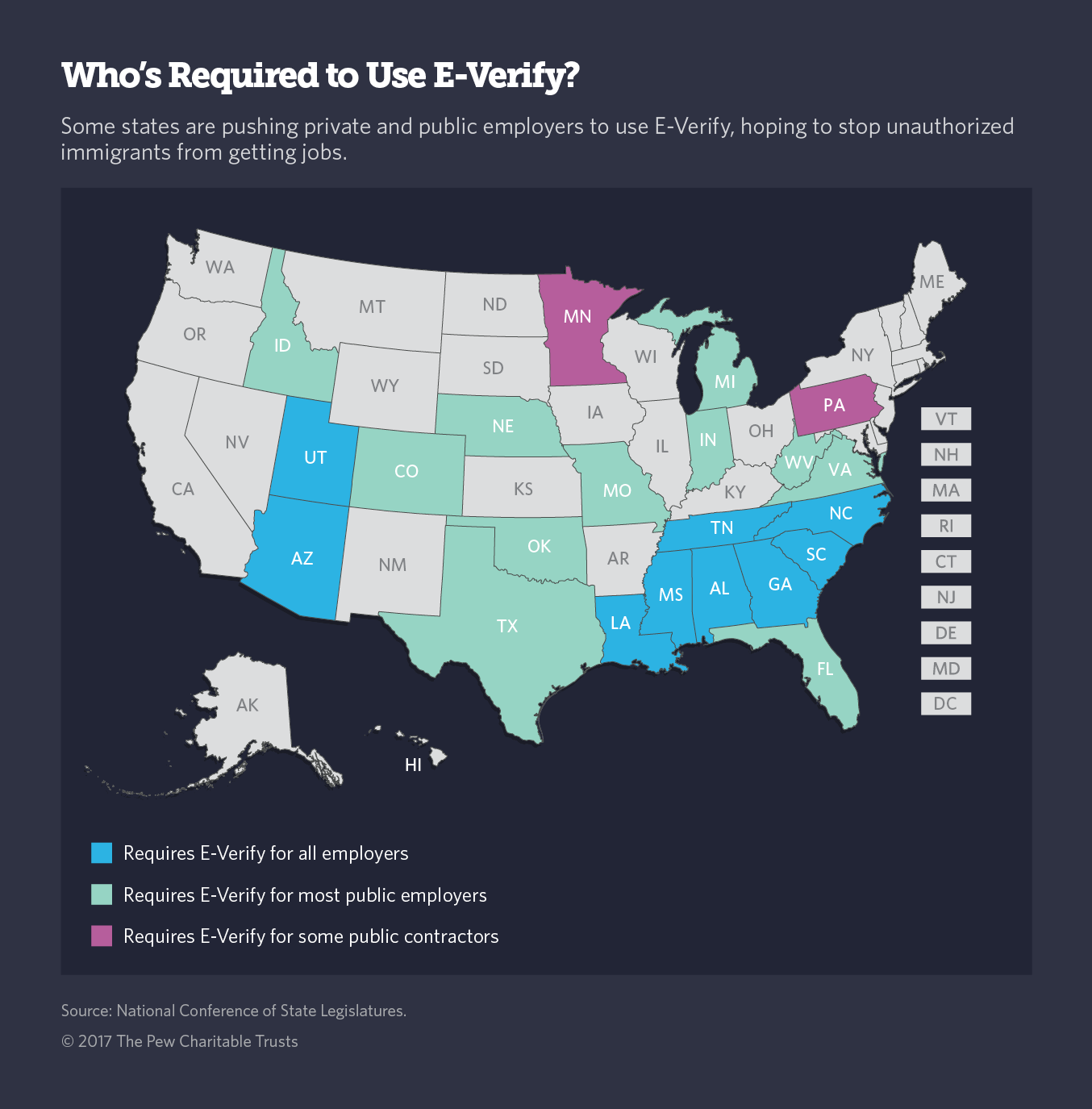 “It is not a coincidence that the significant rise in temporary workers happened around the time when a number of states were enacting laws which mandated use of E-Verify,” said Muzaffar Chishti, an immigration law expert at the Migration Policy Institute, a nonprofit research group.

“It became difficult for companies to comply because people did not have work authorization,” Chishti said. “They quickly realized that the law applies to hiring people, but they can’t accuse you if you’re not literally hiring people. They could get agencies to hire for them or use workers as contractors without hiring them.”

The practice has drawn concern both from conservative experts who want less illegal immigration, and from immigration advocates who find temp agencies harder to hold accountable for worker abuse.

Ira Mehlman of the Federation for American Immigration Reform, which favors immigration restrictions, said “business wants to take advantage of this loophole,” and that state and federal officials lack the political will to close it.

On the other side of the political spectrum, Naomi Tsu of the Southern Poverty Law Center (SPLC), which has studied the abuse of Hispanic employees at Alabama poultry plants, said the use of labor contractors to evade E-Verify “is a double-edged sword. [Immigrants] can get jobs, but it does open them up to abuse.”

The SPLC has filed complaints about laborers hired by a contractor for the Wayne Farms and Pilgrim’s Pride poultry plants in Alabama. The U.S. Equal Employment Opportunity Commission followed up with a lawsuit against the contractor, East Coast Labor Solutions.

Both the SPLC and the federal commission accused East Coast Labor Solutions, which has had a series of different names, of singling out Hispanic workers — both noncitizens in the country illegally and U.S. citizens recruited from Puerto Rico — for harder work, lower pay and more dangerous conditions on segregated lines.

“Plant workers, many of whom are immigrants, are often treated as disposable resources by their employers,” a 2013 SPLC report found. “Threats of deportation and firing are frequently used to keep them silent.” 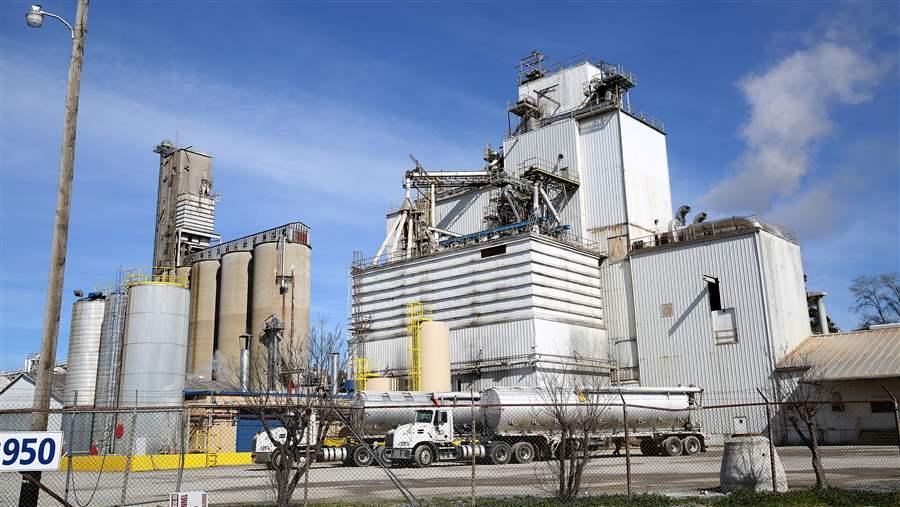 The federal government had already taken action against Pilgrim’s Pride. The company paid a $4.5 million settlement in 2009 after federal authorities arrested 338 illegal immigrants during raids on plants in five states.

In 1986, the federal Immigration Reform and Control Act made it illegal to knowingly hire unauthorized workers. Employers have sought ways around the law ever since, according to Chishti.

In states that don’t mandate E-Verify screening, employers may hire workers with falsified paperwork and still comply with federal law, since they are not knowingly violating it. Furthermore, E-Verify cannot be used to screen existing employees — only new hires.

“Obviously if the working unauthorized population is near 7 million, something is going on,” Chishti said. “How are people able to find work if the law says you can’t hire them?”

Even in states that mandate the use of E-Verify, the threat of state legal action has been mostly theoretical. A spokesman for Alabama’s attorney general said the office is charged with enforcing the law but hasn’t actively done so. In Georgia, the Department of Audits requires that companies prove they are using E-Verify by providing a registration number, but the agency doesn’t have the resources to check up on individual hires.

“A lot of politicians want to pass laws to make themselves look good but they don’t fund the enforcement,” said David Fowler, president of the E-Verify Employer Agent Alliance, a trade group of computer programmers working to build tools to help employers use E-Verify.