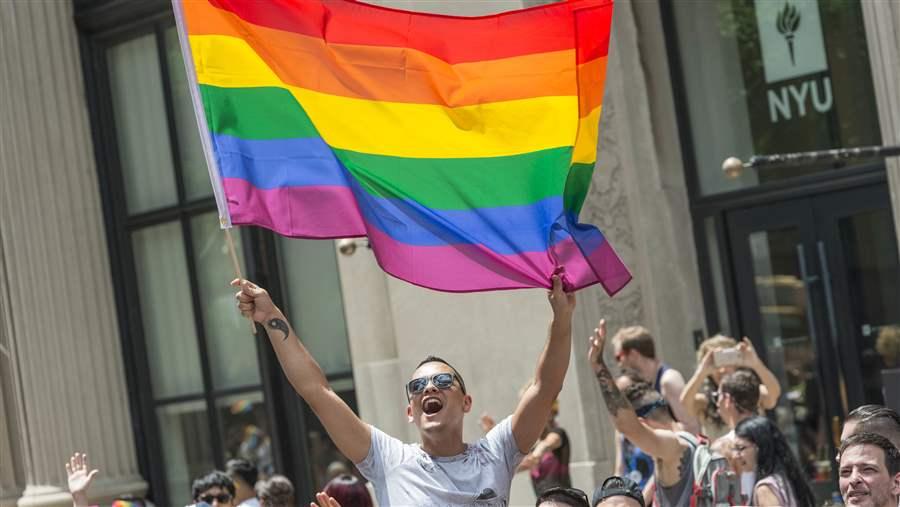 Six states ban public employees from taking nonessential work trips to states with laws that they view as discriminatory toward the LGBT population.

Six states now prohibit their employees from taking nonessential work trips to states with laws that, in their view, discriminate against lesbian, gay, bisexual and transgender people.

Both supporters and opponents of these travel bans say they are mostly symbolic. Nevertheless, the people charged with attracting visitors to the affected states say the repercussions are real: Canceled conventions and hotel bookings have cost cities and states millions.

The money state employees spend on business travel is miniscule compared to what out-of-state fans spend at major sports events, for example. The economic power of the latter was evident when North Carolina last spring scrapped its “bathroom law” after the NBA and NCAA pulled events out of the state in protest.

But conference and convention planners say there is a powerful stigma associated with the state bans that goes beyond government travel, scaring away visitors who aren’t state employees or who hail from states other than the one that issued the ban.

Louisville, Kentucky, for example, is seeing the effects of a California travel ban over a new state law that critics say would allow members of school clubs to, based on their religious beliefs, exclude LGBT students. In response to the California ban, two Chicago-based groups, the Association of Professional Researchers for Advancement and the Association of University Radiologists, canceled their Louisville events, costing the city an estimated $2 million.

Louisville Mayor Greg Fischer reached out to fellow Democrat Xavier Becerra, California’s attorney general, to ask that Louisville be exempt from California’s Kentucky ban, based on the city’s history of inclusiveness. But Becerra declined, saying the law did not allow him to grant exceptions to cities.

“The two conventions that pulled out weren’t California conventions. But because people read about this and it’s in the news, members start asking questions,” said Fischer spokesman Chris Poynter. “Members say, ‘Why are we going to Kentucky? They have a travel ban.’ There are consequences beyond government travel, which is what happened to us.”

Martha Mainiero, the president of the radiologists group, noted that the group’s California members, some of whom work for state universities and therefore are officially covered by the ban, would have had to skip the meeting. Mainiero said that for now, her group would not schedule meetings in states covered by the California ban or in California, so as to “maintain some neutrality.”

Nashville, another left-leaning city in a conservative state, had a similar experience. California banned state travel to Tennessee to protest a state law allowing mental health counselors and therapists to refuse to treat patients based on religious objections or personal beliefs. Critics of the law say it could result in discrimination against LGBT people.

In response, the American Counseling Association canceled a meeting in Nashville it estimated would bring in more than 3,000 visitors and more than $4 million in tax revenue.

“If I say, ‘We’re a blue city in a red state that’s getting punished,’ that doesn’t help,” said Butch Spyridon, CEO of the Nashville Convention and Visitors Corporation. 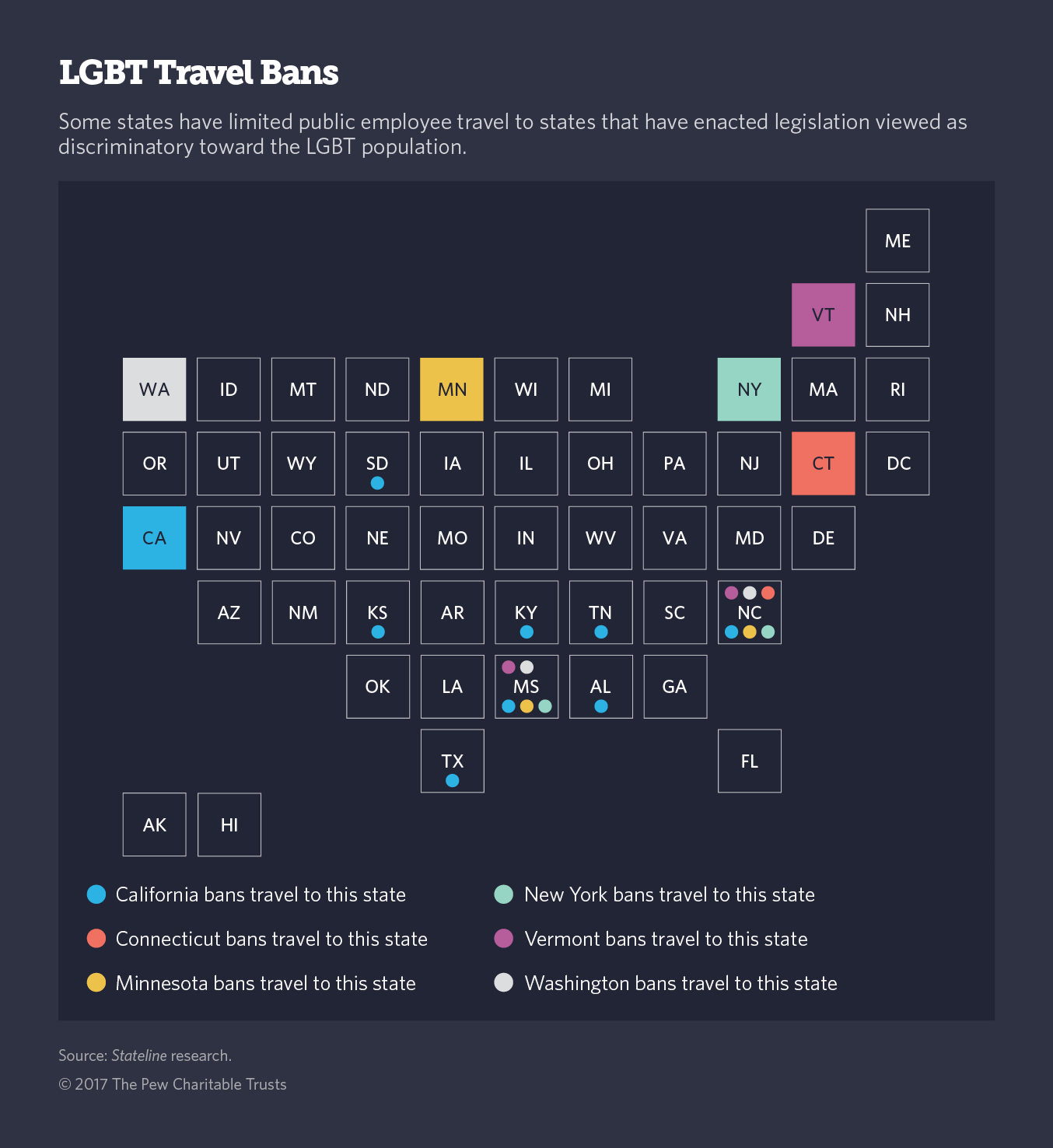 California state Assemblyman Evan Low, a Democrat who sponsored the California travel ban law, said its intent is not to “impose our California values on another sister state. The real issue is that we are making a strong statement that supports fundamental basic humanity.”

So far, none of the states that California has targeted has retaliated, but Tennessee lawmakers passed a resolution urging other governors to “refrain from imposing moral judgment … in order to prevent escalating foolishness.”

“California has potentially opened what could become an economic civil war between the states,” said Tennessee state Sen. Mike Bell, a Republican who sponsored the resolution. “What’s the next issue? Is Michigan going to retaliate against Alabama being a right-to-work state when Michigan is a union state?”To protest, Bell plans to skip a conference in California next year.

In Minnesota, the Management and Budget office has turned down at least six requests by state agencies to send employees to conferences in North Carolina and Mississippi since Minnesota placed bans on those states, spokesman Keith Hovis said.

State Rep. Pat Garofalo, a Republican, dismissed the Minnesota policy as a political stunt with “zero impact on public policy.”

“It has more to do with people placating their political bases,” Garofalo said. “We’re prohibiting nonessential travel, but if it’s nonessential, why are we spending tax dollars on it?” 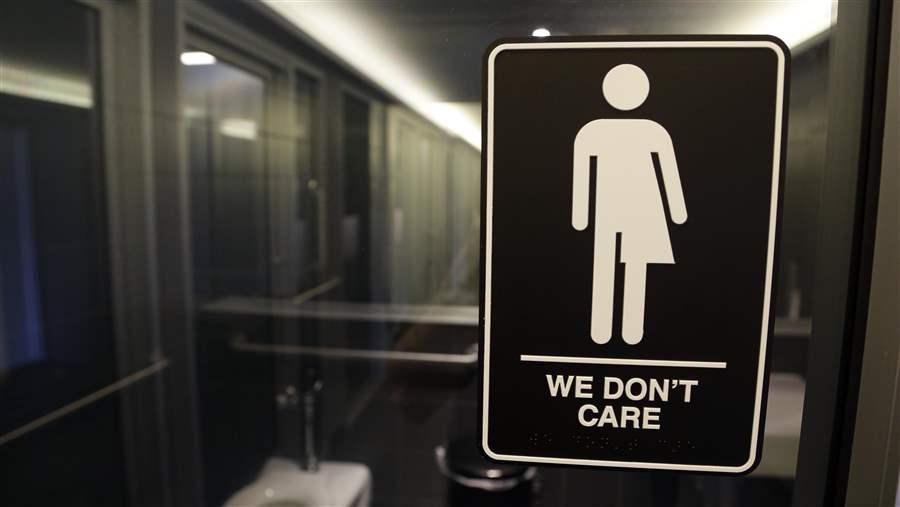 North Carolina scrapped its so-called bathroom law after the NBA and NCAA pulled events out of the state in protest.

Indiana may be the best example of how long the effects of a travel ban can linger in a state.

The “Religious Freedom Restoration Act” Indiana enacted in 2015, which critics said would allow business owners to discriminate against LGBT people, was only in place for a week before then-Gov. Mike Pence bowed to increasing pressure and signed a nondiscrimination law to mitigate it. In response, Connecticut, New York, Washington and many cities lifted their travel bans.

Nevertheless, the controversy over the law cost Indianapolis 12 conventions, some that were to be held in 2021, that might have produced an estimated $60 million in revenue.

“In the case of Indiana, the state [ban] pressure was equally as squeezing as the corporate muscle we felt flexing,” said Chris Gahl of Visit Indy, the city’s convention and visitors bureau. “In all 12 cases, it was fear that if they had booked Indianapolis they were unsure if they could drive delegate attendance based on perception that Indy was no longer welcoming. … It’s not superficial — it has a real impact.”

Gahl and his counterparts in North Carolina and elsewhere wonder how many people, influenced by the state bans, never even considered their states as possible destinations. “We have no idea how many silent no’s there were,” Gahl said.