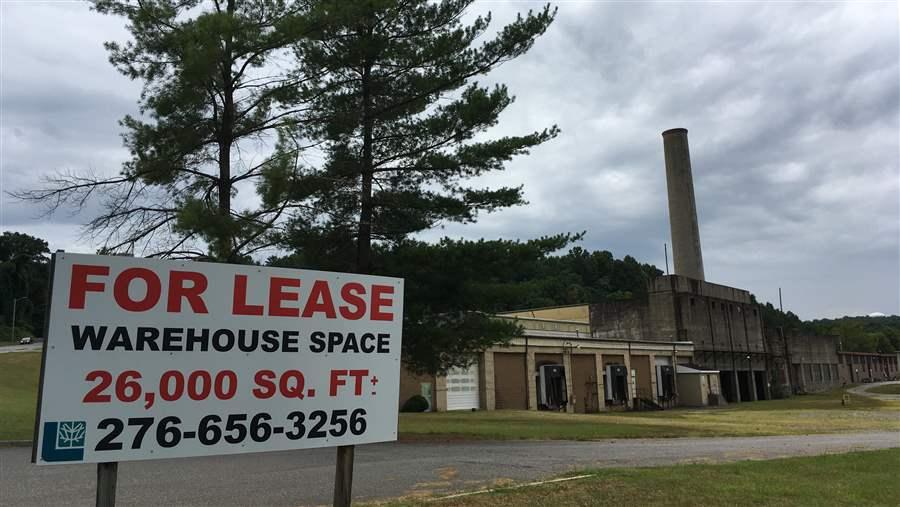 A reminder of southwest Virginia’s robust industrial heritage, shuttered factories dot the landscape in Martinsville, Henry County, and the surrounding area. Counties in economic decline tend to have the highest rates of opioid painkiller prescribing, according to a new analysis by the Centers for Disease Control and Prevention.

MARTINSVILE, Va. — For most of the last decade, this once thriving city had the highest unemployment rate in Virginia. Its disability and poverty rates are consistently double the state average, and its population is aging.

In July, the former textile and furniture manufacturing mecca earned another dubious distinction. According to the U.S. Centers for Disease Control and Prevention, its drugstores dispense the highest volume of opioid painkillers per capita in the nation.

Using 2015 data from retail pharmacy receipts, the CDC for the first time reported the volume and potency of pain tablets sold in the nation’s drugstores and calculated per capita rates of morphine equivalent doses sold at the county level.

Martinsville drugstores came out on top, selling enough Vicodin, Percocet, OxyContin and other opioid painkillers to medicate every man, woman and child in the city for 136 days, nearly seven times the national average.

In 2015, Americans on average consumed the equivalent of 21 days of the average dose of morphine per person, three times the rate of opioid use in 1999, according to the CDC.

Martinsville’s health and law enforcement officials are convinced the CDC’s calculation of their city’s opioid consumption is inflated, mainly because people from nearby towns purchase pain medicine in Martinsville, which remains a major market hub for the largely rural region.

The city of 13,000 lies near the North Carolina border in Henry County, which has a population of about 50,000. Its one hospital and 10 primary care clinics serve many of the residents in the surrounding county.

Because county residents and others from farther away, including North Carolina, tend to shop in Martinsville, the CDC’s pharmacy dispensing data don’t necessarily reflect how many opioids local doctors are prescribing or how many pills the town’s residents are ingesting, explained Dr. Jody Hershey, the city’s public health director.

Still, there’s no question Martinsville has a pill problem. Its rates of drug-related hospital admissions, overdose deaths and opioid-exposed newborns are also among the highest in the nation.

“Our opioid problem has been many years in the making,” Police Chief Eddie Cassady said. “And it’s going to take an ongoing, long-term effort to change it.” 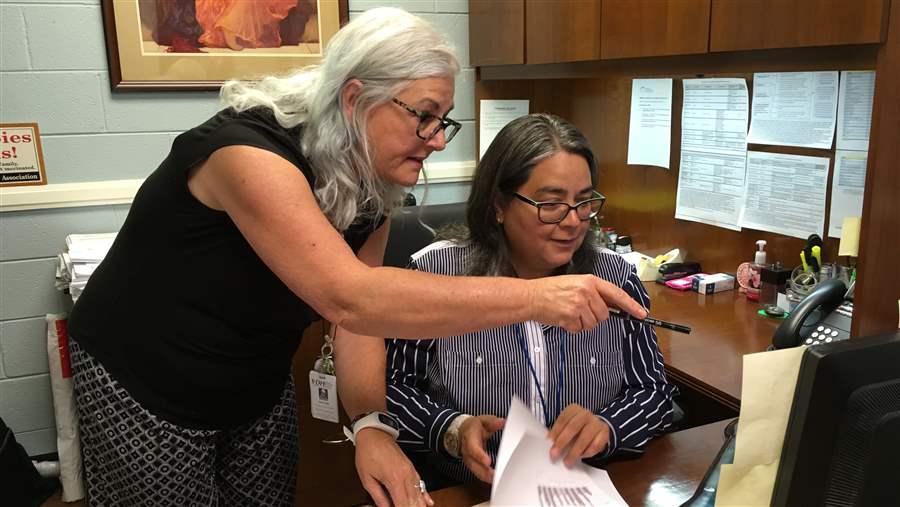 In an opioid epidemic that is killing more than 140 Americans every day, the CDC’s county- and city-level data can help public health officials deploy resources where they are needed most, said Caleb Alexander, co-director of the Johns Hopkins Center for Drug Safety and Effectiveness.

Despite the sharp rise in drug overdose deaths in the last five years, fueled primarily by heroin and the even deadlier opioid fentanyl, the rate of prescribed opioid consumption has started to decline slightly. That could mean lower rates of heroin use, addiction and overdose deaths in the future. According to the National Institute on Drug Abuse, 86 percent of young injection drug users said they had abused prescription painkillers before using heroin.

According to the CDC, in 2015 nationwide use of opioid painkillers declined for the first time in decades, dropping 18 percent from 2010 levels. 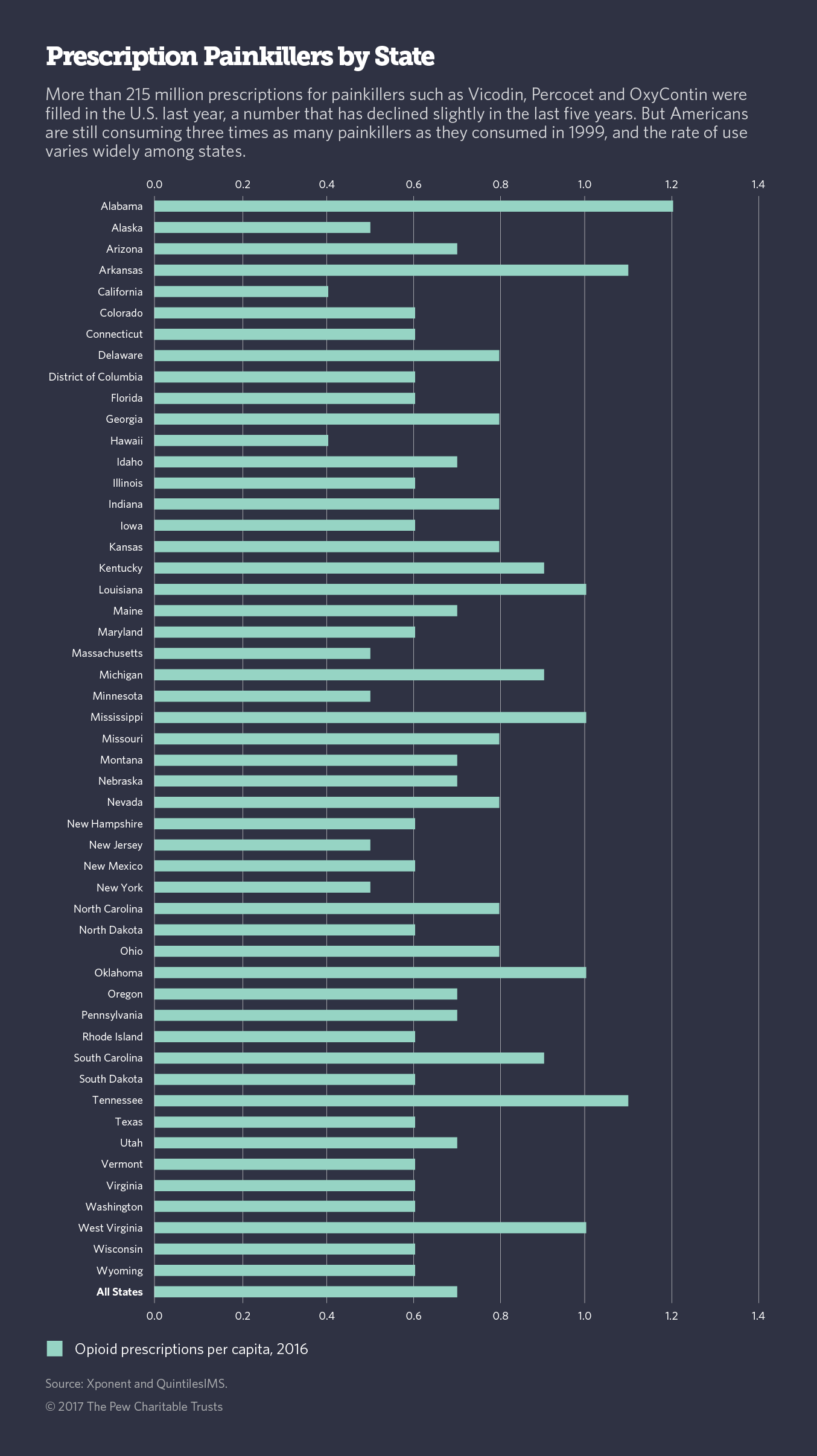 “It’s a modest decline, but still significant,” Alexander said. “The crux is that to a large degree, the opioid epidemic has been driven by the volume of opioids prescribed, largely in primary care.”

For years, law enforcers have been cracking down on fraudulent physicians who run so-called pill mills that sell dangerously high doses and excessive numbers of pills to patients without sufficiently examining them. Florida, in particular, has had success at eradicating this type of illegal prescribing, Alexander said.

But more recently, much of the focus has been on ethical doctors and dentists who are simply following outmoded prescribing practices they learned in medical or dental school before the dangers of addiction to opioids were widely known.

Instead of giving patients a three- to seven-day supply of opioids for acute post-operative pain after a tooth extraction or cesarean section, for example, they routinely prescribe a 30-day supply or more, even though the pain from those procedures typically subsides within a week.

The result is that the patient either takes the extra pills and risks addiction, or stores them in an unlocked medicine cabinet where they find their way into illicit drug markets via family members and friends.

Virginia has also fortified its prescription monitoring program, allowing non-medical staff access to the system to help busy doctors check to see what other drugs their patients are taking before handing out opioid painkillers and other controlled substances.

And in the last two years, the state has tightened its rules on the use of its drug monitoring system, making it mandatory for pharmacists to enter patient information within 24 hours of filling a prescription. For prescribers who may not consistently be checking patient drug use, the state sends alerts when a patient sees more than one doctor or more than one pharmacy for opioids in a 30-day period.

When the CDC released its county prescribing data last month, acting director Anne Schuchat said: “We still have too many people getting prescribed opioid prescriptions for too many days at too high a dose.”

With few exceptions, the counties and independent cities with the highest prescribing rates have economic and demographic profiles that are similar to Martinsville’s. 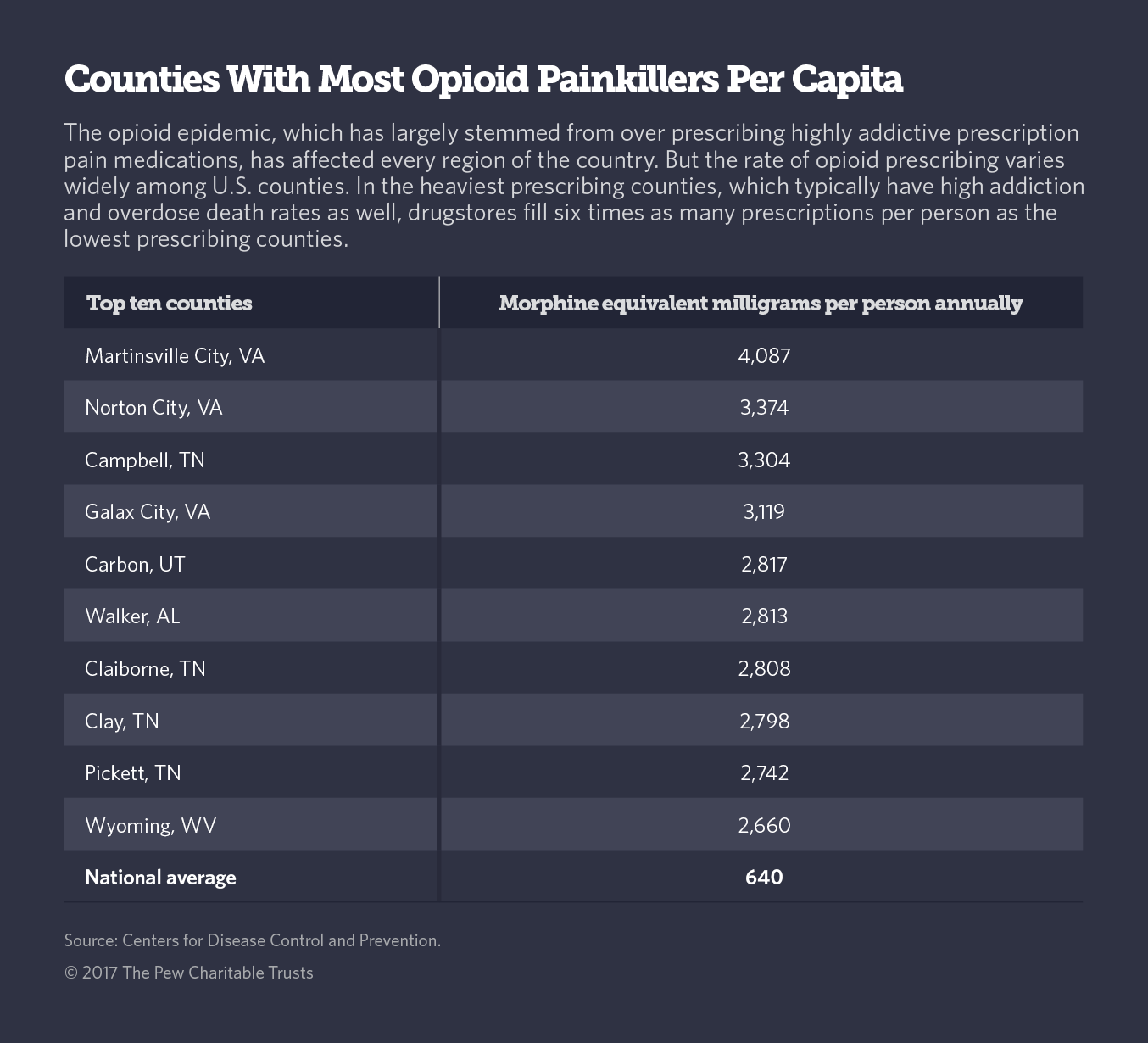 Hershey, the public health director, said the root cause of his city’s opioid problem is pain, poverty and unemployment. Not only does the stress of unemployment result in depression and anxiety that can lead to substance abuse, but lack of income creates a temptation to sell prescription opioids to pay the rent, fueling further exposure to the highly addictive drugs.

On top of that, a large percentage of Martinsville residents are aging workers who have spent a lifetime in accident-prone professions that has taken a toll on their bodies.

Lack of insurance has added to the problem. Virginia did not choose to expand Medicaid under the Affordable Care Act, leaving many with no way to pay medical or dental bills. As their health problems lingered untreated, many sought opioid painkillers to get up in the morning, and overworked doctors typically handed them out freely.

Martinsville’s medical community, Hershey said, faces a steep challenge in trying to humanely treat chronic pain while guarding against further diversion of the prescription drugs many have relied on for decades.

Local residents are also prone to hypertension, diabetes and kidney disease, all of which limit the type of medications they can take to ease the pain of arthritis and old injuries, said Patrick Favero, a primary care doctor who sees thousands of Martinsville residents.

“Ninety-nine percent of my patients on pain medication came to me that way,” he said. “They’d been on them for decades.”

Favero said he’s been taking extra precautions for the last three years to prevent opioid diversion. He orders long-acting painkillers that are harder to abuse whenever possible. He pays a full-time medical assistant to check patient records in the state prescription database, keep track of controlled substance prescriptions, call patients in to count their pills, and run drug screening tests to make sure patients are taking the painkillers, not selling them.

He has posted a sign in his waiting room that reads, “All criminal activity will be reported” — and he turns in one or two patients every week.

Virginia’s new prescribing rules already are making it easier to confront patients he suspects may be abusing or selling their prescription painkillers, he said. “Now when I tell a 90-year-old patient I need to drug screen him and he looks at me like I’m crazy, I can tell him the state will take away my license if I don’t.”