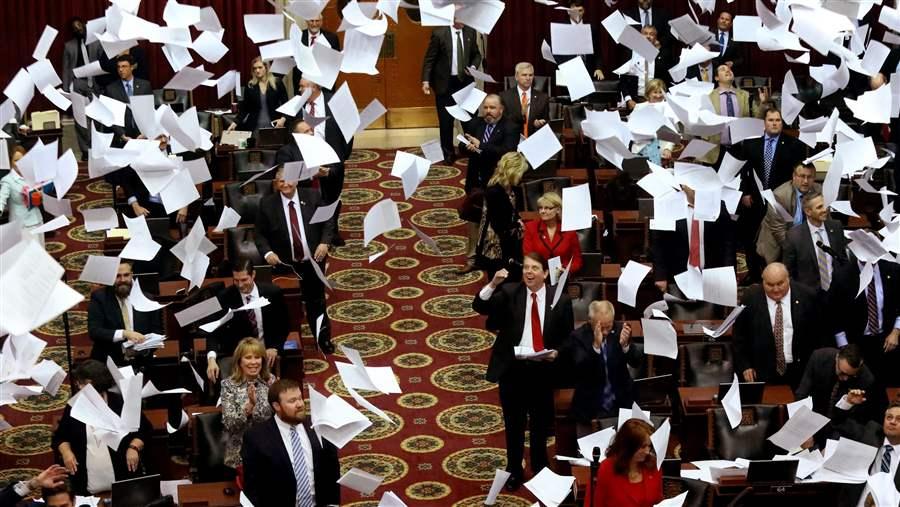 As Washington moved to reduce federal funding for women’s health, the battle over affordable birth control and other women’s health services shifted to state capitals.

The Vermont Legislature came close to becoming the first to legalize recreational marijuana, while other states battled over regulations to implement voter-approved pot sales.

With roads and bridges falling into disrepair, seven states raised their gas taxes this year.

Hoping to make it easier for people leaving prison to re-enter society — and avoid going back — several states enacted laws aimed at helping ex-offenders to get work, pay off court debt, and access food stamps.

After a big year for ballot initiatives in 2016, lawmakers fought back in 2017, modifying or scrapping voter-approved laws and passing new laws to make it harder to get issues on the ballot in the first place.