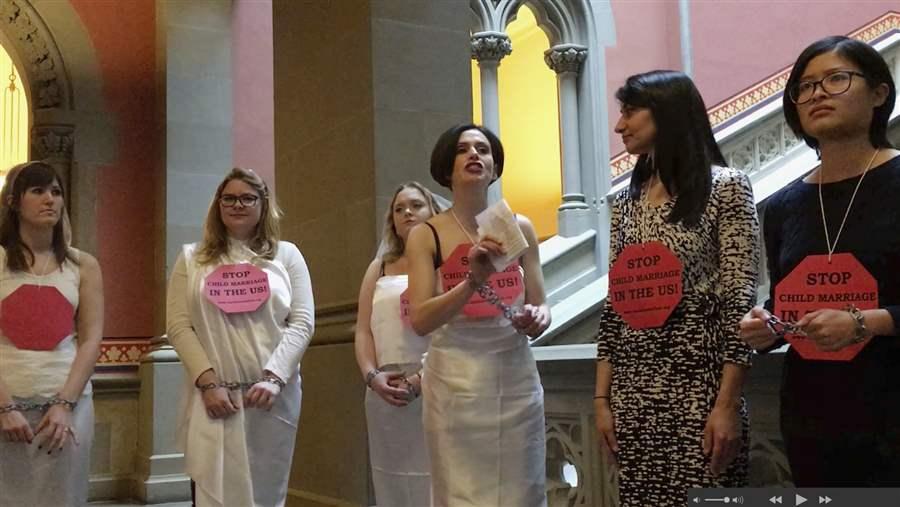 Women in chains protest against child marriage at the New York Capitol in Albany. New York and other states are considering tightening laws that allow minors to marry with parental or judicial approval.

Governors in New York and Texas have signed bills that seek to end child marriage by raising the minimum age to marry.

Legislators in 10 states introduced bills this year to raise the marriage age, with former child brides joining the effort in several states. Proponents say the changes will help protect children from being pushed into marriages by parents and predators.

In New York, Gov. Andrew Cuomo, a Democrat, signed a bill Tuesday that raises the minimum age for marriage from 14 to 17. Seventeen-year-olds would only be able to wed with a judge’s permission, and the law requires a hearing to make sure the teen is not being coerced and that the marriage will not endanger the applicant’s safety.

In Texas, a new law signed Friday that goes into effect Sept. 1 will prohibit anyone under 16 from marrying. The law also requires 16- and 17-year-olds to get judicial permission in order to marry. Current state law allows a person of any age to get married so long as they get a judge’s consent.