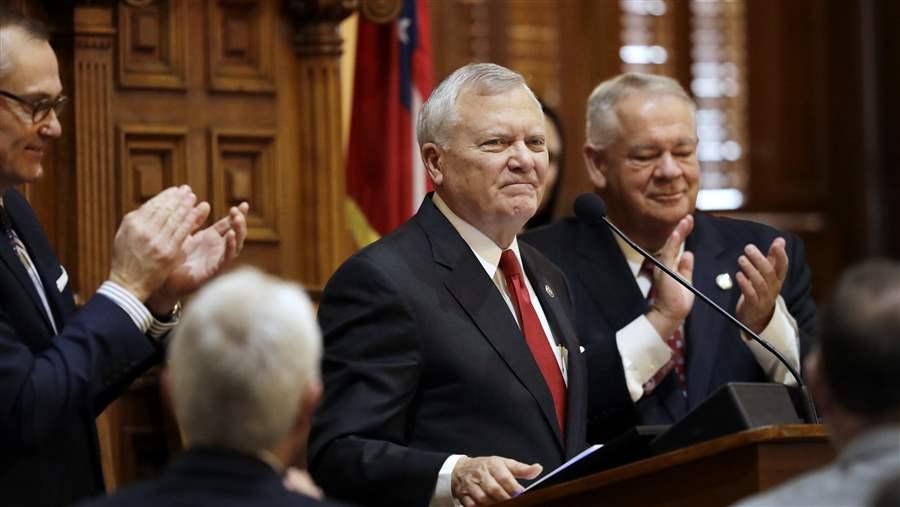 Georgia Gov. Nathan Deal delivers his State of the State address. Deal, a Republican, became the second governor this year to sign a bill establishing a new tax credit meant to create jobs in rural areas.

Georgia is the second state this year to adopt a highly debated tax credit program meant to bring jobs to rural areas.

The law, signed Tuesday by Republican Gov. Nathan Deal, will award up to $60 million in state tax credits to companies that agree to invest in or loan money to funds that invest in rural businesses. Utah created a similar $24 million program this year, and nine other states are considering similar bills.

The programs are the latest iteration of a multilayered subsidized lending program that at least 20 states have tried in the last three decades. Many of the programs have failed to deliver promised jobs and tax revenue, while benefiting the investment firms that lobbied for the laws, according to a Stateline analysis.

Economists and policy analysts say the programs are so complex, and the promises so appealing, that states typically don’t take a close look at them until it’s too late. Most state offices that have studied the programs have found that the jobs and revenue promised would not materialize, and recommended the programs be shut down, changed or not extended. In some instances, state audits found that the programs lacked transparency and accountability.

In the Georgia Legislature, the bill “narrowly escaped the chopping block,” according to The Atlanta Journal-Constitution. It was criticized by lawmakers on both sides of the aisle who said it was a giveaway to corporate interests, but praised by supporters as a boon to struggling rural communities.