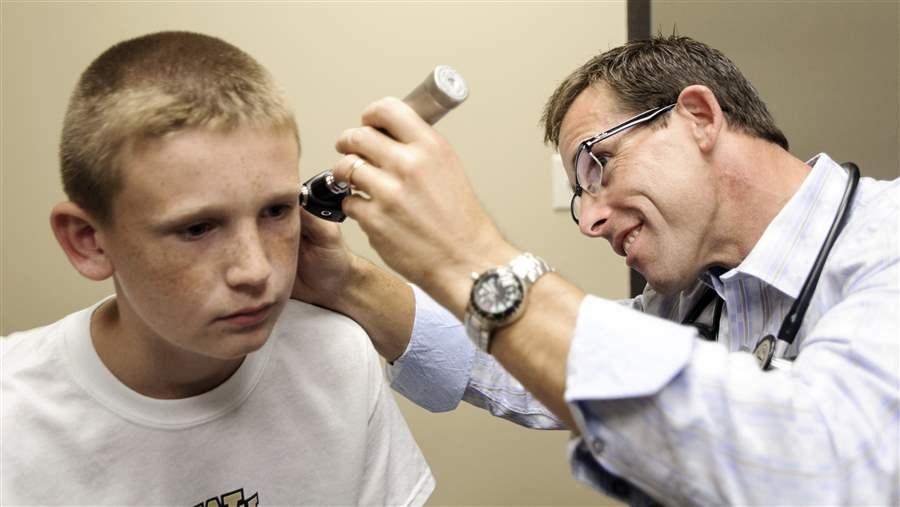 A doctor examines an 11-year-old patient in Lincoln, Nebraska, last year. Nebraska is the 19th state to join the Interstate Medical Licensure Compact, which streamlines the process for a doctor in one state to get licensed in another.

Nebraska this week became the 19th state to enter into a compact that eases the way for doctors in one state to get licensed in another.

Under the compact, which awarded the first out-of-state license this month after three years of development, participating states agree to piggyback on the licensure process that a doctor already went through in their own state. The process spares the applicant from having to submit new documentation and undergo lengthy verification, making it quicker and less costly for doctors.

The Nebraska measure was backed by the Nebraska Health Association and the Nebraska Medical Association among other civic organizations, and signed by Republican Gov. Pete Ricketts after the state’s unicameral Legislature approved it on a 49-0 vote.