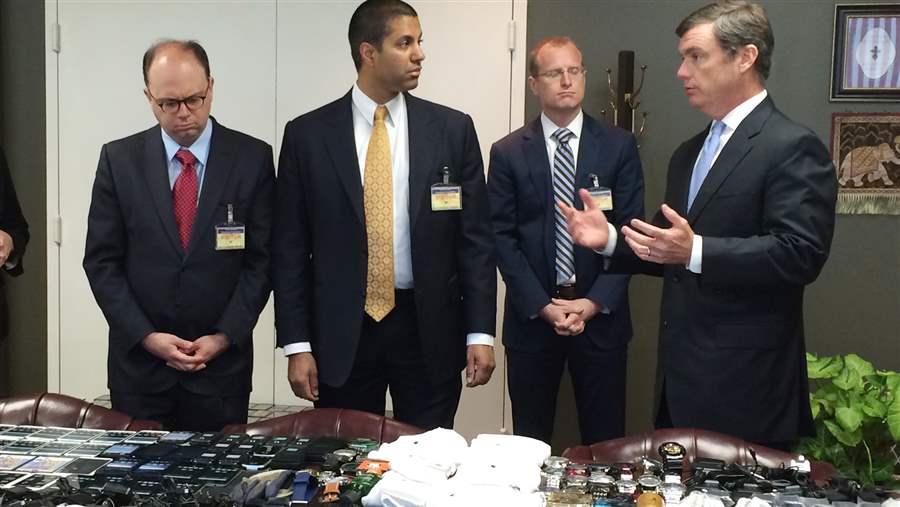 Prisoners generally are allowed to use phones, but only landlines, and only under the close supervision of prison officials. But it is illegal for inmates to possess cellphones, or for anyone to provide them with one.

Nonetheless, some prisoners are able to obtain cellphones, giving them easy access to the outside world — and the tools to commit crimes, from intimidating witnesses and coordinating escapes to running drug rings and putting hits on prosecutors.

The New Jersey prisoners, who were already serving time on child pornography charges at the Federal Correctional Institution-Fort Dix, were arrested Wednesday on charges that they used contraband cellphones and removable storage cards to distribute videos of child abuse.

The use of contraband cellphones for illicit scams inside prisons last year prompted 10 governors to ask the Federal Communications Commission for help in cracking down on it.