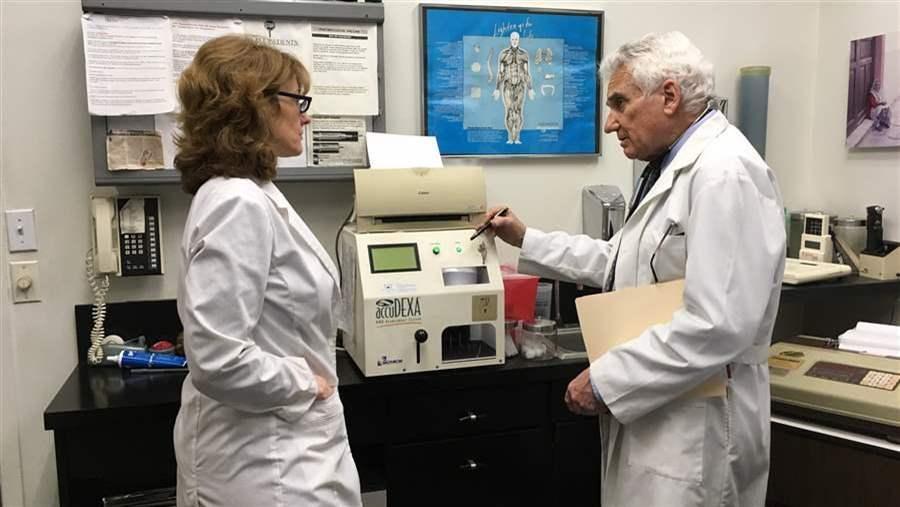 Dr. Howard Shapiro discusses a medical marijuana patient’s progress with assistant Alexandra Lotito in Manhattan. A new study has found that Medicaid prescriptions for a variety of conditions declined in states that have legalized medical marijuana.

The authors estimate that if all states had had medical marijuana laws in 2014, the total savings for state Medicaid programs would have been $1.01 billion. The results are similar to those in a study the same authors published last year about the effects of medical marijuana laws on the number of prescriptions purchased by Medicare enrollees.

Nationwide, an estimated 1.4 million patients in 28 states and the District of Columbia use legal medical marijuana for a varying list of conditions. The study reviewed claims for 19 conditions that are common to at least four of the 28 states with medical marijuana laws. Those conditions include multiple sclerosis, cancer, HIV/AIDS, Parkinson’s disease, inflammatory bowel disease, Alzheimer’s, Crohn’s disease, hepatitis, anorexia and PTSD.

A 2014 study conducted by the Johns Hopkins Bloomberg School of Public Health found that the annual number of deaths from prescription drug overdoses was 25 percent lower in medical marijuana states.

The authors acknowledge that the reduced spending in Medicaid programs does not take into account that some of the savings come from a transfer of costs from Medicaid to enrollees who choose to pay for medical marijuana out of pocket, since it is not covered by public or private insurance.