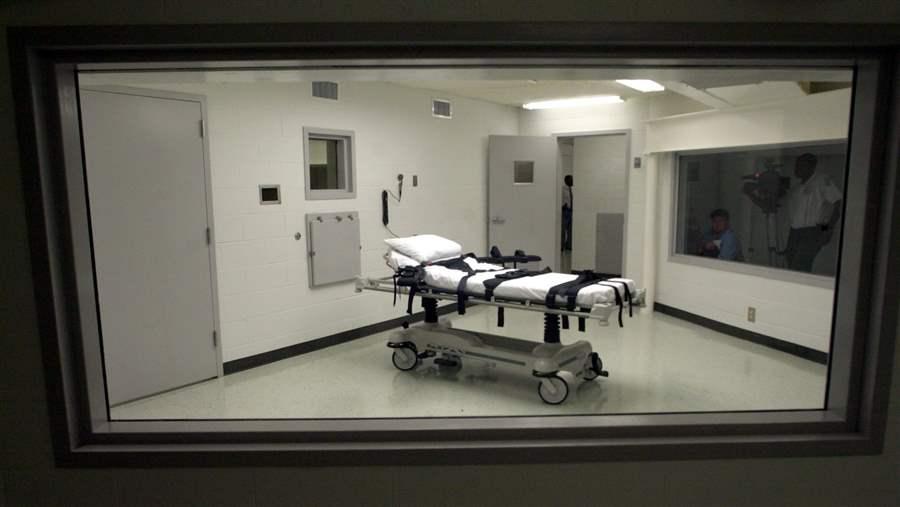 Legislation in a handful of states would bar the use of the death penalty for people who experienced a serious mental illness at the time that they committed their crime.

Upset that people with schizophrenia and other mental disorders have been put to death after murder convictions, lawmakers in a handful of states want to bar the use of the death penalty for people with a serious mental illness.

People accused of murder who are found not guilty by reason of insanity can serve time in a mental hospital and avoid the death penalty. But many states have a narrow legal definition of insanity — not knowing what one did was wrong. And critics say that leaves many people with mental disorders to be found guilty of capital crimes and sentenced to death.

Some of them have already been put to death. Ohio executed a man with schizophrenia in 2001. Arkansas did the same in 2004. A schizophrenic Texas man spent two decades on death row after his insanity plea was rejected, leading to a 2007 Supreme Court ruling that inmates must have a rational understanding of their punishment before they can be executed. (The state continued to seek his execution until a lower court halted it in 2014.)

Legislators in at least seven states — Arkansas, Indiana, Ohio, South Dakota, Tennessee, Texas and Virginia — have proposed bills this year to prohibit the death penalty for people who suffered from a serious mental illness at the time of their crime. Most of the proposals name specific disorders, including schizophrenia, bipolar disorder, major depressive disorder, delusional disorder and post-traumatic stress disorder.

Research by academics and the American Civil Liberties Union suggests many people on death row have a mental illness. A study from a professor at the University of North Carolina found that 43 percent of people executed between 2000 and 2015 had been diagnosed with a mental illness at some point in their lives, although not all were serious enough to be covered by the proposed legislation.

Backers of the proposals say that because of the way these diseases affect people’s thinking and impulses, they are less culpable and ought to be spared from the most severe punishment allowed under law, just as children and the intellectually disabled are. The concept is backed by the American Bar Association.

“If these people aren’t seeing the world for what it truly is, if they can’t concentrate and think things through, if they’re so delusional or depressed their thinking isn’t reality-based anymore, they should not be held to the same standard,” said Megan Testa, a psychiatrist who helped draft the list of disorders included in the Ohio bill.

But opponents, including many prosecutors, say the legislation is unnecessary, because people with a serious mental illness are already protected by pretrial competency reviews and can plead not guilty by reason of insanity.

They also disagree with the requirement in many of the proposals that prosecutors prove a defendant had not been suffering from a severe mental illness at the time of the crime, saying the burden should fall instead to the defense to prove a defendant was mentally ill. Because some of the bills don’t specify how severe a disorder must be, opponents also worry the defense would be used too widely.

In many states, the bills are being discussed as part of a broader debate about the death penalty. Ohio has paused executions amid a lawsuit stemming from a botched execution in 2014. Arkansas is set to carry out eight executions by the end of this month, when its supply of fatal drugs expires, after struggling to find enough witnesses to sit in on the process.

“We do have a legal death penalty in Ohio for a certain class of crimes, and I support that,” said Republican state Sen. John Eklund, who sponsored the bill there. “But defending that punishment will become increasingly difficult if the punishment is not administered and adjudicated in a humane and responsible way.”

Evelyn Lundberg Stratton saw many defendants with severe mental disorders come through her courtroom when she was a trial judge and as a justice on the Ohio Supreme Court.

“It was their history. They’d been hospitalized 10 times, arrested numerous times for acting out of control. They’d be saying crazy things, saying aliens controlled the world. The whole gamut — you name it, I saw it,” said Lundberg Stratton, who left the bench in 2012 and has been advocating to end the death penalty for the mentally ill for more than a decade.

Of the 141 people on death row in Ohio, 21 have a severe mental illness that would exempt them from the death penalty under the bill, according to data compiled by the anti-death-penalty group Ohioans to Stop Executions.

Ohio has a strict definition of insanity — the defendant must not have known what they were doing was wrong. But most Ohio jurisdictions have a more limited interpretation, Testa said. They require that a defendant didn’t know the act was illegal.

“It’s very narrow,” she said. Testa gave the example of a schizophrenic who commits murder in a state of paranoia but may not qualify for the insanity defense if they knew their actions were against the law.

Lundberg Stratton said Ohio’s narrow definition of insanity required her to affirm use of the death penalty even in cases where mental illness had been an important factor. In one such case in 2006, a man who murdered a friend who would not lend him money had a history of hearing voices, had been hospitalized 13 times, had attempted suicide multiple times, and had been diagnosed with bipolar disorder.

The proposed legislation largely functions the same from state to state. Testa said the listed disorders affect people’s ability to plan, think through consequences and perceive reality. The defendant can be diagnosed before or after arrest, but the disease must be shown to have been active when the crime was committed.

Once deemed competent to stand trial, defendants suffering from one of the disorders listed by the legislature could raise the issue at a pretrial hearing, where a judge would decide whether they qualify for protection from the death penalty if convicted. If the judge says no, the defense could raise the issue again at trial, and a jury would likely decide the matter. Those found to have a serious mental illness could still face life in prison if guilty, but would avoid the death penalty.

Many of the prosecutors who have spoken out against the bills said there are enough legal options and Supreme Court precedents to protect people who have a severe mental illness.

For example, people who do not fit the legal definition of insanity and are found guilty of a capital crime can try to avoid the death penalty at sentencing by presenting their mental disorder as a mitigating factor.

“The jury and the judge, when they impose a sentence, will take that into account. It’s not something we ignore under current law,” said John Murphy, executive director of the Ohio Prosecuting Attorneys Association.

But mental health professionals and defense attorneys say bias against the mentally ill means evidence intended to convince a jury to reduce a sentence may have just the opposite effect.

“The law says mental illness is a mitigating factor but unfortunately some jurors who are weighing the case don’t see it that way,” said Testa, the psychiatrist. “They think, ‘This person’s brain is this way and they’re never going to get better.’ ”

Critics of the bills also complain that they don’t address the severity of the illness, which they say could allow a wide range of people to seek the protections they provide.

“We will not be surprised if every single inmate now on death row files a post conviction petition to be evaluated for mental illness so they can take advantage of this process to get off death row. Why wouldn’t they?” Murphy said in written testimony to the Ohio Senate Judiciary Committee in March. “All they need do is get a diagnosis of one of these conditions, even at the most minimal level.”

In her 2006 plea from the bench for a state standard for sentencing people with mental illness to the death penalty, Lundberg Stratton acknowledged it would be a challenge. Mental illness differs from intellectual disability in that there’s no equivalent to an IQ score to easily determine the severity of a mental illness, she said.

But psychiatrists say anyone with a disorder covered by the bills has a severe mental illness. As some conditions, like bipolar disorder and depression, become more widely accepted by society, people may underestimate how serious they are.

“People are called bipolar because they have a mood swing,” Testa said. But getting diagnosed with any of the covered diseases requires experiencing life-altering symptoms for a long time.

Prosecutors also don’t want the burden to be on them to prove that a person wasn’t suffering from a severe mental illness at the time of the crime.

“I don’t know how we’re supposed to show what was in his own mind and how it affected his judgment,” Murphy said. “It seems virtually impossible.”

Kari Bloom with the Office of the Ohio Public Defender said the burden the bill places on prosecutors is just.

“If we want to execute a person in the state’s name, it doesn’t seem like a lot to say, ‘This person wasn’t suffering from a serious mental illness,’ ” she said. “The state should have the decency of showing every person we take to death is the right kind of person to be there.”