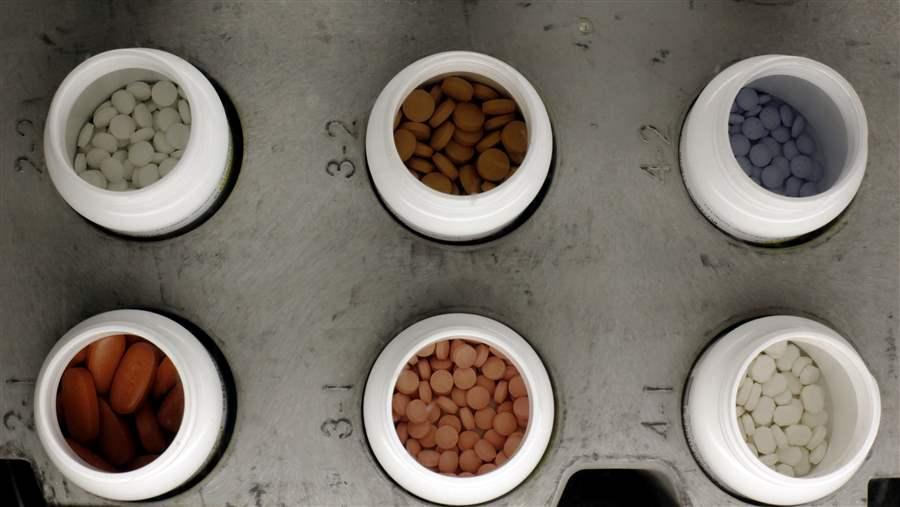 States are taking action to speed up the approval processes health insurers use for some prescription drugs.

Cameron Credle was barely more than a toddler when he was diagnosed with abnormally high cholesterol. And over the years, despite being an avid runner and bicyclist and a careful eater, Credle has seen his numbers climb high into the 400s. Even the cholesterol medications he was taking didn’t get him into the healthy range of under 200.

So, Credle, now 30 and a woodworker in Chapel Hill, North Carolina, was relieved to learn a couple of years ago about a new class of approved cholesterol drugs called PCSK9 inhibitors that were proving highly effective for people like him whose lifelong high cholesterol was determined by genetics rather than lifestyle — a condition known as familia hypercholesterolemia.

That’s when Credle says he found out about a health insurance process known as prior authorization, which requires an insurer to expressly agree to cover the cost of certain, usually more expensive, medicines even if the patient’s doctor says they are the best treatment for that patient.

In Credle’s case, it took more than a month to get approval for one PCSK9 inhibitor, which proved to be too much for his stomach, and four more months to get approval for the other, Repatha, which he was able to tolerate. According to Credle and his doctor, William Cromwell, the pharmacy benefits manager used by his insurer turned down the request for the first drug once and the request for Repatha three times, although Cromwell insisted that Credle met all the criteria for approval. And despite having been approved for the first drug, Credle and his doctor say they had to go back to square one and prove he needed the second when the first didn’t work.

Repatha, like many drugs that require prior authorization, is among an expensive class of drugs known as “biologics,” highly complex medicines that derive from biological sources, as opposed to conventional drugs, which are manufactured from a chemical synthesis. A single dose of Repatha retails for about $600. Credle needs an injection every two weeks.

Cases like Credle’s help explain why state legislatures in recent years have intervened to speed up the prior authorization process and similar practices used by insurers. Currently, legislatures in Colorado, Iowa, New Mexico and Texas are considering such legislation.

“We shouldn’t have to subject patients to the hardship of ineffective therapies that don’t work,” said Jonathan Krant, chief of medicine and of rheumatology at Adirondack Health Systems in Saranac Lake, New York. Krant said some of his patients with autoimmune disease risk permanent damage to their joints if they are forced to wait for months for effective remedies.

The insurance industry defends the need for what it calls “utlilization management” techniques like prior authorization and step therapy, which requires patients to first fail on what are known as preferred drugs, which are generally less expensive, before they can be approved for others.

Those practices, said Kristine Grow, spokeswoman for the America’s Health Insurance Plans (AHIP), the lobbying organization for the country’s commercial health plans, “can help ensure that patients are aware of treatments that may be as effective and less expensive.”

“This, in turn, can lower out-of-pocket costs for the patient immediately — and for all Americans in the long run,” she said. “It helps to increase care effectiveness and decrease costs. Patients benefit from better outcomes and better affordability.”

But many health advocacy groups say utilization management is simply a form of obstructionism that forces practitioners to spend countless hours battling bureaucrats over medical issues. Cromwell, a specialist in the management of cholesterol and lipoprotein disorders, said it’s all designed to deny patients drugs they need and increase insurers’ profits. “From what I see, they are looking for any reason whatsoever to turn you down rather than help the patient,” he said.

United Healthcare, Credle’s insurer, said the process used in his case was not prior authorization or step therapy but a third utilization practice called “medical necessity.” Medical necessity is often used interchangeably with prior authorization to mean an evaluation of whether a suggested treatment is clinically justified. In any case, United Healthcare blamed the delays in approvals for Credle’s medication on Cromwell’s slowness in submitting medical records. Cromwell could not be reached again before deadline to respond.

While many states have considered imposing limits on insurers’ management practices, they have not scrapped them entirely.

Matthew Titone, a Democratic assemblyman who sponsored a bill that became law in New York last year, said at one time he preferred an outright ban on those insurance practices. But, he said, the techniques sometimes introduce medical providers to effective medications they might not otherwise know about.

But, Titone said, he also wasn’t aware of a single instance in which the insurer didn’t direct patients to a cheaper alternative. “Basically, they are concerned about their bottom line, not the patient’s health,” he said.

Much of the legislation across the country is aimed at speeding up the approval process and making it less cumbersome for practitioners.

California has developed standardized prior authorization forms, in part to address complaints from doctors that they are spending too much time trying to master the different red tape of multiple insurance companies.

At least 18 states, including California, Connecticut, Illinois and New York, have passed legislation over the last six years that provides ways for practitioners to override the step therapy process or to speed the process, according to the Global Healthy Living Foundation, which represents people with chronic diseases.

Some of the laws, like New York’s, require insurers to base their decisions on clinical evidence and not cost. California, Illinois, New York and Kentucky require insurers to respond quickly to override requests. Connecticut and Kentucky have set limits on how long a patient must be on a drug before a determination can be made that it is ineffectual. California has also passed a measure that spares patients who switch health plans from having to go through step therapy with the same drug when they already went through the process under a previous health plan.

Such a provision would have been useful to Chantelle Marcial, 37, who helps with housing and moving for new employees at the Massachusetts Institute of Technology and was diagnosed with rheumatoid arthritis in her mid-20s. She said she has had to wait as long as 12 weeks for effective treatment after she switched insurance plans and was forced to undergo the step therapy process again. In the meantime, she suffered through severe joint pain.

“I could be productive and going to work,” she said. “Instead I’m at home in pain just waiting until I can get something that will actually work.”

Cromwell, Credle’s physician, said his assistant spent at least 14 hours arguing with the pharmacy benefits manager for United Healthcare before finally getting approval for the second drug, which is effectively controlling Credle’s cholesterol.

“This is something I need in order to live; it can add decades to my life,” Credle said. “When I’m paying for their insurance, I expect to get something back.”