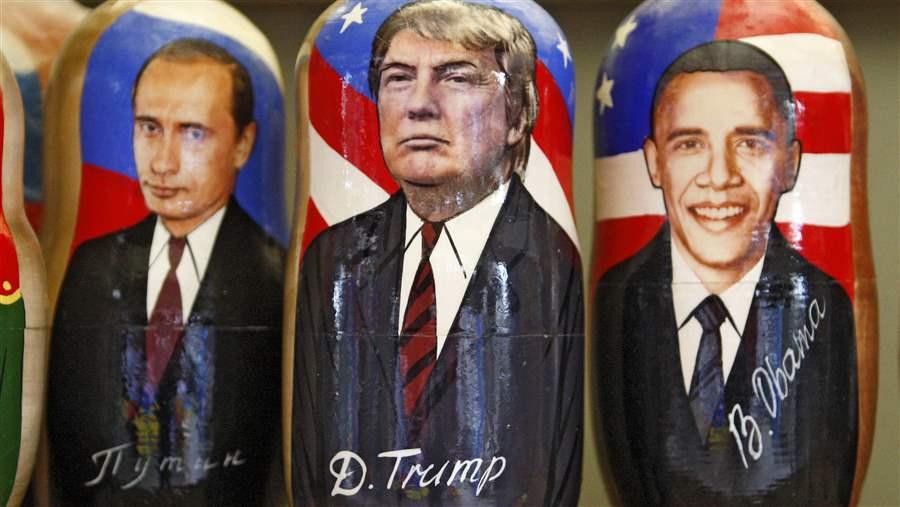 In an effort to stymie foreign influence in elections, several states are considering bills that would limit how businesses with some foreign ownership participate in elections.

Editor's note: This story was updated to correct a quote from FEC Commissioner Ellen Weintraub.

Amid concerns that Russia helped sway the 2016 presidential election, several states are considering legislation that would bar companies with significant foreign ties from contributing money in state campaigns.

Hoping to take the decision a step further, proponents of bills under consideration in Massachusetts, Connecticut and Washington state would bar political spending by businesses in which non-U.S. citizens have a significant ownership stake.

“If a company is owned and controlled by foreign nationals, then I think we really have to take a hard look at how that is consistent with the existing law on the books that says foreign nationals aren’t allowed to spend money in our elections,” said Federal Election Commissioner Ellen Weintraub, who has been testifying in support of the idea at the state level after the FEC deadlocked on a similar proposal.

Sponsors of the legislation aren’t sure how much foreign money makes its way into state elections, because under current law it doesn’t have to be disclosed. But there are several recent examples of companies with foreign ties spending significant sums at the state level.

The ride-hailing company Uber, along with its competitor Lyft, together spent $9 million on a 2016 ballot initiative in Austin, Texas, that would have overturned the city’s requirement that drivers for the companies undergo fingerprint-based background checks. The Chinese ride-hailing company Didi invested $100 million in Lyft, and Uber announced a few weeks after the election that Saudi Arabia had secured a 5 percent stake in the company with a $3.5 billion investment. Airbnb, the short-term rental company owned in part by Russia-based company DST Global, gave $10 million to its super PAC to run ads on New York state lawmakers’ positions on short-term rentals during the 2016 election.

But critics say having some foreign ties — especially minimal ones — should not disqualify corporations from participating in the political process.

“Corporations have a right to speak about politics. It’s a strange calculus that says we’re going to sacrifice the rights of the 95 percent American ownership for the 5 percent foreign ownership,” said Allen Dickerson with the Center for Competitive Politics, a First Amendment group that supports the Citizens United decision.

How Much Is Too Much?

The proposals vary in the percentage of foreign ownership that would bar a corporation from political participation.

In Massachusetts, the proposed prohibition would block companies from donating to super PACs or running political ads if they have a single foreign owner who owns 5 percent or more of the company, or multiple foreign owners who combined own 20 percent or more of the company. Super PACs, or political action committees, can raise unlimited sums of money from corporations, but cannot contribute directly to campaigns or political parties or coordinate their political advertising with either.

A Connecticut bill imposes similar requirements. The Washington state measure would apply to businesses that are majority-owned by foreigners. And a Maryland bill would prevent any company whose principal place of business is outside the U.S. from spending money on state ballot initiatives.

“Certainly a company owned by more than 50 percent foreign nationals … raises a very sharp question of who is using the leverage of corporate treasury to influence democracy,” said Ron Fein with Free Speech for People, which fights corporate spending in politics and helped draft the Massachusetts bill. “We think companies with less than 50 percent run that same danger.”

In a hearing on the Washington bill, Republican Sen. Kirk Pearson questioned whether any “foreign country would care about my election in the 39th District.”

But while big ad buys and contributions are still rare in legislative races in most states, statewide elections and ballot initiatives are attracting more cash.

Spending in state elections has been growing steadily since 2000, according to data from the National Institute on Money in State Politics, which tracks spending in state races. Adjusting for inflation, candidates in 2000 collected nearly $1.2 billion in contributions compared with $2.3 billion in 2014, the last major election year for which there is complete data.

U.S. businesses also are becoming more international. According to data from the Federal Reserve, foreign ownership of U.S. corporate stock has grown from about 5 percent in 1982 to 26 percent in 2015.

Those two trends are helping fuel the debate.

“The board of a public company generally conceives of themselves as working for the shareholders,” said John C. Coates, a professor at Harvard Law School who testified in favor of the bill in Connecticut. “That affects the policy decisions the company supports, the candidates they may support, lobbying on certain laws that may affect their business model, ideas about what countries it wants to engage in trade with — all of those are affected by having a significant foreign owner.”

Jim Manley, a lawyer with the Goldwater Institute, a conservative think tank that has filed a lawsuit to overturn a Massachusetts law that bars corporations from giving directly to state candidates, said the bills ask businesses to give up too much.

Both Manley and Dickerson of the Center for Competitive Politics suspect the real intent of the proposals is to undermine the Citizens United decision. “How much of this is an attempt to prevent indirectly what we can’t do directly, which is prevent businesses from speaking? I understand there are people who don’t like Citizens United, but it’s the law,” Dickerson said.

Supporters of the bills deny that charge. Weintraub opposes the Citizens United decision, but she argues that state efforts to limit foreign influence honor the logic behind it.

Democratic state Sen. Ted Kennedy Jr., who sponsored the bill in Connecticut, said that a disclosure requirement might be a middle ground between supporters and opponents of spending restrictions. “Citizens deserve to know who is making these contributions,” he said.

Another potential pitfall of the legislation, according to critics, is that it would be difficult for corporations to certify a level of foreign ownership. Stocks are routinely traded, they argue, and large investment houses make purchases on behalf of thousands of people.

Dickerson said the FEC policies already in place for wholly owned subsidiaries of foreign companies target what is most important: that PAC money comes from American operations and that Americans make the decisions about how it is spent.

“There is a tendency in the legislative and political process to underappreciate both how interconnected American businesses are with the larger global economy and the difficulty of parsing these things out at that level of detail,” Dickerson said.

But Coates said companies already know if 5 percent or more of their stock is foreign-owned because under federal law they must report any purchase of that size, as well as the nationality of the buyer, to the Securities and Exchange Commission. Furthermore, he said, publicly traded companies already collect that kind of information on stockholders for their annual shareholder meetings.

State Sen. Andy Billig, the Washington Democrat who is pushing legislation there, said the claim that some companies don’t know who their owners are only strengthens his case. If they can’t figure it out, he said, “then they should not be allowed to participate in campaigns.”