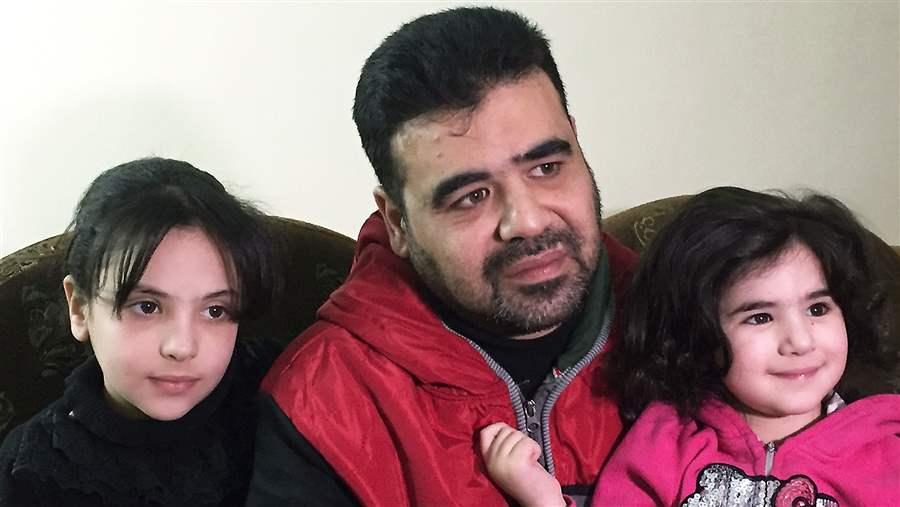 A Syrian refugee family in Amman, Jordan, undergoing screening for possible resettlement in the U.S. A new presidential executive order suspends refugee resettlement for 120 days, though it doesn’t single out Syrians for indefinite suspension.

Despite controversy, some small towns have welcomed Syrian and other refugees as a way to combat population loss and jolt sagging economies. Most states have partnerships with the federal government and local nonprofits to help settle refugees.

Since Trump’s original order was stayed by courts, an additional 5,254 refugees have arrived, including 673 from Syria, according to data from the Refugee Processing Center, which works with government agencies and groups to resettle refugees.

Monday’s order leaves open the possibility for accepting more refugees, including Syrians, before the federal fiscal year ends Oct. 1. But it made clear they would come from countries where refugees can be adequately vetted with “additional procedures.”

U.S. Attorney General Jeff Sessions said that the FBI is investigating more than 300 people who came to the U.S. as refugees for possible terror-related activities.

The new order also caps the total number of refugees the U.S. will accept through Sept. 30 at 50,000. Former President Barack Obama had set the cap at 110,000 people. By the time the 120-day suspension goes into effect, about 39,000 refugees will have arrived since Oct. 1, said Stacie Blake, a spokeswoman for U.S. Committee for Refugees and Immigrants, a refugee advocacy and resettlement organization.