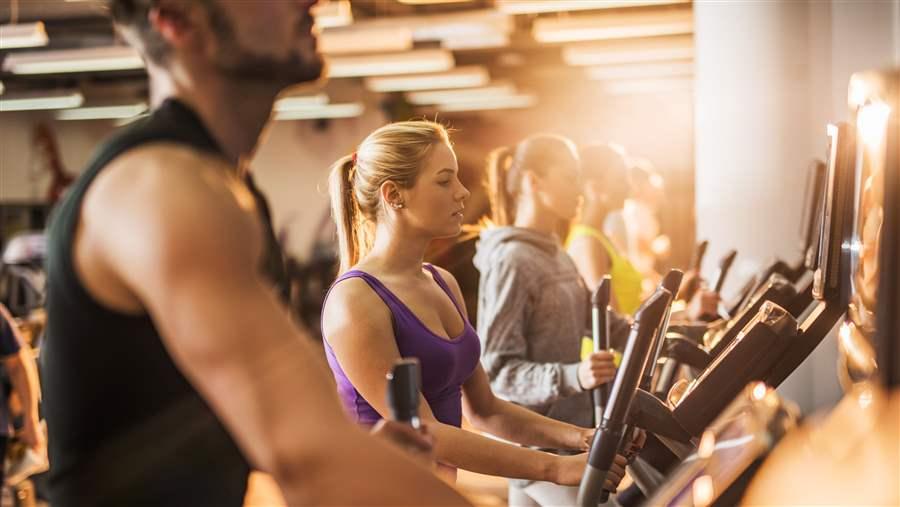 Health clubs are among the businesses some states are targeting with laws that restrict the use of auto-renewal clauses in consumer contracts.

Ever sign up for a magazine or maintenance service and then get surprised by a renewal charge that pops up on your credit card bill months later? Have you gotten frustrated when you can’t figure out how to cancel, or it’s too late to avoid the charges?

It’s called automatic renewal, and the practice increasingly is showing up in consumer contracts for all sorts of services and products, from home appliance maintenance and health club memberships to internet security software and subscriptions.

Driven by consumer complaints, a growing number of states are stepping in to restrict the practice by requiring businesses to disclose their auto-renewal policies clearly and conspicuously up front, get customers’ express consent to renew before charging them, or give notice in writing about how to opt out before the cancellation deadline passes and they get charged for renewal.

At least 22 states impose requirements on some types of automatic contract renewals. And this year, legislation that would restrict their use has been introduced in at least eight states, including Kansas, Minnesota and Wyoming.

The laws vary. In some states, such as California and Oregon, they apply to most consumer contracts. They not only have specific disclosure requirements and cancellation notice instructions, but they also require companies to provide customers with easy ways of canceling, such as toll-free phone numbers and email addresses. In other states, such as New Hampshire and Arkansas, the laws target only specific types of businesses, such as health clubs or home security companies.

“But their main goal is to make sure consumers are informed before they sign the contract and are aware of the terms and what it takes to stop the renewal down the road,” said Heather Morton, a legislative analyst for the National Conference of State Legislatures.

Advocates for the requirements say they protect customers from unwittingly entering into self-perpetuating agreements and then getting stuck paying for something they don’t want.

“They seem to never die. You see those charges and try to cancel, but you’re too late and it keeps repeating itself,” said Benson, a Democrat who for years has tried to pass an auto-renewal bill in his state and is sponsoring one again this year.

Businesses that oppose restrictions on auto-renewals, including cellphone and home security companies, direct marketers and magazine publishers, say they are unnecessary and burdensome. And, they say, the requirements can be a pain for customers who want seamless services without the hassle of frequently renewing contracts online or by mail.

“We are extremely customer-friendly and we do self-regulate,” said Rita Cohen, a senior vice president for MPA - the Association of Magazine Media, a trade association that has opposed auto-renewal bills in a number of states. “There’s no need for overly restrictive legislation.”

Cohen says auto-renewals are “extremely valuable” to consumers and magazine publishers because they ensure customers’ subscriptions aren’t interrupted. Creating state-by-state requirements makes compliance difficult for her industry, which does national promotions, she said. It’s also costly for publishers to have to continuously produce renewal notices.

New York Democratic Assemblyman Jeffrey Dinowitz, who sponsored bills to restrict auto-renewals in previous sessions and is trying again this year, said the restrictions would not be a big burden for companies — but any burden should be on them.

“I’m not trying to do anything to hurt these businesses,” Dinowitz said. “But I believe the onus shouldn’t be on the consumer to say no, but on the company to convince the consumer to renew.”

Consumer advocates say auto-renewals, also called “evergreen clauses,” aren’t bad in and of themselves because some customers prefer them out of convenience. But often, they say, contract language about auto-renewals is buried in the fine print. Consumers don’t explicitly give their permission before the contract is renewed and learn of a renewal only when they see a charge on their credit card statement. By then, it may be too late to cancel.

“It’s a very lucrative way of getting money out of consumers’ pockets without them actually being aware of it,” said Sally Greenberg, executive director of the National Consumers League.

Lila McKinley, an attorney for Connecticut’s Department of Consumer Protection, said her state has a law restricting auto-renewals, but her office still gets complaints about them. Some consumers say that the language can be hard to find in contracts or that when they dial a number to cancel, “they can’t get in touch with a real, live person,” she said.

Another problem, consumer advocates say, arises when customers sign up for a “free trial” and forget about it, or don’t realize they’ll automatically keep getting charged after the trial period ends.

“You’re lured by a free sample or reduced rates initially, whether for a service or a product. That’s the reason the consumer takes the bait,” said Richard Holober, executive director of the Consumer Federation of California. “Then the burden is on the consumer to figure out how to get out of it. The company, in a few months, has made its profit on a transaction that hasn’t been honest and up front.”

Many industry officials say they already have a code of conduct when it comes to dealing with customers so new regulations are overkill.

In a memo opposing a New York bill last year, CTIA, the wireless communications industry’s trade association, wrote that its nationwide code, which requires carriers to disclose contract details at the time of sale, has helped consumers make informed decisions. It warned that passing restrictions in New York could limit consumers’ choice because they would threaten national regulations that allow companies to offer consumers greater wireless access at a lower cost. A patchwork of state regulations could limit consumers’ choices and increase their costs.

But the group called the proposed restrictions unnecessary and costly, and said they would be “ignored by bad actors.” The bill included up-front disclosure requirements and cancellation notice instructions. It also had a provision that if a business continued providing a product to a consumer without getting his consent under an auto-renewal agreement, it would be treated as an “unconditional gift.”

The controversy over auto-renewal provisions hasn’t just played out in legislative chambers. It’s also moved to the courts.

A number of companies have been sued over their policies by state attorneys general or in class-action lawsuits brought by consumers.

In 2014, Sirius XM Radio agreed to a $3.8 million settlement with attorneys general from 45 states and the District of Columbia for allegedly using misleading advertising and billing practices, including auto-renewals without customers’ consent.

And last year, McAfee agreed to pay up to $80 million in two class-action lawsuits alleging the security software company had automatically renewed customers’ subscriptions at a higher price than promised.

All three companies denied the allegations in the lawsuits and did not admit fault.

While those cases involved large companies that do business nationwide, squabbles over evergreen clauses also can be very local.

“We’ve had complaints about everything from contracts with heating and air conditioning companies to people who run lawn services to exterminators,” said Pennsylvania state Rep. Thomas Murt, a Republican who co-sponsored a bill in the 2015-16 legislative session to restrict the use of the clauses. The bill died in committee, but he plans to reintroduce it this year.

Murt said the requirements that he seeks to impose on businesses would be “pretty milquetoast.” He wants any auto-renewal clauses in contracts to be in big, bold print and for companies to notify consumers about renewals 30 to 60 days beforehand so they can cancel.

“I don’t see how what we’re trying to do is an unfair burden on any business owner,” Murt said. “We are defending the honor of consumers here.”