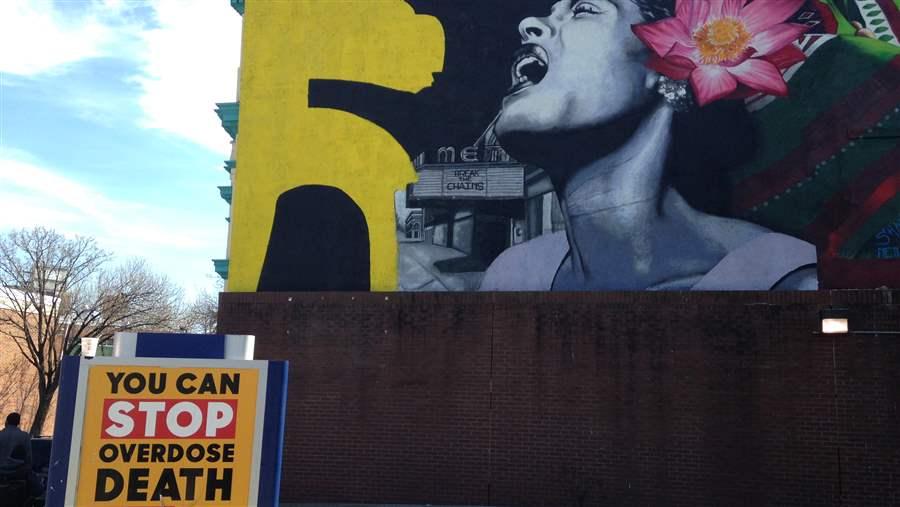 A sign for a Baltimore overdose reversal program. To stem the death toll in the opioid epidemic, Maryland has joined other states and the federal government in limiting prescriptions of opioid painkillers and promoting greater use of the overdose rescue drug naloxone.

New Jersey’s Republican Gov. Chris Christie has signed a bill setting a five-day limit on first-time prescriptions for opioid painkillers such as Vicodin, Percocet and OxyContin, the toughest restriction yet in a growing trend among states to curtail liberal prescribing of the highly addictive medications.

More than 30,000 Americans died in 2015 from overdoses of opioid painkillers and heroin, an epidemic widely considered to be the result of overprescribing pain medicine over the past two decades.

The bill also requires insurance companies to approve coverage for addiction treatment as soon as a patient seeks it.

As in other states, New Jersey’s limit on opioid prescriptions was controversial because physicians and some lawmakers saw it as interfering with physicians’ discretion. To address those concerns, the law allows doctors to add another five days to the prescription if the patient’s pain has not subsided.

The U.S. Centers for Disease Control and Prevention has recommended all prescribers of opioid painkillers limit initial prescriptions to three days, except for patients with cancer or those suffering pain at the end of life. New Jersey’s law excludes cancer and end-of-life patients, as well as those undergoing treatment for chronic pain.

The restriction is needed, the CDC said, because doctors and dentists routinely write prescriptions for a 30-day supply of painkillers, even for minor procedures, “just in case” the pain lasts longer than the expected day or two. Advocates for safer prescribing say the extras are often given to friends or taken from medicine cabinets for recreational use, further fueling the drug epidemic.

The insurance provision in New Jersey’s law is similar to one in a 2016 New York law that requires insurers to give people seeking treatment immediate access to care and to cover at least 14 days of continuous treatment before requiring authorization from providers.