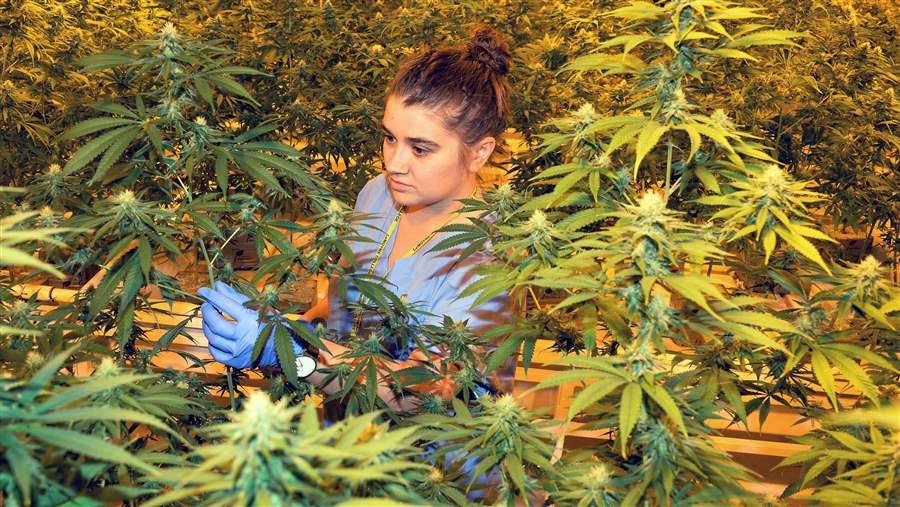 An employee examines medical marijuana plants in New York. Eight states already have legalized marijuana for recreational use and more could be on the way.

Lawmakers in Maryland have filed legislation that would allow the state to regulate and tax the sale and use of marijuana.

The proposal, a set of bills that would address regulation and taxation of the drug much the way alcohol is treated, was filed Monday by a group of legislators who say legalizing cannabis would lead to increased tax revenues and thousands of jobs.

The measures establish “a thoughtful regulatory scheme and tax structure based on best practices and lessons learned from other states,” said Richard Madaleno, a Democratic state senator from the Washington, D.C., suburbs. “Maryland is not only missing out on the benefits, but enduring the many problems associated with prohibition.”

Some lawmakers have also suggested letting voters decide whether marijuana should be legal during the 2018 general election, according to The Baltimore Sun.

Eight states already have legalized recreational marijuana through a voter referendum. But it can take years to establish a regulatory structure once a ballot initiative is approved, while states also must deal with other challenges of legalization such as access to banking and drugged driving.

Lawmakers in Maryland legalized medical marijuana in 2014, but implementation has been slow. The commission tasked with handing out sales licenses is now facing a spate of lawsuits.

Maryland joins at least a dozen other states considering bills to legalize recreational marijuana this year. Nearly 30 ballot measures are also being considered in 2017 and 2018.