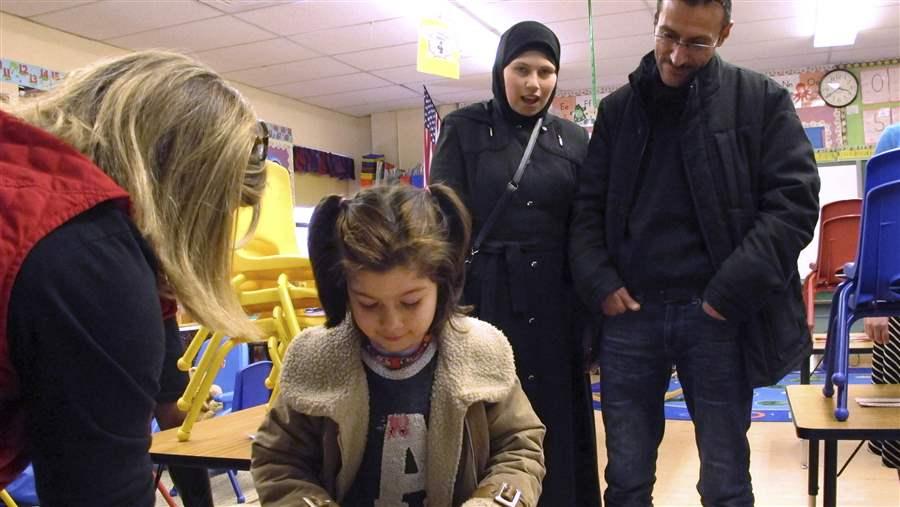 President Donald Trump’s executive order on immigration dealt a blow to small towns across the country that had been seeking refugees as a way to boost their populations and improve their economies.

In Rutland, Vermont, Mayor Christopher Louras had asked the state’s resettlement agency to send refugees, seeing them as a way to fill vacant housing and entry-level jobs to keep the economy moving. Two Syrian families had already arrived this year and the city had agreed to take 25 families.

But in a statement on his official Facebook page, Louras wrote that Trump’s restrictions likely mean the city of 16,000 will see no more refugees of any nationality in the near future.

The order, issued late Friday, indefinitely bars Syrian refugees from entering the U.S. and puts a 120-day hold on all other refugees. It also caps total refugee admissions at 50,000 for the 12-month period ending in October, down from the previous 110,000 set by the Obama administration.

Clarkston, Georgia, which hosts refugees from Syria and other countries, called a special meeting Jan. 31 to discuss the city’s reaction to the order. The city council will hear information on the economic impact of losing refugees, including what it means for filling local jobs and vacant apartments.

Soft Landing Missoula, a volunteer agency helping to resettle more than 50 refugees in Missoula, Montana, said in a statement that the order “cuts off a safe haven for those fleeing war and violence.” Missoula has recently welcomed refugees from Syria, Congo, Iraq, Ethiopia and Eritrea.

Vermont Gov. Phil Scott, a Republican, issued a statement objecting to the inclusion of people legally in the U.S., such as those with visas and green cards, in the executive order.

“I can’t imagine what Vermont, or our country, would look like today, had we refused to allow immigrants from all reaches of the world … simply because they were not born here or didn’t share our exact religious view,” Scott wrote.