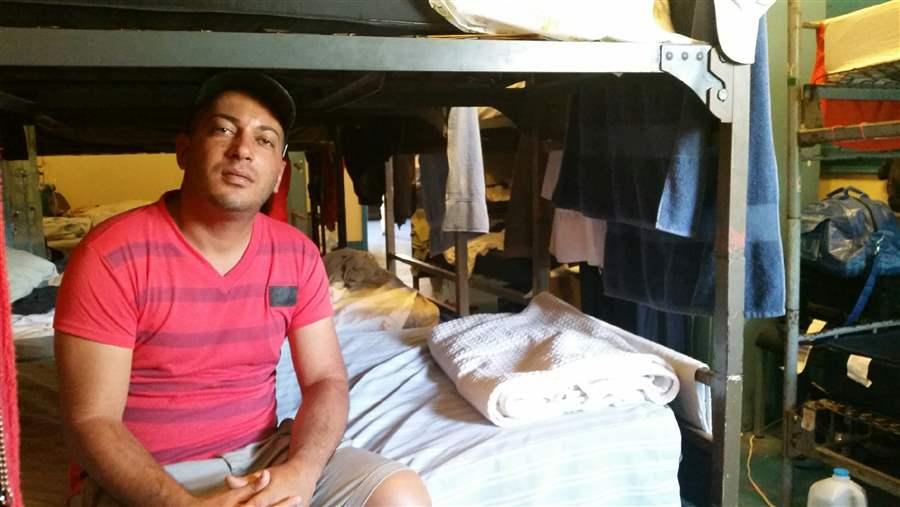 Héctor Martinez Rodríguez is one of dozens of Cuban immigrants who took refuge in El Paso, Texas. President Obama announced Thursday he was ending a policy that for decades has allowed Cubans like Rodríguez to stay.

Democratic President Barack Obama’s decision Thursday to end special immigration status for Cuban immigrants comes after a sharp increase in the number of Cubans coming to the United States.

For more than two decades, Cubans caught in the water on their way to the U.S. needed to prove they were refugees, while those who reached U.S. soil could stay, regardless of circumstances, under a policy dubbed “wet foot, dry foot.”

Since Obama and Cuban President Raul Castro announced two years ago that they would begin to normalize relations between the countries, the number of Cubans coming to the U.S. has increased dramatically. About 77,000 Cubans entered the U.S. between October 2014 and April 2016, with many taking perilous journeys through Central America and Mexico to reach U.S. soil by land.

Many immigrants told advocates and attorneys in the U.S. they were coming because of the poor economic and political conditions in Cuba, but also because they feared their special immigration status might end as diplomacy resumed between the countries.

Congress has been debating whether to end the policy, which had allowed the immigrants to gain legal residency after a year. It can take years for people fleeing other countries to gain refugee status or citizenship.

Under the new policy, Cuban immigrants who attempt to enter will now be subject to deportation unless they qualify for humanitarian relief, Obama said in a statement.

“With this change we will continue to welcome Cubans as we welcome immigrants from other nations, consistent with our laws,” he said.

Obama said his administration has worked to improve the lives of Cuban people inside of Cuba by providing them with greater access to resources, information and connectivity to the wider world. “Sustaining that approach is the best way to ensure that Cubans can enjoy prosperity, pursue reforms, and determine their own destiny,” he said.