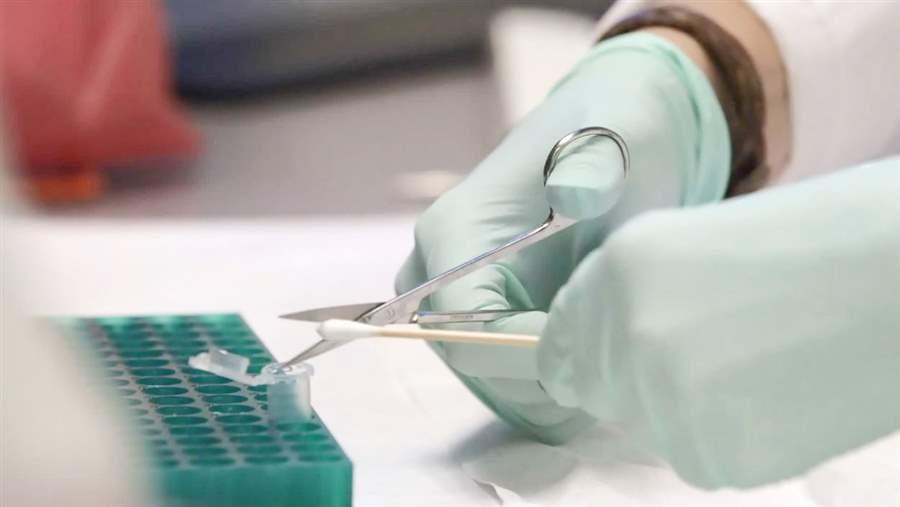 More than 30 states swab suspects for DNA samples when they are arrested for a felony, hoping to solve cold cases and prevent future crimes. But opponents say the process doesn’t respect the presumption of innocence.

© Idaho Press-Tribune via Idaho State Police via The Associated Press

When someone fatally shot an 82-year-old man who was checking his mailbox in the Indianapolis suburb of Zionsville one afternoon in September, police had few leads to go on. When someone shot at police stations in Indianapolis a few weeks later, police again were unable to identify a suspect.

Police connected the two crimes because shell casings showed the same rifle was used in both. But their big break came when they were able to match DNA left on the casings and on a note left at one of the police stations with a DNA sample taken from a burglary suspect in Ohio in 2015. The match led to the arrest of Damoine Wilcoxson, 21, of Indianapolis, for the crimes.

Wilcoxson was never convicted of burglary in Ohio. But because Ohio is one of at least 32 states that allow police to take DNA samples from people as soon as they are arrested for a felony and enter them into a national database, Indiana authorities were able to crack the case.

“We had no leads,” said Todd Meyer, prosecutor for Boone County, Indiana, where the murder occurred. “Without the DNA we were able to obtain from his felony arrest in another state, I believe the case would continue to be unsolved. We had nothing to lead us in that direction.”

Advocates for swabbing people as soon as they’re arrested, like Meyer, say it helps solve hard-to-crack cases when other leads grow cold. And, prosecutors and law enforcement officials say, it can help prevent crime by catching repeat offenders earlier in their criminal careers.

“We started back in old days with mug shots, then people’s fingerprints,” Meyer said. “Now in the 21st century, we need to start using DNA to the fullest extent.”

But opponents, including defense attorneys and civils rights groups, say that when people are swabbed for a DNA sample when they’re arrested, they are being treated as if they’re suspects in other crimes or even implicating themselves in crimes they may not be suspected of. And in cases in which a person is never charged, it can be expensive to get the record of their DNA expunged.

States have been passing and expanding DNA collection programs over the past decade. In 2013, President Barack Obama signed a law that set aside $10 million a year for three years in federal funds that states could tap to launch or expand their DNA programs.

The U.S. Supreme Court has upheld the practice, saying taking samples at the time of arrest doesn’t violate the Fourth Amendment’s protection against unreasonable searches and seizures. “Taking and analyzing a cheek swab of the arrestee's DNA is, like fingerprinting and photographing, a legitimate police booking procedure,” the court wrote in a 2013 decision in a case from Maryland.

How states collect DNA from suspects varies. About half require samples be taken in all felony arrests. Others limit it to some felony crimes, often those considered violent. About a dozen states require probable-cause hearings before the sample can be analyzed, but most do not. Nearly all allow people who are not convicted to expunge their DNA information from databases. In some states that means sending a letter, but in others it requires a court hearing and hiring a lawyer.

Indiana currently only takes DNA from people after they are convicted of a felony. Wilcoxson, who was arrested in Indiana on felony drug possession charges in 2014 and 2015 but pleaded guilty to a misdemeanor, wasn’t swabbed. But his case, for which he’s awaiting trial, is leading to a renewed push in the state to collect DNA samples from people as soon as they are arrested for a felony, something some legislators have advocated without success before.

The second day the law was in effect, police matched DNA taken from someone arrested on a felony abduction charge with a rape that had occurred 10 years earlier.

Tom Stickrath, superintendent of the Ohio Bureau of Criminal Investigation, said the state lab received about 3,000 DNA samples a month before the law took effect, when the state took DNA swabs only after people were convicted of felonies. Now the lab gets about 4,000 samples a month mainly from arrestees.

Once the samples are processed, they are entered into a national database called the Combined DNA Index System, or CODIS, which also includes unidentified DNA from unsolved crimes. With millions of entries, the system often helps law enforcement match DNA samples of known offenders with samples collected from unsolved cases.

Stickrath said Ohio has gone from an average of 100 hits a month before the law to about 250 a month. That information is passed to police, but the bureau does not track the legal outcomes of the cases.

In Denver, where DNA has been taken from felony arrestees since 2010, about a third of the 873 hits since the city’s program began have resulted in new trials.

“Sometimes the victim doesn’t want to cooperate. Sometimes you can’t overcome a consensual defense. Sometimes the DNA is there innocently. DNA is not only thing you look at,” said Mitch Morrissey, who stepped down as Denver’s prosecutor early this year. “It’s like an arrow going towards a suspect.”

But Morrissey said the law helps prevent crimes by catching criminals early. “The longer you wait for them to get in database, the longer they’re able to commit crimes.”

Opponents say the laws take a dragnet approach, and ensnare people who haven’t yet been convicted of a crime in other legal battles.

“What is happening is not that law enforcement is seeking evidence that the person committed the crime they were arrested for, but seeking evidence that this person committed some unrelated, unsolved crime,” said Pollack of the National Association of Criminal Defense Lawyers. “It is neither going to strengthen the case against the person that has been arrested, nor weaken it. It has nothing to do with that case.”

Oklahoma last year passed a law requiring DNA collection upon arrest for a felony, with the sample to be automatically destroyed if charges are dismissed.

Ryan Kiesel, executive director of the American Civil Liberties Union of Oklahoma, said police already are able to get a warrant for DNA if it’s necessary for investigating a crime. Testing people whose DNA isn’t needed is a fishing expedition that will exacerbate existing backlogs, he said.

“You’re growing the haystack to where it’s even more difficult to find those needles,” he said.

Creating a process for those who are not convicted to get their DNA out of the system poses its own challenges. Some states, like Oklahoma, destroy the samples or expunge records of the DNA automatically, usually if charges are not filed or if they are dismissed. But others require people to request it, like Colorado, or to go to court to clear their record, like in Alabama. The current version of Indiana’s bill would allow for expungement of a DNA record only if a person is acquitted of charges.

Larry Landis, executive director of the Indiana Public Defenders Council, said it’s important that DNA information be easily expunged if no charges result. “It could be a bad arrest, a false arrest, a mistaken identity arrest — if there’s a presumption of innocence the burden shouldn’t be shifted to you to move for expungement and pay for it,” Landis said.

In many states, the court fees for expungement range from $50 to $250, and in a few the cost exceeds $500. That’s on top of legal fees when a lawyer is necessary.

Critics of collecting DNA from people who are arrested also worry it will worsen racial disparities in the criminal justice system, either entangling people in other cases or in the expungement process. People of color are disproportionately arrested compared to their share of the population. Black people, for instance, comprise 13 percent of the population, but account for nearly 27 percent of all arrests, according to the FBI.

“You’re taking one problem in the system, that people of color are arrested too often, and then you’re doubling down on it, exacerbating it by putting additional burden on people that have been arrested,” Pollack said.

But advocates say DNA should be viewed as a way to guard against bias and convictions of innocent people.

“It’s science,” said Jayann Sepich, co-founder of DNA Saves, which promotes gathering DNA upon arrest. “Either the [samples] match or they don’t. So many people are wrongfully convicted because of faulty eyewitness testimony or bias.”

The federal law that offered money to states to collect DNA was named for Sepich’s daughter, Katie, a graduate student in New Mexico who was murdered in 2003. Her daughter’s killer was caught three years later, something Sepich said would have happened sooner if his DNA been taken when he was arrested for another crime in 2003.