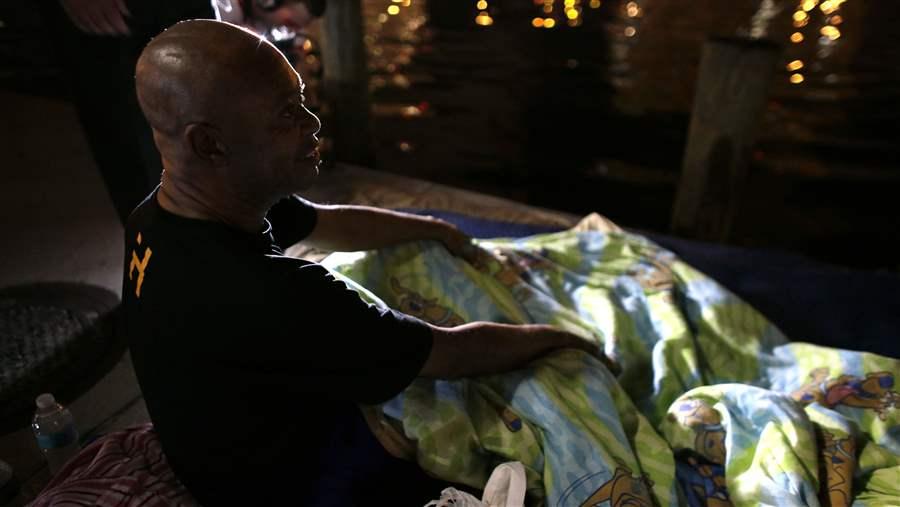 Homeless veteran James Thomas talks with officials in Miami. Miami-Dade County is one of hundreds of municipalities that had sought to end veteran homelessness by the end of 2015.

The Obama administration is giving one final push toward meeting its goal of ending veteran homelessness.

Robert A. McDonald, secretary of the U.S. Department of Veterans Affairs, said this week that the department and its local partners had launched a 30-day effort to find a home for as many homeless veterans as possible.

The administration first set its goal to end veteran homelessness by 2015 in 2010. McDonald said at a forum Thursday that the country has made “significant progress” in reducing homelessness among veterans, but there is more to be done.

“For the next 30 days — during a time of year when temperatures in many parts of the country can become dangerously cold — I challenge VA and all of our partners to strategically target available resources to help our nation’s homeless veterans,” he said.

As of December 2015, Virginia and 15 municipalities had declared victory, out of the 850 that announced they would try. At last count, Connecticut, Delaware and 20 additional communities had also met the goal. To meet the goal, municipalities and states weren’t required to house all veterans, but they did need to prove they could quickly provide all veterans with shelter, if needed.

Since 2010, veteran homelessness has fallen by 47 percent, according to the VA.

Communities that have been working to meet the goal say they face many challenges, including the lack of affordable housing and the need to address the underlying reasons for homelessness, such as mental illness or drug addiction.