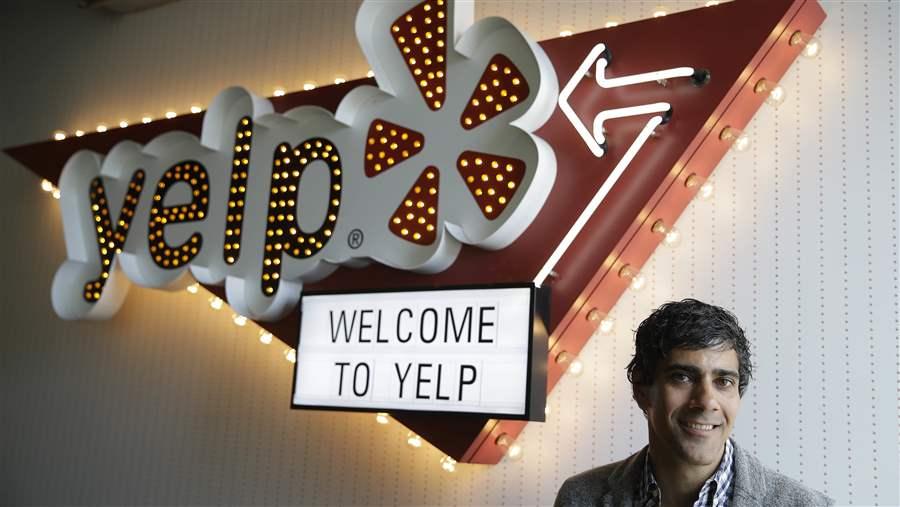 Jeremy Stoppelman, CEO of Yelp. Yelp is one of a number of firms that offer online platforms for consumers to post their personal reviews and ratings on just about everything, from restaurants to products.

The Consumer Review Fairness Act prohibits businesses from inserting “gag clauses” in the fine print of online service agreements that bar consumers from writing negative comments about them on sites such as Yelp or TripAdvisor.

Some businesses angered by consumer ratings or reviews have threatened legal action against complaining customers or slapped them with financial penalties.

Consumer advocates say most customers aren’t aware of non-disparagement clauses, which often are buried deep within boilerplate language of the agreements. They’re usually found online when customers click the “accept” button under “terms and conditions.” In written contracts, they’re tucked into the fine print.

Before the federal action, two states — California and Maryland — enacted “Right to Yelp” laws that prohibit such gag clauses in consumer contracts, and several others considered similar measures this year.

Gag clause cases have drawn national attention in recent years after businesses reacted to negative reviews. In one case, an online novelty gift company allegedly demanded $3,500 from a Utah couple who posted a negative review about poor customer service on ripoffreport.com. The couple refused to pay and ran into trouble getting credit after the company reported the unpaid debt.

In another, a Texas pet-sitting company that cared for a couple’s two dogs and a fish sued them for $6,766 after the woman wrote a lengthy, negative review on Yelp.