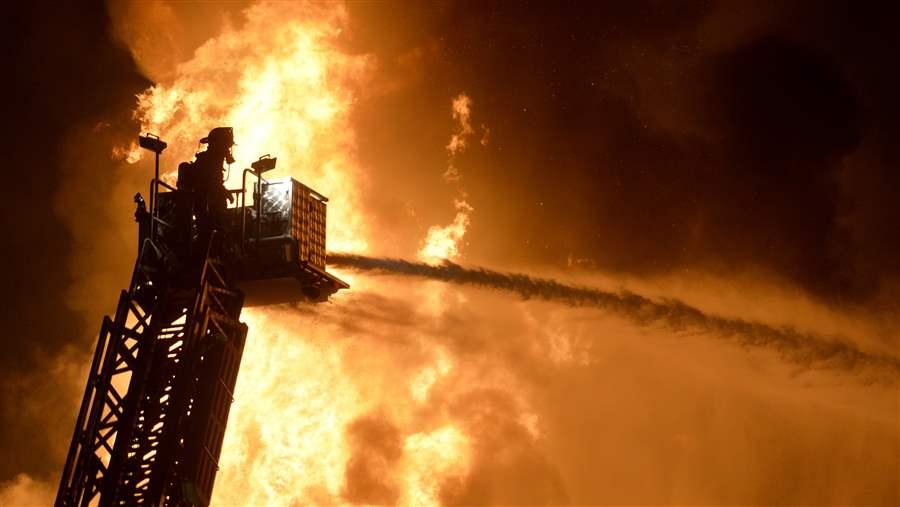 A firefighter battles a blaze in Evans, Georgia. Nearly three dozen states have passed laws that presume certain cancers are job-related for firefighters, making them eligible for benefits.

The Ohio Legislature has passed a measure that creates a presumption that when a firefighter has cancer, it was related to his job and exposure to toxic smoke and fumes.

The bill, sponsored by Republican state Sen. Tom Patton, would make it easier for firefighters to get workers’ compensation and pension benefits if they are diagnosed with cancer.

The measure, which now goes to Republican Gov. John Kasich, applies to fire department personnel assigned to at least six years of hazardous duty who have been exposed to high level carcinogens and are disabled as a result of cancer.

If Kasich signs the bill, Ohio will join nearly three dozen states that have laws that presume certain cancers are related to firefighters’ jobs. That means firefighters can become eligible for benefits without having to prove that their cancer was job-related. It would be up to a firefighter’s employer, usually a city or a county, to prove the cancer was in fact caused by something else.

Ohio cities and counties have opposed such bills because they say they are too costly, and most of the financial burden would be borne by local governments.

Firefighters’ unions and others who support the laws say studies have proven the link between firefighting and cancer. They say every time firefighters show up to battle a blaze, they deal with a toxic soup of carcinogens that they breathe and absorb through their skin.