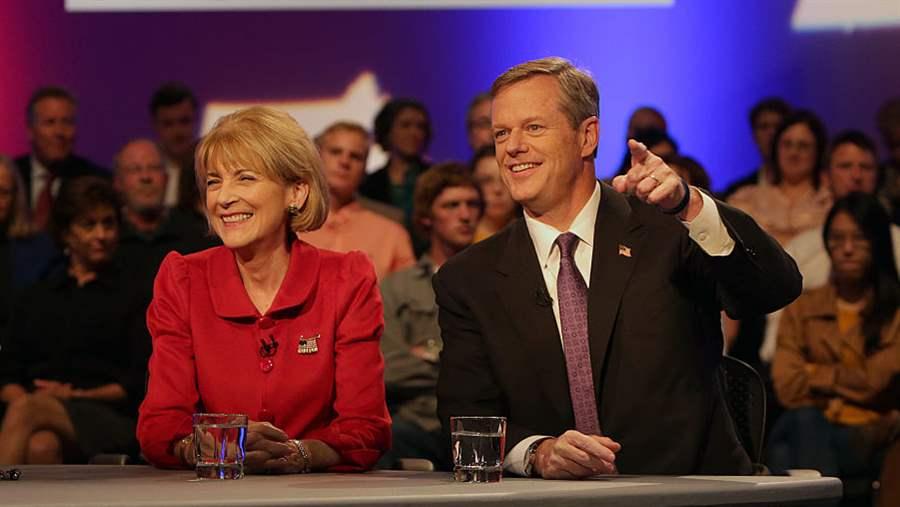 State legislators’ support for public television is strengthening after nearly a decade of deep spending cuts and sharp ideological opposition from some lawmakers to the very idea of taxpayer-supported TV.

In winning the additional money, boosters have successfully argued that public television is about more than “NOVA” and “Downton Abbey.” Public television stations produce programs and school materials that delve into state history and culture. They shed light on state and local political issues, sponsor debates between candidates, and are the backbone of the Emergency Alert System.

“In most of the states that we do business with … local networks and stations have convinced the legislatures that they provide essential services,” said Patrick Butler, the president of America’s Public Television Stations (APTS), which represents stations around the country. “The tide has turned considerably.”

Public television is a tiny share of state budgets, usually no more than 1 percent.

In the current budget year, according to APTS, 13 states increased spending on their public TV networks and radio stations, 10 kept spending level and seven cut spending. (The budget numbers for the remaining states were not available.)

Of the seven states that reduced spending, only three enacted cuts greater than 3 percent. Public television wasn’t specifically targeted in any of the seven states, but took its share of cuts as lawmakers struggled with budget shortfalls, APTS said.

There also are signs at the federal level that public TV is no longer a top target of budgeters and small-government advocates: The Senate Appropriations Committee in June voted 29-1 to approve the Obama administration’s $445 million request for the Corporation for Public Broadcasting (CPB), which distributes money to state TV and radio stations.

One stunning example of a legislative change of heart was in Alabama, where lawmakers approved a whopping 35 percent increase to the Alabama Public TV (APTV) network — the largest boost in the country for fiscal 2017.

That increase was in sharp contrast to the beating APTV took during the recession and as the network dealt with a management scandal caused by what critics regarded as lavish and careless spending.

When Executive Director Roy Clem took over in late 2012, APTV’s budget had decreased 61 percent since fiscal 2008 and 54 percent of the staff had been laid off.

But Clem earned a reputation among lawmakers as a frugal manager who could make do with what he had. When the state’s fiscal situation improved, he made a strong case for restoring some of the cuts made earlier in the decade.

“There’s a lot of confidence in Roy and the leadership he has shown. What he’s been able to accomplish through the lean years has shown that he’s a good steward of what he’s been given and I think he can make it much better than it already is,” said Republican state Sen. Arthur Orr, chairman of the committee that handles APTV’s budget.

Unlike some lawmakers, Orr said, he never had ideological problems with APTV. But he supported the deep cuts it endured because he believed that other areas of the budget should take priority.

“Our schoolchildren need to advance and we need to make sure they can read,” he said. “So when weighed against those kinds of critical decisions in tough years, public television has to batten down the hatches and deal with what it has.”

Republican state Sen. Trip Pittman, who ran the committee for five years before turning the reins over to Orr, was a tougher case.

Pittman, who once proposed zeroing out APTV’s budget, is a strong advocate of limited government who doesn’t believe in taxpayer-financed television.

However, he said that while he eventually would like to see APTV “weaned off of public money,” he believes it serves an important purpose that warrants government financial support now.

“There’s an important civic aspect to this. You can’t really have a republican form of government unless people are well-informed, and I think that’s one of its strengths,” he said. “It has public service programming and news programming that does a much better job [than commercial networks]. ‘Frontline,’ their science programs — they do a great job.”

The upward trend in spending in many states does not mean, however, that public television stations across the country are suddenly flush.

Larger stations have largely recovered from the recession, but many smaller ones are still struggling, said Ted Krichels, CPB’s vice president for system development.

Public TV stations in Illinois, for example, have had to reduce programming hours because of the budget standoff there.

Wyoming’s primary public TV station is cutting staff because of an unexpectedly sharp shortfall in tax collections, fueled by the drop in oil and gas prices and a decline in coal production.

And Oklahoma’s public TV network is hoping to avoid layoffs and reductions in local programing even though it is facing a 16 percent budget cut ($550,000) in the fiscal year that started in July.

Dan Schiedel, who heads the Oklahoma Educational Television Authority, said there are still some conservative lawmakers in the state who simply don’t believe that public television is a core government service. However, he said, their numbers are shrinking.

Some stations have employed new strategies to stretch limited dollars. During New Jersey’s efforts to tame its budget in 2011, Republican Gov. Chris Christie engineered a transfer of the state’s public TV network operations to its New York rival, WNET, which now runs the network as a subsidiary.

WNET and the subsidiary receive whatever revenue and federal grants go to the New Jersey network in exchange for promising to air at least 20 hours of original New Jersey programming.

After New Hampshire Public Television (NHPTV) lost all of its state funding — nearly a third of its budget — in a single year, it forged an unusual partnership with its longtime Massachusetts rival, Boston-based WGBH. NHPTV ceded some of its viewers — and halted all attempts to raise money from them — in exchange for WGBH taking over much of NHPTV’s day-to-day operations.