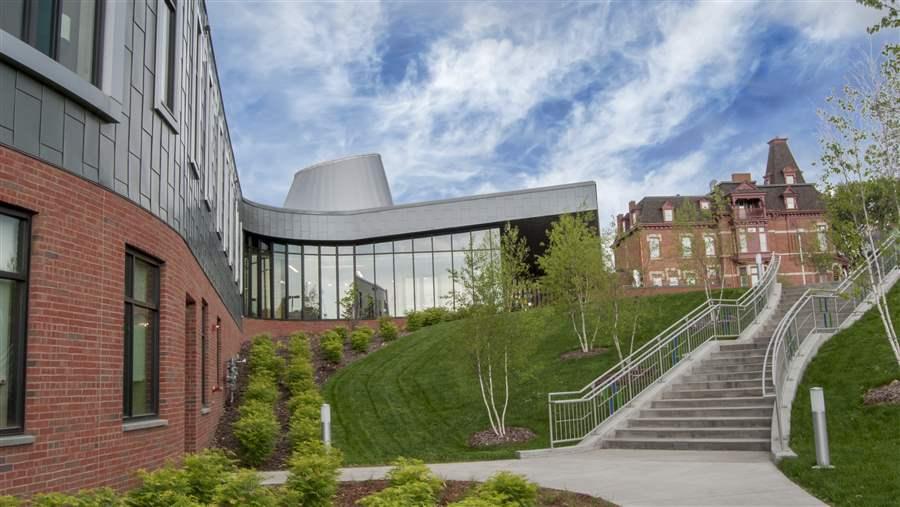 ST. PAUL, Minnesota — For decades, the fabled Hazelden Foundation here has relied on group therapy, individual counseling and other nonmedical approaches to help tens of thousands of people recover from drug and alcohol addiction.

But several years ago, Hazelden realized that too many of its opioid-addicted patients were dying of overdoses after dropping out of the traditional 12-step treatment programs.

It was time to try a different approach.

Breaking nearly 70 years of tradition, Hazelden in 2013 began offering patients in its 12-step program two addiction medications, buprenorphine and Vivitrol, to reduce their drug cravings. Three years later, the preliminary results are so promising they could prompt many medication skeptics to shift course.

Hazelden offered the medications to 500 opioid addicts who participated in an intensive outpatient program between 2013 and 2015. Historically, about a quarter of patients quickly drop out of Hazelden’s 12-step program to go back to using drugs. But among the 500 people studied, that figure dropped to 5 percent. Approximately two-thirds of the patients in the program opted to try the drugs.

“This is dramatic new evidence,” said Dr. Robert DuPont, a Maryland-based addiction specialist who served as the first director of the National Institute on Drug Abuse. “It’s revolutionary because it’s coming from Hazelden, which is the font of all drug-free programs.”

For years, national detox chains and residential rehab programs, some led by recovering addicts who conquered their own addictions without medication, have resisted using the drugs, despite research showing their effectiveness. More than two-thirds of U.S. clinics and treatment centers still do not offer them, and only about a fifth of the people who would benefit from addiction medications are getting them.

But Hazelden’s willingness to offer the medications and publicize the results could make a huge difference.

“For the many mom-and-pop recovery programs out there who have modeled themselves after Hazelden, this is a game changer,” said David Gastfriend, a medical adviser to the Treatment Research Institute.

“They’re not willing to take the scientists’ and the federal government’s word for it. But they can believe that medication works if they hear it from Hazelden.” 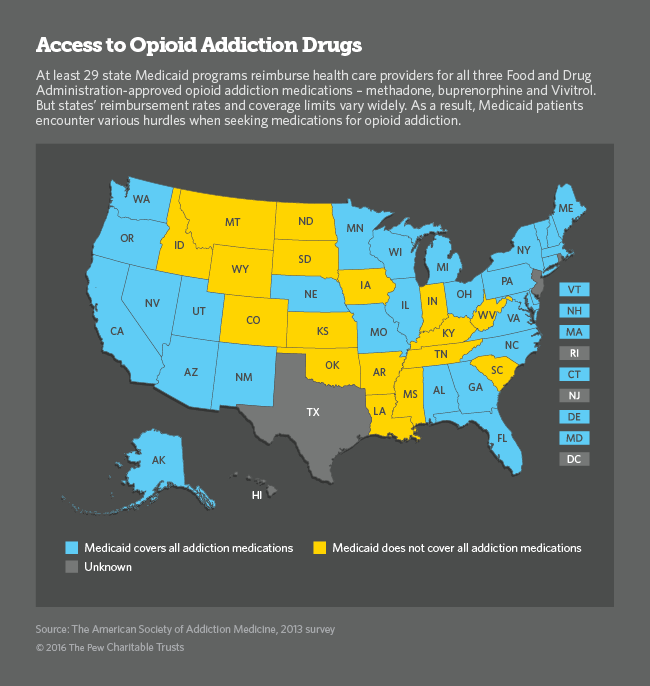 In the midst of a prescription painkiller and heroin epidemic that is killing 78 people every day, the Obama administration and addiction medicine experts are urging state Medicaid programs, private insurers, physicians and the treatment community to make medication available to an estimated 2.5 million opioid addicted people who need them.

In Minnesota, sometimes called the land of 10,000 treatment centers, there is no shortage of treatment facilities. But the vast majority of treatment in the state, and in the rest of the country, does not include any of the addiction medications that have been approved by the U.S. Food and Drug Administration, despite research showing that opioid addicts who take them are at least twice as likely to stay in recovery and avoid relapse for a year or longer.

Instead of paying for their services out-of-pocket or through private insurance plans as Hazelden patients do, lower income people with opioid addictions rely on federally supported insurance exchange policies, Medicaid and federal block grant funds.

Minnesota’s medical director for its Medicaid program, Dr. Jeff Schiff, said the state is making strides in expanding access to all types of medication- assisted treatment, though it needs to streamline the process patients encounter when seeking it.

Public funding for addiction treatment in Minnesota is better than in many other states, said Dr. Gavin Bart, director of addiction medicine at the Hennepin County Medical Center and a regional director of the American Society of Addiction Medicine. But Bart said there is still plenty of red tape. As a result, decisions about which medication a patient will receive, or whether medication is used at all, are based more on financing and logistics than personal or medical considerations, he said.

Minnesota is not the only state where the path to treatment, particularly medication-assisted treatment, can be circuitous. Not all state Medicaid programs even cover the cost of all three medications. And in the 19 states that have not expanded Medicaid to able-bodied adults, only limited federal block grant funding is available for addiction treatment.

Some physicians say they are seeing progress in insurers’ willingness to pay for treatment of addiction as a chronic, lifelong disease and to pay for the specific type of treatment and medication an individual patient may need.

“Some plans are beginning to understand they are required to cover the payments for treating this chronic disease and it could save them money in the long run,” said Dr. Kelly Clark, acting president of the American Society of Addiction Medicine.

Insurers are starting to realize that providing the right treatment for the right person in the right place, for as long as treatment is needed, will dramatically lower overall health care costs, she said. Keeping people in recovery prevents the spread of hepatitis C and HIV, as well as repeated inpatient hospitalizations and ER visits for related medical and psychiatric complications of addiction, Clark said.

Gastfriend says Seppala’s results are another sign of progress. “This news from Hazelden may begin to change the hearts and minds of many of the nation’s treatment providers, potentially opening the doors to greater access to evidence-based treatments at a time when insurers are beginning to wake up to the reality that it is in their interest to pay for the most effective treatments available.”