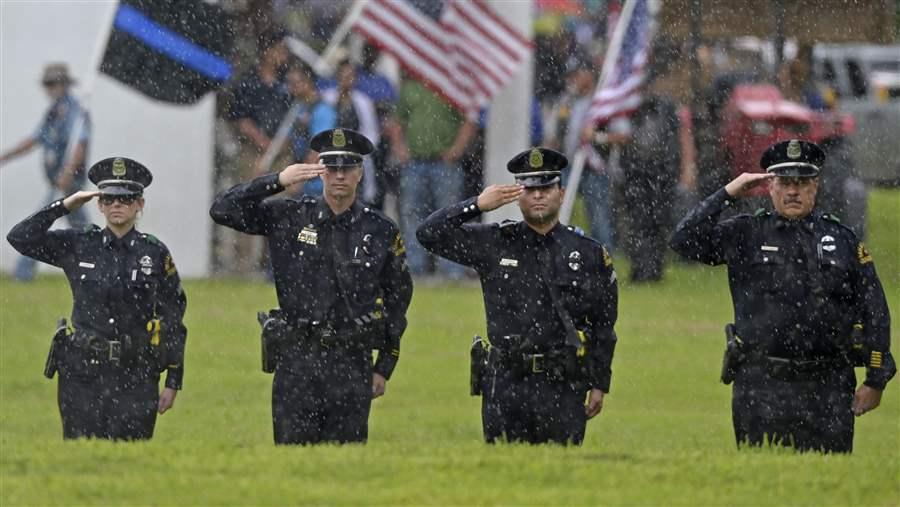 Hoping to deter deadly attacks against police officers, some states want to expand hate-crime laws, which are traditionally confined to characteristics such as race and ethnicity, to cover people who work in law enforcement.

Nearly every state has a hate-crime statute that increases penalties for offenders motivated by hatred of a victim’s race, religion, sexuality or other personal characteristic. Louisiana in May became the first state to add police to the list when it passed “Blue Lives Matter” legislation. Now half a dozen additional states are considering similar changes to their hate-crime laws.

Supporters argue the measures, which are backed by police, are a deterrent and send a strong message to police officers that the community stands behind them. Forty-one officers died in the line of duty last year, according to the FBI, and the recent killings of officers in Dallas and Baton Rouge have fueled calls for new measures to keep them safe. President Barack Obama, for example, is considering lifting the ban that blocks police departments from using military-grade equipment.

But critics say adding police to hate-crime statutes is unnecessary because there are already laws mandating longer sentences for those convicted of attacking police. Unlike hate-crime laws, those laws do not require prosecutors to prove the motive for an assault.

Groups such as the American Civil Liberties Union and the Anti-Defamation League (ADL) also worry that expanding hate-crime laws to cover police or other professions would dilute their original intent: ratcheting up the punishment for acts designed to intimidate whole communities.

States began passing hate-crime laws in the 1980s. At first, the laws covered race, religion and ethnicity. In recent years, they have been expanded to include characteristics such as sexual orientation, gender identity and disability status. Now Kentucky, New Jersey, Massachusetts, Mississippi and Texas are among the states considering adding police to the list.

“We need to address the polarization in this country,” said New Jersey Assemblyman Ronald Dancer, a Republican who sponsored legislation in his state. “Whether it’s from the color of one’s skin or the color of one’s uniform, no one should be targeted.”

Dancer’s legislation would increase penalties for a hate crime committed against an officer by bumping the crime up by one grade, say from a second- to a first-degree offense.

The ADL, which has long supported hate-crime laws, argues that the statutes should be limited to “people’s most precious identity categories.”

Hate-crime laws “should remain limited to immutable characteristics, those qualities that can or should not be changed. Working in a profession is not a personal characteristic, and it is not immutable,” the group said in a statement.

Kate Miller with the ACLU of Kentucky said the group is opposed to legislation there because it could dilute the power of hate-crime statutes. Miller noted that some of the bills include not just police officers but EMTs and firefighters. She worries that an expansion would open the door to “other professions that would undermine the original intent of the law,” taking the focus away from characteristics central to one’s identity.

But proponents argue police are being targeted in the same way the current protected classes are.

Frederick Lawrence, a visiting professor at Yale Law School who specializes in hate-crime laws, said recent attacks on police could be considered hate crimes because they were “directed at individuals not because of who that person is, but because of what that person is.”

He said it makes sense to add police because, like other protected classes covered by hate-crime laws, they have a shared history; have long been treated with animosity; and when one member of the community is harmed, they grieve as a group.

Lawrence said such laws are also a way society states its values.

“When we punish certain things more than other things we recognize the greater harm that is caused,” he said. “When we don’t, we make a value-laden statement that it makes no difference.”

Indeed, many sponsors say one of their main goals is to send a message.

“It’s that extra layer of protection that reinforces morale by knowing the state of Louisiana is behind them,” said state Rep. Lance Harris, the Republican who sponsored the legislation there. The state’s hate-crime law adds up to $5,000 in fines or five years to someone’s sentence for a felony-level crime.

Massachusetts state Rep. Alan Silvia, a Democrat who co-sponsored a bill that would add police to the hate-crime law in his state, agreed.

“People who put their lives on the line every day deserve every protection they can get,” said Silvia, a retired police officer. 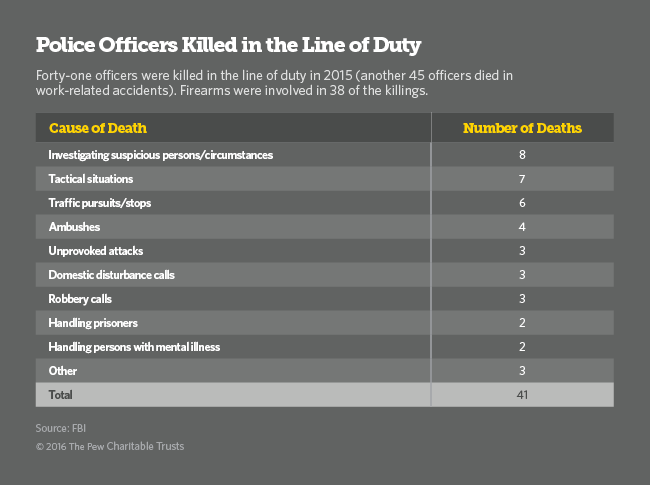 But the ADL notes that all 50 states already have laws in place that increase penalties for those who attack police.

Some see those statutes, which vary from state to state, as a better vehicle for increasing penalties for attacking police. In Massachusetts, Republican Gov. Charlie Baker has proposed increasing the state’s current penalty for assaulting an officer to a felony.

Michael Lieberman of the ADL said such statutes are a more appropriate way to protect police, because they make it easier to go after those who attack them.

Lieberman said prosecutors going after an attacker under a hate-crime statute would have to prove the intent — that the attacker went after an officer because of his profession. Under existing statutes dealing with violence against officers, prosecutors only have to prove that an attack against that officer took place.

“It’s an additional prosecutorial burden, so it really would be counterproductive,” he said of the hate-crime legislation.

Michael Bronski, a Harvard professor and co-author of “Considering Hate: Violence, Goodness, and Justice in American Culture and Politics,” questioned the deterrent effect of any hate-crime law, whether it covers an “immutable characteristic” or a profession. “What are we criminalizing when we already criminalize the activity?” Bronski said, pointing to the 1998 killing of Matthew Shepard, a gay man, in Wyoming. The state’s hate-crime law did not include sexual orientation, but the two men convicted are serving consecutive life sentences.

But Lieberman said hate-crime laws aren’t just there for big crimes like murder.

“One of the reasons we wrote hate-crime laws was because people were breaking windows in synagogues and spray-painting swastikas on the side,” he said, and those crimes don’t carry a large penalty on their own.