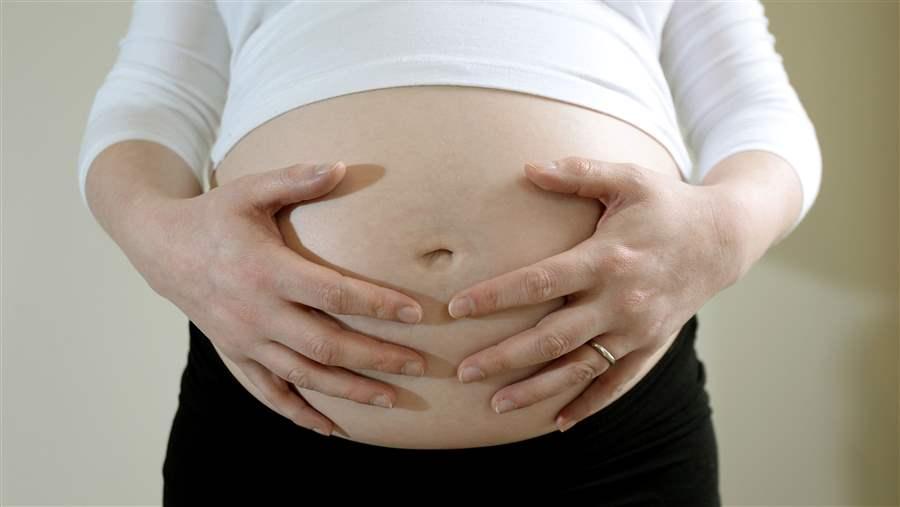 States are being asked to collect data on the deaths of pregnant women and new mothers to determine how to reduce maternal mortality rates.

The relatively high percentage of American women who die as a result of pregnancy, which exceeds that of other developed nations, is prompting a new national prevention campaign that is relying on the states to take a leading role.

The key element in that effort is to encourage all states to go beyond the information provided on a typical death certificate by having mortality review panels investigate the causes behind every maternal death that occurs during pregnancy or in the year after delivery.

The hope is the investigations will reveal systemic causes for at least some of the deaths and lead to preventive measures to save the lives of more would-be or new mothers.

A number of studies suggest that one in three maternal deaths is preventable.

“It’s hard to do anything about a problem if you don’t have the problem fully defined,” said Cynthia Shellhaas, an associate professor in the division of maternal-fetal medicine at the Ohio State University Wexner Medical Center.

The campaign is led by the Association of Maternal & Child Health Programs (AMCHP), a public health advocacy group, and the U.S. Centers for Disease Control and Prevention.

AMCHP and the CDC want every state that doesn’t have one already to create a maternal mortality panel of medical and forensic experts. They want the panels to collect as much information as possible related to every maternal death, including matters related to prenatal care, other health conditions, use of medications, drug and alcohol abuse, violence and medical procedures performed.

They also are encouraging states to standardize the data they collect. And they will provide a digital application to help them collect it, to make it easier to analyze the data for possible trends and remedies.

About half the states — including California, New York and Texas — already have panels, although each currently devises its own ways of classifying information and determining which cases to investigate.

But preliminary numbers suggest that maternal deaths are again on the rise after 2013, the institute said. The death rate is significantly higher in the U.S. than in other developed countries. For example, the rate is 8.2 in Canada and 6.1 in the United Kingdom and Japan. 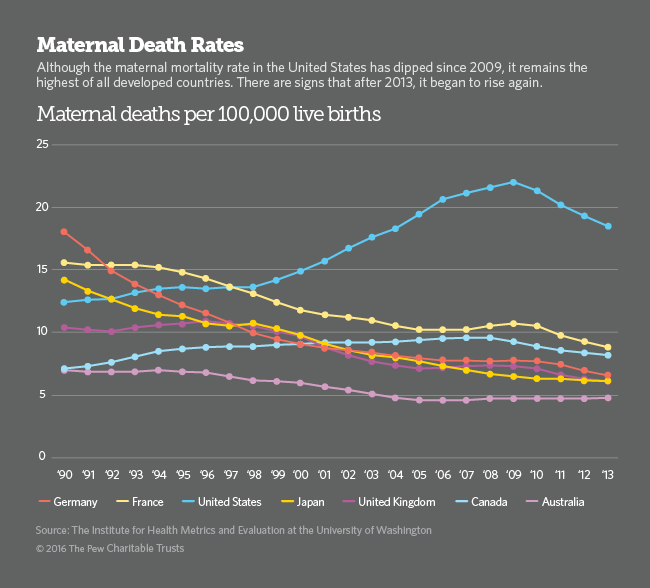 There are several possible reasons for the higher U.S. rate, including better reporting, mothers giving birth at older ages (increasing the odds of pregnancy-related complications) and the growing percentage of expectant mothers with untreated chronic conditions such as obesity, hypertension and diabetes. The upsurge in opioid overdoses also may be a factor.

The Joint Commission, a nonprofit that accredits health care organizations and programs, calls maternal deaths “sentinel” events. “For every woman who dies, there are 50 who are very ill, suffering significant complications of pregnancy, labor and delivery,” Dr. William Callaghan, a senior CDC scientist who studies maternal morbidity, said in the Joint Commission’s 2010 alert.

The notion of investigating the deaths of mothers to prevent them isn’t new.

Even then, there was a strong sense that many of the deaths could be prevented through improved medical and hygienic practices.

The work of those panels, combined with the Social Security Act of 1935, the advent of antibiotics, advances in obstetrics and medicine in general, and the trend toward more hospital births, led to a precipitous drop in the mortality rate through the early 1960s.

Many of the review panels disappeared. But as rates started rising again the late 1990s, panels began to resurface. David Goodman, the senior scientist for the CDC’s Maternal and Child Health Epidemiology Program, estimates that at least 20 states have panels and another dozen are creating them. Some states, including Illinois, have additional maternal mortality panels that focus on violent deaths.

Most of the mortality panels are appendages to state health departments, although Goodman said most operate with little state revenue. They rely instead on the financial contributions and participation of its volunteer members, which usually includes doctors, coroners, lawyers and even police officers.

Some states also have mortality review panels for fetal, infant and child deaths.

Although death certificates usually provide a cause of death, the quality of the information varies greatly from state to state.

The certificates lack the level of detail that would help hospitals and other providers make adjustments that could prevent recurrences, Goodman said.

For example, he said, a death certificate may indicate that a new mother might have died as a result of an infection. But a deeper examination of her case and similar ones could reveal deficiencies in the sterilization of surgical equipment in hospital obstetrics units.

Something like that happened in California. Evidence revealed by the California mortality review panel led to revised protocols in the handling of post-delivery hemorrhages in all California hospitals beginning in 2008.

Barbara O’Brien, program director of the Office of Perinatal Quality Improvement at the University of Oklahoma Health Sciences Center, said that evidence collected by her state’s mortality review panel has led to the use of compression devices for all pregnant women undergoing cesarean sections to reduce the risk of developing a deep vein thrombosis — a blood clot, usually in the leg, that can be fatal.

The panels turn to many sources of information, including autopsies, hospital and provider medical records, and, in some cases, records from police and social service agencies.

Some states have laws that give the panels access to those records, but not always. “If you want to go to the provider’s office who provided prenatal care [in Oklahoma] they aren’t required to give you the records,” O’Brien said.

Dr. Shellhaas of Ohio, who oversees her state’s maternal mortality panel, said it usually waits two years before delving into a case to allow any civil lawsuits to be resolved, which removes an impediment to getting the necessary documents.

AMCHP and the CDC are testing the new data collection system in a dozen states. Eventually it will be made available to all states, thanks in part to funding from the pharmaceutical giant Merck & Co. Inc., which is engaged in a $500 million, worldwide campaign to improve maternal health and reduce maternal deaths.

AMCHP also plans to create an internet portal to help states communicate with each other on issues related to maternal health and mortality, said Lori Tremmel Freeman, AMCHP’s CEO.