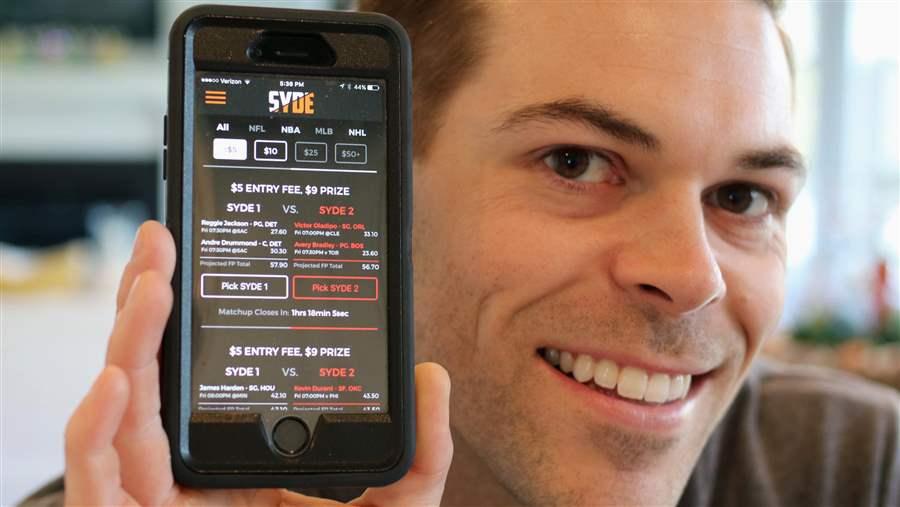 At a time when state taxes from traditional gambling like lotteries and casinos are flat or declining, a majority of states are now seeking to regulate — and possibly raise revenue from — daily fantasy sports sites.

Sites such as DraftKings and FanDuel contend they run games of “skill,” in which knowledgeable sports fans put together teams of players based on their abilities and compete against other fans. But many states have balked, calling the sites unregulated gambling. Some states have shut them down, and at least 30 states either have approved or are considering legislation to bring the games under state governance.

Entry fees for daily fantasy sports were more than $2 billion last year and could reach $14 billion by 2020, according to Adam Krejcik of the research firm Eilers & Krejcik Gaming LLC.

Only a few states are either currently tapping, or soon could be tapping, fantasy sports games for revenue — either through flat fees or income taxes. Others are likely to follow, according to the National Conference of State Legislatures, which tracks the issue.

“I don’t think we’re going to see a whole lot this year on revenue,” said Max Behlke, manager of state-federal relations for NCSL. “I think that’s a next-year issue. This year it is regulating and legality.” 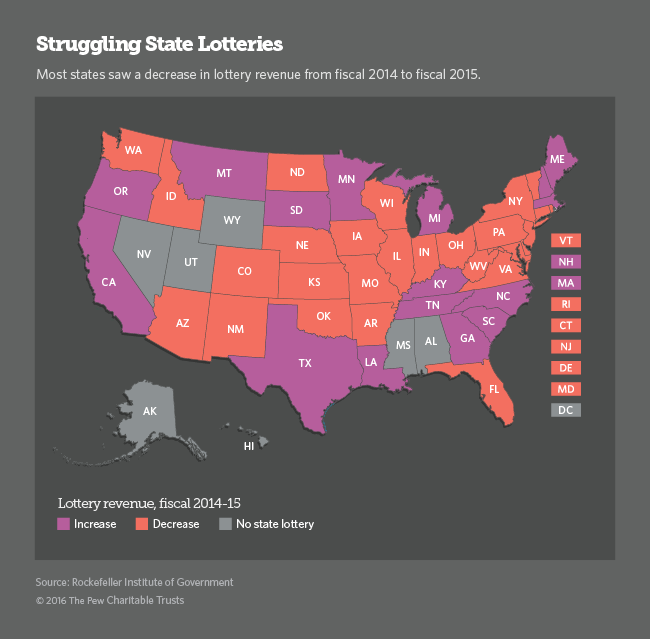 One state taking a hard look at how to raise revenue from fantasy sports sites is Illinois, where a budget impasse has left the state scratching for revenue. A bill that would regulate and tax the fantasy sports industry is moving through the House this month.

State Rep. Michael Zalewski, a Democrat from the Chicago suburb of Summit and the main sponsor of the measure to regulate and tax the gaming sites, said he wants to “bring them into line with other forms of gaming and entertainment.”

“We’re in a position where we need all forms of revenue,” Zalewski said; he had no estimate of how much revenue the bill, if passed, would actually generate for the state.

For the most part, FanDuel and DraftKings support regulation. Without it, they worry, some states will simply ban them. That’s what Illinois, New York and Massachusetts initially did, which sent the issue to the courts. New York reached a settlement with the companies last month that suspends the games there until September, pending action on a bill in the Legislature.

In Massachusetts, Democratic Attorney General Maura Healey set rules for the sites, including a prohibition on play by anyone under 21. She required casual players to be alerted that they are competing against veteran players by labeling those who enter more than a thousand contests or win big prizes as “highly experienced,” and demanded beginner games from which experienced players are banned. Players also are prohibited from creating multiple screen names to hide their identity.

Peter Schoenke, chairman of the Fantasy Sports Trade Association, the industry lobbying group that represents FanDuel and DraftKings, among other sites, said the organization supports most state regulations that “clarify” that fantasy sports are legal and should be subject to basic consumer protection measures.

Schoenke said his organization recognizes that there are costs associated with regulation, so it doesn’t object to paying fees. He described the $50,000 flat fees approved by Virginia and Indiana as high, and praised the sliding scale that Illinois envisions as more palatable.

The Virginia law, which takes effect July 1 and also prohibits minors from playing, was praised by FanDuel and DraftKings. In addition to prohibiting minors from playing, the Indiana law bans fantasy games based on college or high school sports. Kansas last year classified fantasy games as legal with an opinion by Republican Attorney General Derek Schmidt, but did not set any regulations.

Lawmakers in Rhode Island and California also are considering legislation. The Rhode Island bill, co-sponsored by Democratic state Rep. Deborah Ruggiero, requires an initial registration fee of $50,000, and $20,000 each year thereafter, as well as a 20 percent levy on the amount wagered by Rhode Island residents playing the games, which would go to the state’s general fund.

In California, the Assembly approved a bill that would explicitly legalize and regulate the sites and collect fees for the state. The Senate has not yet voted on it. Groups that oppose all gambling are leading the fight against the legislation.

The Rev. James Butler, head of the California Coalition Against Gambling Expansion, said regardless of how the gaming is regulated, “it would be an expansion of gambling we already have. For that reason alone, we would oppose it.”

Butler said he also worries that legalizing the sites would increase their popularity and result in more people gambling or in people gambling more. He maintained that increases in crime, unemployment, homelessness and bankruptcy can be attributed to gambling.

New York sprang to the fore of the fantasy imbroglio last year when Democratic Attorney General Eric Schneiderman declared the sites illegal and shut them down. A bruising court battle followed, and the companies agreed in March to stop operating in New York until state lawmakers take action.

State Sen. John Bonacic, a Republican, is sponsoring a bill that would require the companies to register with the state and subject them to regulation. The bill calls for a one-time $500,000 registration fee, which can be applied to offset taxes paid over the first three years of operation and includes a 15 percent tax on gross revenue generated from players in New York.

Young suggested that states may not reap as much from fantasy sports as they think they can.

In a report titled “State Revenues from Gambling: Short-term relief, long-term disappointment,” the Rockefeller Institute of Government said gambling revenue has softened in recent years as more states get into the gaming business or expand it.

Lotteries account for two-thirds of state and local gambling revenue; commercial casinos account for 19 percent and racinos (which combine race tracks and casinos) account for 12 percent.

Overall lottery revenue declined by 0.7 percent in 2015, the report said, with 27 states reporting declines. That was the second consecutive year of decline. Revenue from casinos and racinos increased an anemic 1.1 percent, but the growth was attributable mostly to Maryland and Ohio, which recently legalized operations and opened more facilities.

“For state legislators, it is much harder to raise taxes on income or sales or cut spending on education or other vital services, while legalizing and expanding gambling is seen as a relatively easy and painless source of revenue and job growth,” said Lucy Dadayan, the Rockefeller analyst who wrote the report.