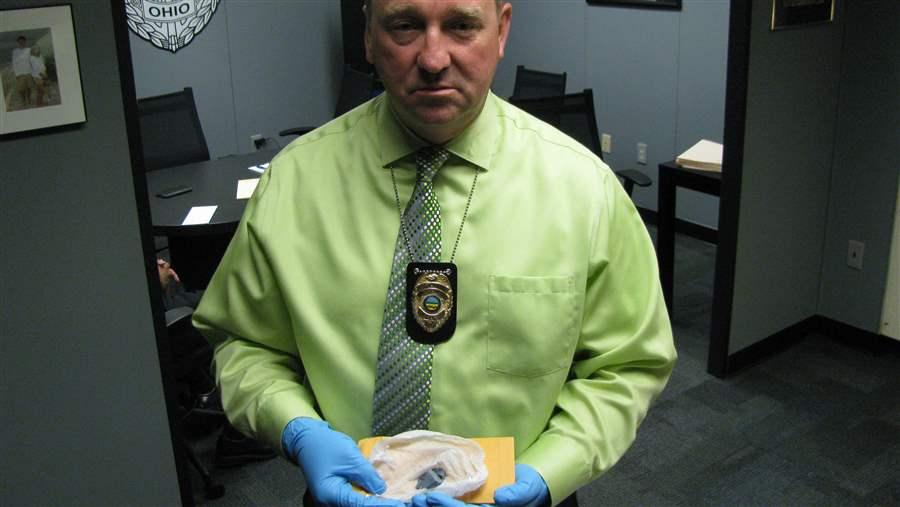 ATLANTA — When Ohio tallied what many already knew was an alarming surge in overdose deaths from an opioid known as fentanyl, the state asked the U.S. Centers for Disease Control and Prevention to investigate.

The rash of fatal overdoses in Ohio — a more than fivefold increase in 2014 — was not an isolated outbreak. Fentanyl is killing more people than heroin in many parts of the country. And the death toll will likely keep growing, said CDC investigators Matt Gladden and John Halpin at the fifth annual Rx Drug Abuse and Heroin Summit here.

Fentanyl, used in its legal pharmaceutical form to treat severe pain, represents the latest evolution of an epidemic of opioid addiction that began with prescription painkillers and moved to heroin, as users demanded cheaper drugs and greater highs.

At least 28,000 people died of opioid overdoses in 2014, the highest number of deaths in U.S. history. Of those, fentanyl was involved in 5,554 fatalities, a 79 percent increase over 2013, according to a December CDC report.

Unpublished data for the first half of 2015 indicate an even steeper spike in fentanyl deaths, Gladden said.

Fifty times stronger than heroin and a hundred times stronger than morphine, fentanyl is relatively cheap to produce illicitly and efficient to transport. It is often mixed with heroin, so that users are unaware they are inhaling or injecting the dangerous drug.

But after watching many of their friends drop dead over the last couple of years, most drug users say they are trying to avoid fentanyl, according to Traci Green, an associate professor of epidemiology at Brown University. Green was a panelist at the summit, presenting her findings from a study of fentanyl deaths in Rhode Island.

Users can sometimes detect fentanyl by color. It can be whiter than pure heroin powder, which typically has a brownish tint.

Still, some users seek out the powerful opioid for its superior high, Gladden said. “They find out someone just overdosed from it and they want to know where they can buy it.”

For suppliers of fentanyl, losing customers to fatal overdoses has not been a deterrent. Nor has drug users’ apparent fear of inadvertently using the deadly drug. When mixed with heroin, it creates a superior product that commands a higher price. Drug dealers keep producing it because it creates more addicts who are willing to pay for it, said the CDC’s Halpin.

The CDC’s analysis of Drug Enforcement Administration data revealed a twelvefold increase in law enforcement seizures of fentanyl since June 2013, primarily in Florida, Indiana, Kentucky, Maryland, Massachusetts, New Hampshire, New Jersey, Ohio, Pennsylvania and Virginia. This indicates a surging supply of the drug, which in some states already has propelled a significantly higher number of overdose deaths.

In 2014, drug overdose deaths jumped in many of the same states: New Hampshire (74 percent; all due to fentanyl, according to Gladden); Indiana (10 percent), Maryland and Massachusetts (19 percent); Ohio (18 percent); Pennsylvania (13 percent); and Virginia (15 percent), according to the CDC.

In Ohio, the agency found, the typical fentanyl-related overdose victim was a 38-year-old white male with a high school diploma and some college education. Many Ohio overdose victims had bipolar disorder, depression or other mental illnesses. And many had recently left a prison, jail, hospital or treatment facility. The deadliest month was April 2015, when 124 Ohioans died of fentanyl involved overdoses, the study found.

The CDC recommends that officials in Ohio issue warnings about the deadly street drug; intensify surveillance in the eight counties with the highest death rates; make the overdose-reversal drug naloxone more widely available; and ensure first responders are equipped with multiple doses of the antidote.

Because fentanyl is so potent, victims who overdose on the drug frequently require multiple doses of naloxone to be revived. They also need immediate follow-up treatment in a medical facility, making it imperative that bystanders call 911.

In general, the CDC calls for Ohio and other states to be more vigilant about testing for fentanyl in post-mortem toxicology reports to determine where fentanyl may be putting drug users at highest risk. Once fentanyl is detected, first responders in the area should be on high alert.

Long term, public health authorities and medical professionals should try to reduce the demand for fentanyl and other opioids through addiction prevention efforts, including safer practices in prescribing painkillers and improved systems for monitoring prescriptions.

Getting more people into treatment also will reduce that demand.

In Rhode Island, Brown University’s Green said, the state is sending recovery coaches to emergency rooms when people overdose to help them get into treatment. The next step, she said, will be to start overdose victims on addiction medication before they leave the hospital.