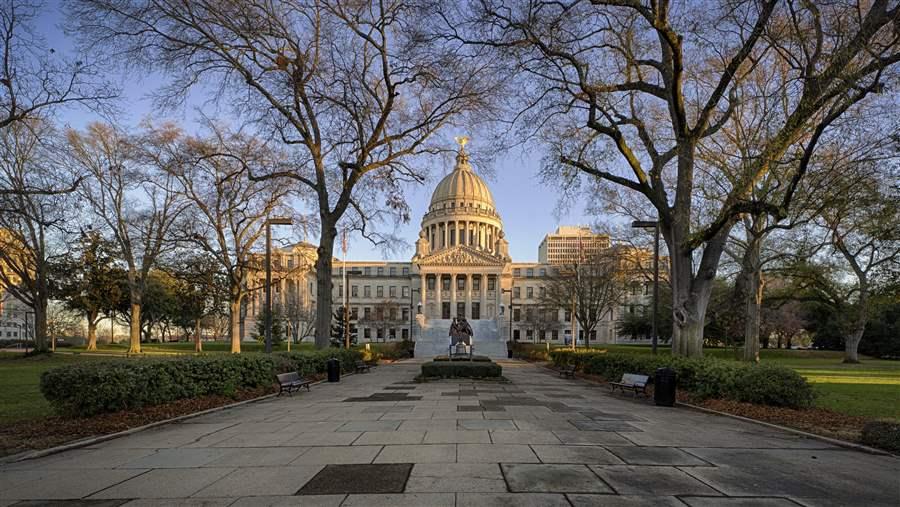 With far more people behind bars than any other country—including China, Russia, and India— the United States is rightly viewed as the world’s incarceration leader. But for nearly a decade, an important domestic shift has been under way.

Since peaking in 2007, the share of American adults who are incarcerated in jail or prison has fallen 10 percent, from 1 in 100 to 1 in 111. The proportion of U.S. adults on probation or parole has dropped 15 percent, from 1 in 45 to 1 in 52. State governments, which bear primary responsibility for managing criminal offenders, have driven these parallel declines by enacting laws that use limited correctional resources more wisely.

One common policy change in the wave of reforms has been a re-evaluation of the way states punish low-level theft offenders. Since 2001, at least 30 geographically and politically diverse states—from Arizona to Vermont and Alabama to Oregon—have raised the value of stolen money or goods needed to prosecute theft as a felony, rather than as a misdemeanor. (Felonies typically carry sentences of a year or more in state prison; misdemeanors generally result in probation or less than a year in a local jail.)

Lawmakers have raised these sums, known as “felony theft thresholds,” to focus limited state prison space on more serious offenders and ensure that value-based theft penalties take inflation into account. A threshold of $500 enacted in 1986, for example, amounts to nearly $1,100 in today’s dollars. Increases in theft thresholds are intended to ensure that criminal sentences don’t become more severe over time simply because of natural increases in the prices of consumer goods. They can also prevent low-level offenders from receiving felony convictions that can harm their chances of getting a job and contributing to the economy.

In some states, threshold changes have sparked fears that crime will go up. Retailers and other critics have cautioned that higher thresholds might embolden offenders and cause theft rates, in particular, to rise. However, new research from The Pew Charitable Trusts finds that these concerns, while understandable, are misguided.

To be clear, the study does not suggest that raising theft thresholds will decrease crime. Criminologists and other experts credit a wide variety of factors—including better policing, an expansion in private security personnel, and the widespread use of surveillance cameras and other anti-crime technology—with the nationwide crime decline that began in the early 1990s.

But the analysis shows that neither the enactment of a higher felony threshold—nor the amount to which it is raised—is related to overall rates of property crime and theft. This conclusion is important because it provides fresh evidence that states can reduce incarceration and crime at the same time—a true win-win for the public.