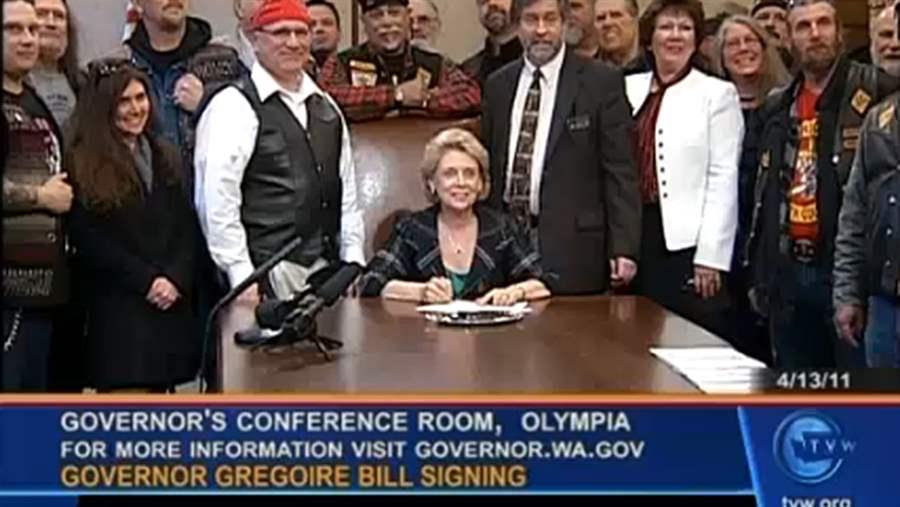 In Kentucky, state lawmakers will consider in coming days whether to make tuition at community colleges free. In Connecticut, they’ll look at laying off 3,000 state workers to cover a $200 million budget deficit. In Arizona, they will debate scrapping presidential preference primaries. And in those states, people can watch the debates unfold on television — sometimes to the chagrin of lawmakers.

They are among the 20 or so states that have their own public affairs networks that broadcast state legislative proceedings in a fashion similar to C-SPAN’s broadcasts from the U.S. House and Senate. The programming — mostly committee hearings, live gavel-to-gavel floor debate and votes — is on cable and public access channels underwritten by taxpayers or cable companies, usually at a cost of about $3 million to $5 million a year in each state.

The coverage is designed to lift the veil on how laws are made, how taxes are raised and spent, and how viewers’ elected representatives are voting.

“The hope is that making these hearings public makes government and legislators more accountable and leaves the public more informed and with a better understanding of the process itself,” said Michael Delli Carpini, dean of the University of Pennsylvania’s Annenberg School for Communication.

Unlike C-SPAN, the viewership of state legislative proceedings isn’t large, a maximum of a few million in some states compared to the 47 million who say they watch C-SPAN at least once a week.

Though the channels’ audiences may be small, they are potentially significant.

If they are anything like C-SPAN’s, the viewers are influential, said Steve Frantzich, a political science professor at the U.S. Naval Academy who has studied C-SPAN. Lobbyists and government workers tune in; but people who watch are more likely to vote and donate to campaigns.

The transparency the networks provide doesn’t come without conflict — over funding, what should be shown, and how lawmakers should behave when the cameras are rolling. Some legislators are hesitant to be in the glare of the camera, and securing funding leaves some networks at their mercy.

Most state channels started in the 1990s, offering a feed of floor action. Viewers now have more government programming to watch and more ways to watch it. Even with just one TV channel, many stations are able to broadcast hearings, news conferences, and coverage of the executive and judicial branches by streaming them online.

Such intense coverage can mean clips are picked up in other media, leading to the occasional viral video or dispute.

After Florida Republican Gov. Rick Scott blocked state employees from using the terms global warming or climate change, the state’s public affairs network captured the state’s emergency management director trying to avoid using them under questioning by a legislator. Both awkward and funny, the clip made the rounds on late night talk shows.

In Ohio, where the channel is funded with state money, a legislator’s comments on an abortion bill were edited and then posted to YouTube by an advocacy group. Although the channel owned the rights to the original video and asked that the clip be taken down, YouTube refused, citing fair use policies.

Instances like those can lead to conflict over how much legislative action should be broadcast, jeopardizing transparency and endangering funding for channels that are often paid for with tax dollars appropriated by the lawmakers.

“I want to have as much televised as possible,” said Ohio state Rep. Jim Buchy, a Republican. “The more people have a chance to watch their government in action, the better it gets. But the converse is true: The less coverage government gets, the worse it gets.”

But Ohio is a state where lawmakers have limited the broadcasts to floor sessions and coverage of the House’s and the Senate’s finance committees. Before the flap over the YouTube video, the channel’s executive director, Dan Shellenbarger, thought he had convinced lawmakers to expand coverage to more committee hearings. The plans were scrapped.

Shellenbarger, who had spent 18 years trying to convince Ohio lawmakers to expand coverage, said the use of the footage for political motives is a problem that channels in other states struggle with, too.

“Across the nation we’re grappling with how our video can be misused, and there is always the concern of it ending up in a campaign video,” he said. “We don’t want the resources, time and money we put into the feed to be used for political gain. Ohio is still struggling with that.”

In many states, the channels have a policy of not allowing their footage to be used in campaign commercials or attack ads. In the case of Florida, it’s the law.

Unlike unfettered journalism, the channels in some states are restricted in what they can show viewers. In Washington, for example, the Legislature has a memorandum of understanding with the state channel. It requires that cameras focus only on legislators who have been recognized to speak on the floor and does not permit reaction shots of other legislators. The sessions must be broadcast unedited.

A former director of TVW, Washington state’s channel, resigned after it covered a Democratic Party event designed to look like a legislative hearing, upsetting Republican members. The network had been trying to get new equipment at the time. The resignation cleared the way for things to settle and the station was able to get its funding.

Channels must maintain a good relationship with legislators whether they are funded by them or by cable companies. The legislators ultimately determine access. But where the money comes from can also affect the programming.

“We can ask any question we want because we’re not paid by them,” said Brian Lockman, president of the Pennsylvania Cable Network, funded largely by cable subscribers. But he said keeping the channel going also means running some infomercials and local sports.

The Connecticut Network’s director, Paul Giguere, is currently trying to switch from state to cable funding, something that would allow the channel to expand its coverage of government while saving the state $3 million a year, the amount it currently pays to support the channel. Despite Connecticut’s budget problems, the idea has not been an easy sell. State Sen. Steve Cassano, who is handling the bill, said cable companies oppose the change because they don’t want to pay for a service that many will access online.

Despite problems with expanding coverage, Ohio’s Shellenbarger said he’s happy to be funded by the state.

“More people are unplugging their cable boxes and going to the Internet,” he said. “But we’re the archive for the state, and we’re expected to maintain that forever.”

Some lawmakers are concerned about how being on television affects members’ behavior and lawmaking.

In West Virginia, where the Legislature is being broadcast for the first time this year, on the West Virginia Channel, lawmakers are speaking up more. They want to isolate the clips from the channel’s website and post them to their own social media pages, said state Sen. Chris Walters, a Republican.

“Now the process is more transparent, but we’re also engaging with people more because when we share a video, people comment on it,” Walters said. “We get so much feedback — both positive and negative.”

Being on TV affects how business is conducted on the floor, according to the West Virginia Republican majority leader in the House, Daryl Cowles.

“We’ve got some more unique parliamentary procedures being used,” Cowles said. “We’ve had a bill read in its entirety, which we almost never do. We’ve had people use the opportunity to explain their votes afterward. We had someone try to discharge a bill from committee and bring it straight to the floor.”

Showboating for the camera is one reason many Ohio lawmakers are reluctant to expand coverage to all committees. Another is just a reluctance to have all the lawmaking on TV.

“Some folks don’t want people to see the man behind the curtains,” said state Sen. Frank LaRose, a Republican. “But I disagree because we work for Ohioans. Our entire political system relies on informed people who want to hold elected officials accountable.”