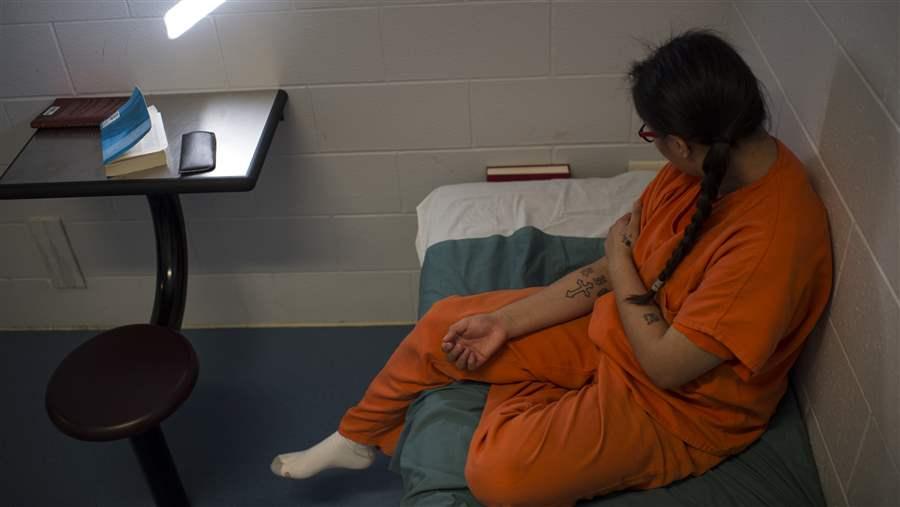 They’re poor, more likely to be sexually abused, end up in foster care, drop out of school, become homeless. They’re often the prey of traffickers.

American Indian and Native Alaskan girls are a small fraction of the population, but they are over-represented in the juvenile justice system, whether they are living on or off the reservation.

Native American girls have the highest rates of incarceration of any ethnic group. They are nearly five times more likely than white girls to be confined to a juvenile detention facility, according to the U.S. Office of Juvenile Justice and Delinquency Prevention.

There are programs on tribal lands that work with Native girls who have been caught up in the system, using federal funds. But American Indian girls often find themselves without state or local social service programs tailored to their cultural backgrounds and experiences, which are distinct from other girls living in or on the edge of poverty.

“As Indian people, our greatest hope is our children. And our kids are really at risk,” said Carla Fredericks, director of the American Indian Law Clinic at the University of Colorado Law School in Boulder. “The only way we can help these girls is if we do it cooperatively, with the states, federal government and within our own communities.”

A rare example of that kind of collaboration is the Minnesota Indian Women’s Resource Center in Minneapolis. In Minnesota, American Indian girls have 18 times the incarceration rates of white girls. They are often disconnected from family who themselves may be battling addiction and mental health problems. Native girls who are extremely poor and lack stable housing often get involved with gangs and drug and sex trafficking, said Patina Park, the center’s executive director.

The center’s programming seeks to combat those trends using a combination of state, federal and private funds to create culturally specific programs, including case management, support groups, housing and mental health services for American Indian women and girls and their families. The center also has youth-specific programming for girls ages 11 to 21, many of whom have been sexually assaulted, involved in sex trafficking or are at high risk.

The idea is to keep girls in school, off drugs and alcohol and focused on a future with a career, rather than turning to crime to make ends meet. The program, which is run with the help of the Fond du Lac Band of Lake Superior Chippewa, provides Native girls who’ve been cut off from their cultural heritage with a sense of community and purpose, Park said. Less than a quarter of American Indians live on tribal lands.

Since 1977, the White Buffalo Calf Woman Society on the Rosebud Reservation has been working with American Indian women and girls to address issues of sexual assault and domestic violence. Many Native juvenile girls are also victims of sexual abuse and family violence. But there are no such programs at the state and local level. Targeted programming coupled with more federal and state funding could make a huge difference in other cities and states with significant American Indian populations, Park said. “You could really change the disparity within the Native community fairly quickly and dramatically.”

Juvenile justice advocates who work with delinquent girls say they face challenges that boys don’t, and there aren’t enough programs that meet their needs. For example, girls are more than four times as likely as boys to have been physically or sexually abused, according to the National Women’s Law Center.

In general, juvenile offender boys greatly outnumber girls, and that is true for Native boys, as well. But the disparities between American Indian boys and white boys aren’t quite as great.

Many Native girls are geographically segregated and isolated, particularly if they’re living in urban areas away from their communities, advocates say. They’re more likely than white girls to be arrested for crimes that are only crimes because they are underage, so-called status offenses, such as drinking alcohol or running away from home. They’re also more likely to be arrested for family disputes, Yellowhammer said.

And once they are arrested, they get tangled in a web of state, local and tribal jurisdictions, said Erik Stegman, executive director of the Native American Youth Center at the Aspen Institute in Washington, D.C. Law enforcement in Indian Country is uneven and exceedingly complicated, which hurts Native girls who run into trouble, he said.

According to the Tribal Court Clearinghouse, a database project of the Tribal Law and Policy Institute, tribal communities don’t have adequate funding to train law enforcement personnel and fund social service programs to combat juvenile delinquency.

Another complicating factor: Some tribes prosecute crimes and others do not, depending on tribal resources and capacity. As a result, Native girls often are prosecuted in the federal system, which doesn’t have a juvenile division. And if girls are arrested in the state system, the state usually doesn’t have to notify their tribes.

Stegman of the Native American Youth Center agreed: “When a young girl is traumatized, what she needs is a variety of interventions at the community level. Unfortunately, children end up bearing the brunt of a very haphazard criminal justice system.”

A Legacy of Trauma

American Indians today face a legacy of inherited trauma, legal experts say. Beginning in the second half of the 19th century, Indian children were shipped off to boarding schools far from their tribal communities and culture, in accordance with federal assimilation policies. Families were fractured.

The Indian Child Welfare Act of 1978 sought to right that situation, making it a priority to find homes for displaced American Indian children within their own tribe. In theory, the law is supposed to provide rights for families and tribes. But in practice, the law creates an extra layer of bureaucracy; with no one agency taking ownership of a child’s case, leaving children to languish in the system, said Sue Mangold, executive director of the Juvenile Law Center.

Children that grew up without parents become parents who don’t know how to raise children, juvenile advocates say.

American Indians ages 16 to 24 have the highest dropout rates in the country, more than twice the national rate, 15 to 7 percent. One in five Native girls become mothers before age 20.

American Indian women have the highest rates of rape in the country, more than twice that of other ethnic groups. The vast majority of the perpetrators are non-Indian men, according to Amnesty International.

All these factors create a climate where juvenile delinquency can flourish, child advocates say.

Violent crime rates among Native Americans are twice that of the country as a whole, and tribal communities experience high rates of domestic violence, child abuse and neglect, alcohol addiction and gang involvement, according to the Tribal Court Clearinghouse. Native children are over- represented in child protective services. And while the violent juvenile crime rate for U.S. teens has declined, it has increased for teens in tribal communities, according to the Clearinghouse.

A 2013 report by the Indian Law and Order Commission found that American Indian children suffer post-traumatic stress disorder at the same rates of veterans returning from combat duty in Afghanistan and Iraq.

“It’s like these kids are living in a war zone,” said Sarah Deer, co-director of the Indian Law Program at the Mitchell Hamline School of Law in St. Paul, Minnesota, and a 2014 winner of a MacArthur Fellowship, also known as a genius grant.

Working with Native girls who’ve ended up in the juvenile justice system in Minnesota has its challenges. Particularly girls who were lured into prostitution and peddling drugs by older men whom they believe to be their boyfriends and with whom they have developed intense, unhealthy emotional connections. Breaking those bonds is difficult, Park said.

Poverty shapes their lives in ways that makes it hard for them to see a way out, she said. To make ends meet, they often rely on “working long weekends,” heading out to the oil fields along the North Dakota border, “man camps” where men have cash and an appetite for paid sex. It’s tough trying to break them out of the cycle. “Sex is a tool for surviving,” she said.

But at the Indian Women’s Resource Center, they try. Young girls receive mental health services and education counseling. And elder women teach them about their cultural roots, learning about Indian medicine, ceremony, praying the traditional way and honoring their ancestors.

As Park sees it, these girls connect with the “blood memory” of their ancient heritage and heal from their past traumas.

“It gives them hope,” Park said. “It helps them see they can be more than their parents, who are struggling with drug addiction and homelessness. It’s hard to see yourself as more when you don’t see that around you.”