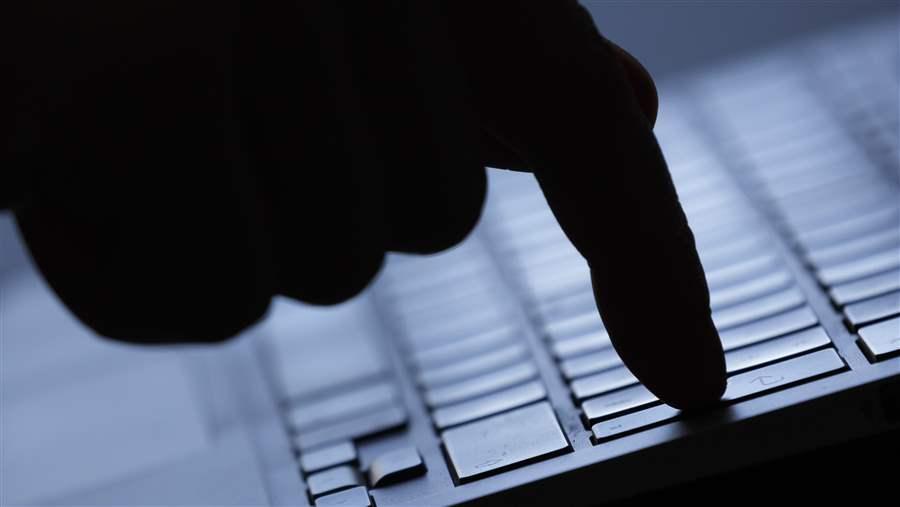 Last year during tax season, Utah discovered that about 8,000 state income tax returns were filed with fake IDs, which could have cost the state $11 million in bogus refunds. The fraud discovery precipitated a weekslong halt to processing taxpayers’ returns and an intense investigation that stopped all but $17,000 in false refunds.

The scam sought to take advantage of the consumer-friendly service used by Utah and many other states of sending taxpayers their refunds quickly via pre-paid debit cards that could immediately — and untraceably — be used like cash.

No more, say Utah and the other 40 states and the District of Columbia that require taxpayers to file state or local income tax returns. This year, they are working together with the IRS and the largest private tax software companies to try to discover and stop the online filing fraud quickly — sometimes before it starts — by doing a better job of verifying the identity of the filers, strengthening password protocols and sharing information on filings that use stolen identities.

The dollar stakes are high in combating the cyber fraud. The IRS lost an estimated $5.8 billion to paying out fraudulent federal refunds in 2013 alone. And states are defrauded by an estimated $8 billion to $9 billion annually, said Haywood Talcove, CEO of Government and LexisNexis Special Services Inc., which works with many states to counter the scams.

The fight against tax fraud is a “battle that seems to grow every day,” IRS Commissioner John Koskinen told state, federal and private industry tax leaders in June. “The threat from fraudsters and criminals is complex and evolving.”

It Starts With Identity Theft

Crooks use various scams to file phony tax returns, but most rely on stealing a taxpayer’s identity.

They obtain a name and Social Security number from an unsuspecting taxpayer. That information can come from a doctor’s office, insurance company, school or any other entity that routinely collects names and numbers.

Then, they do a little Web searching to determine where the person worked, and approximately what their wages were. Armed with that, the scammer files a tax return, often exaggerating the number of deductions or businesses “losses” to generate a large and swift refund.

The scammers provide a phony address to send the refund and voilà! extra cash. Using algorithms and sophisticated, fast computers, the scammers can handle many phony returns in one state or many.

The Federation of Tax Administrators, a nonprofit that represents state tax administrators, began a “security summit” last spring with officials from all the states with income taxes and the IRS. From it came guidelines and recommendations for states and the IRS to help combat fraud, including extra security procedures. Among them:

“If someone has stolen an identity, they are more than likely to use that identity in more than one state,” said FTA deputy director Verenda Smith.

Many states are taking other steps, such as asking filers to provide their driver’s license as an extra measure of security.

Utah, for example, now requires employers to file taxpayer income and withholding forms on their employees electronically to a state-run site by Jan. 31. And, the State Tax Commission may not issue refunds before March 1, giving the state plenty of time to match tax returns filed by individuals with the electronic withholding forms filed by employers.

Alabama, the District of Columbia, Kentucky, Mississippi, Nebraska, Pennsylvania, Virginia and Wisconsin also have the early electronic reporting deadline. Three states — California, Massachusetts and New York — require that quarterly wage withholding be reported to the state so officials can match them to wage tax statements.

In addition, Utah no longer gives refunds on debit cards unless they are tied to a bank account.

“Those cards not associated with bank accounts — the fraudsters can get these loaded and it’s like giving them cash, there’s no way to trace it,” said Dolores Furniss, manager of federal and state programs at the Utah State Tax Commission. “In this day and age of electronics, we have the great side and the evil side, and that’s the evil side.”

Scammers a ‘Step Ahead’

Although the measures are necessary to protect taxpayers and state treasuries, taxpayers will likely see their refunds delayed as a result. And despite anti-fraud efforts, crooks are finding new and more sophisticated ways to try to game the system. And some fraud could come from tax preparers.

The comptroller of Maryland, Peter Franchot, this month suspended processing of both electronic and paper returns from almost 30 preparers and services because of the “high volume of questionable returns” received from those locations.

Franchot urged taxpayers who have their returns prepared by tax services to check their returns carefully and to be suspicious if a preparer deducts their fees from the taxpayer’s refund and deposits the funds directly into the preparer’s bank account, or fails to include the preparer’s taxpayer identification number on the return.

Just last week, the IRS said it had thwarted an attack on its electronic filing PIN system, in which identity thieves used malware to try to generate bogus personal identification numbers for stolen Social Security numbers.

Tax fraud expert Timothy Gagnon, assistant teaching professor at Northeastern University in Boston, said the IRS and state tax agencies are doing what they can to prevent fraud, but they are working in “reactionary mode,” instead of trying to anticipate what fraudsters will do next.

“It does seem like these guys are always a step ahead,” said Micah Christensen, head of income tax compliance at the Montana Department of Revenue. “Whenever we put something in place, they figure a way to get around it.”

Christensen suggested that tax departments have to start thinking of different ways to tweak tax collections instead of the way they have always processed returns and issued refunds, and pointed to delaying the refunds to taxpayers as a good step.

“We’ve tried to issue refunds as quickly as possible; so the paradigm shift is that we can’t do that anymore,” he said. “Our advertisement to the taxpayer is that refunds are taking longer because we are ensuring your identity has not been compromised.”

In addition to launching safety measures, state tax departments also have mounted public relations campaigns to tell taxpayers what they can do to help prevent fraud. These are tips that the Montana Department of Revenue urges taxpayers to follow: