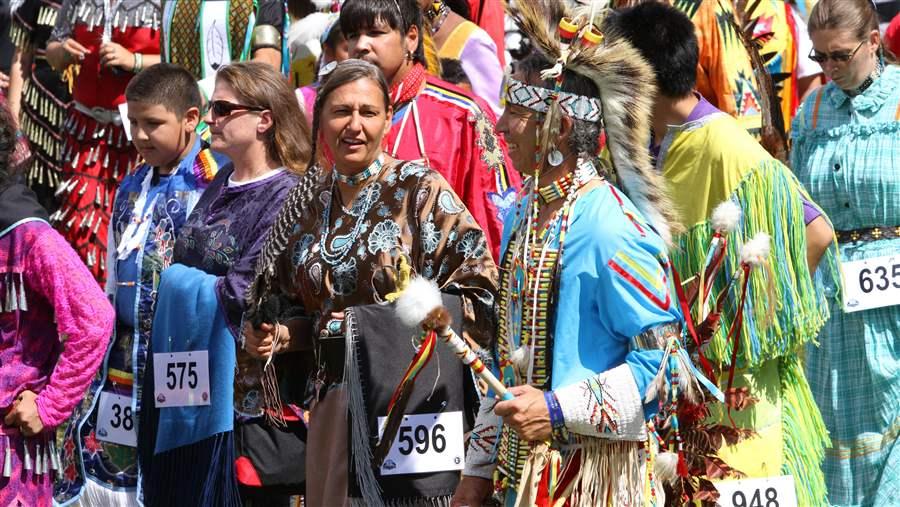 When Tadd Johnson got a call in February that a Native American tribal elder in northern Minnesota had died and authorities were preparing to do an autopsy over his family’s objections, the message was simple.

“They’re going to do an autopsy on Mushkooub, and you need to stop it,” said Johnson, an attorney and chairman of the American Indian studies department at the University of Minnesota’s Duluth campus, a reference to deceased elder Mushkooub Aubid.

It had been years since Johnson, who also is a Native American, had practiced law. But he soon found himself poring over the state’s medical examiner guidelines and religious freedom statutes. He got in touch with Aubid’s family members, who were trailing the medical examiner’s car on its way to Duluth. That’s where the autopsy would be performed within a few hours unless they could stop it.

Johnson and the family obtained a judge’s emergency order halting the autopsy and then went to court to reclaim the body. There, they had to fight a medical examiner who has since been criticized as overzealous at best and insensitive at worst. (The examiner, who has since resigned, did not return calls for comment.) In time, they prevailed in preventing the autopsy and regaining control of Aubid’s body. Along the way, the state’s religious freedom laws were called into question.

Months later, activists and lawmakers in Minnesota say some good came of the episode: It’s being credited with pushing Minnesota to join only a handful of states enacting religious protections for families that object to autopsies, which are often required under state law.

“There really was a disconnect between our statute and a constitutional right,” said Democratic Sen. Tony Lourey, who sponsored the measure that Democratic Gov. Mark Dayton signed in May. “It’s a very emotional conversation. These families were quite upset, and we’re talking about a time when families are really stressed.”

Members of the medical community, lawmakers and religious rights advocates say the conflict between religious beliefs and a state’s interest in determining a cause of death will likely arise in an increasing number of states because of the diversifying religious makeup of America and a growing sensitivity to religious liberties. A number of groups, including Orthodox Jews, some Muslims and Native Americans, object to autopsies on religious grounds.

But if the trend toward greater discussion of the clash between religious liberties and state autopsy laws is clear, the details and politics remain murky. As illustrated in other states, religious freedom legislation can raise the ire of anyone from church-state separation watchdogs to advocates who fear broad legal protections could be a license to discriminate against lesbian, gay, bisexual and transgender people.

One of the more complicated tasks of handling objections to autopsies is sorting out the specifics of how any measure might work. Even supporters of exemptions acknowledge there must be limits, especially in cases when a death can raise a public health concern or foul play is suspected.

“If your wife is the one that’s deceased, and you have the opportunity to make a religious objection, and you know you had a hand in her death, you might raise a religious objection,” said Robert Small, a retired judge in Minnesota and head of the Minnesota County Attorneys Association, which worked to amend the autopsy bill before it was passed. “There were significant concerns about public safety.”

One of the best ways to deal with those disputes, lawmakers, advocates and medical experts say, is to have a medical examiner work with each family to address their concerns.

That’s how the process typically works in Maryland, said Dr. David Fowler, the state’s chief medical examiner and vice president of the National Association of Medical Examiners. State law explicitly says families have the right to object, and if they do, then officials will discuss the situation with relatives.

“These individuals are obviously at a time when they've just lost somebody near and dear to them,” Fowler said. “We will bend over backwards to try to work with the families.”

Fowler said Maryland hasn't been taken to court over an autopsy objection since 1991. Other states haven't been as fortunate. And, as the case in Minnesota illustrated, just one dispute between a family and a local medical examiner can shine a spotlight on the shortcomings of state laws.

The Minnesota law, for example, had a contradiction that lawmakers addressed this year. Medical examiners had sole authority to order an autopsy, despite a religious freedom provision in the state constitution. Other states handle the issue differently. In California, for example, people can make their wishes known to the state by submitting a religious objections form.

Yet, even states with existing protection laws aren’t immune from the growing debate.

In New Jersey, Assemblyman Gary S. Schaer, a Democrat and the first Orthodox Jew elected to the Legislature, is sponsoring a bill to amend state law on religious objections. It would require courts to make a determination within 24 hours in any dispute. The timing is especially important in the Orthodox faith, which dictates the dead are to be buried as quickly as possible, Schaer said.

“We don't want anybody to deal with this at one of the most difficult times of their lives in terms of burying a loved one,” he said.

Schaer’s proposal would also clarify that when a compelling reason for an autopsy must be weighed against a religious objection, the least invasive procedure (such as a “virtual autopsy”) should be used. Any extra costs would be borne by the family.

The measure is awaiting action, and Schaer said he hopes it will move once lawmakers approve a new budget.

The politics of autopsies can sometimes be messier than the medical or legal details. Georgia is a prime example: Republican lawmakers there failed to pass a broad religious freedom law this year.

The measure said, “Governments should not substantially burden religious exercise without compelling justification.” Supporters said it protected the free expression of religion, while opponents argued it was a thinly veiled attempt to legalize anti-LGBT discrimination.

Supporters invoked autopsy objections in pushing for the measure. They also sought the backing of the Jewish community.

The strategy was initially successful, said Robbie Medwed, assistant director of the advocacy group the Southern Jewish Resource Network for Gender and Sexual Diversity. Lawmakers claimed rabbinical support for the measure as it moved through the Legislature.

But Medwed said LGBT advocates viewed the Jewish community as being used to drum up support for a bill that went beyond autopsy objections.

Medwed and other advocates turned the tide and the Jewish community uniformly opposed the bill, which was then tabled. “They were mostly trying to use this as a trick to get the Jewish community to support this bill,” he said, in reference to the autopsy provision. The bill’s sponsors didn’t respond to requests for comment on the debate.

On the other hand, Minnesota’s autopsy legislation found bipartisan backing. The legislation’s sponsor in the Senate was a Democrat; the House sponsor was a Republican.

Gail Kulick Jackson, a former legislator and lobbyist in Minnesota who helped pass the legislation, said she found the political sweet spot.

“We had the Republicans, who love the idea of religious freedom and religious freedom trumping government action. And on the left, people who liked the fact that it was really respecting of the minority community and their cultures,” Kulick Jackson said. “It made for a very interesting agreement between two very split political parties in Minnesota.”