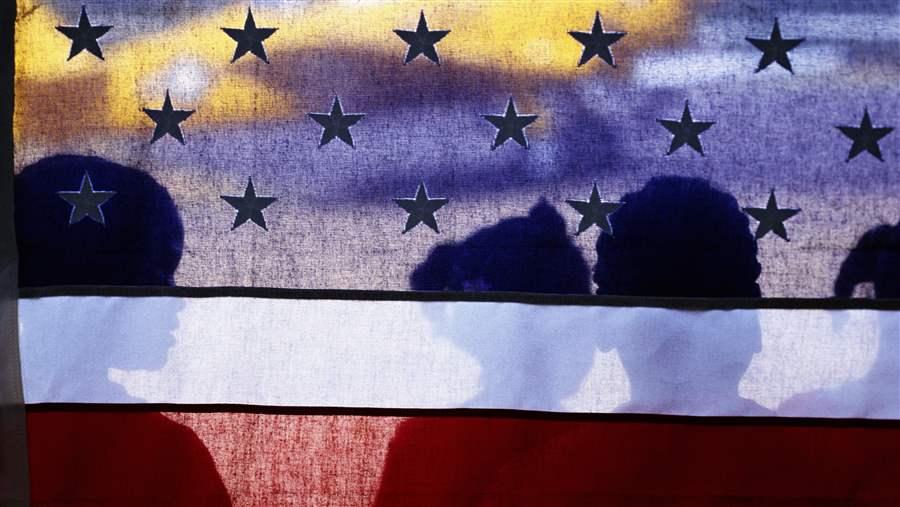 People stand behind the American flag. Once concentrated in only a few geographic areas, immigrants are now spread widely across the states. (Getty)

Michele Waslin, a manager at The Pew Charitable Trusts, researches and analyses the roles of states and localities in immigration policy

The federal government determines how many new immigrants to admit each year. Yet a growing number of state and local governments are including immigrant recruitment strategies as part of their plans to revitalize neighborhoods and foster economic innovation.

Once concentrated in only a few geographic areas, immigrants are now spread widely across the states. This dispersion has, in some cases, slowed or overcome declines in the native-born population. A recent report by The Pew Charitable Trusts (Pew funds Stateline) found that between 1990 and 2012, more than one in five (21.5 percent) U.S. counties experienced a decline in their native-born populations. This trend was particularly prevalent in a swath of counties from the Dakotas through the Texas panhandle. In many of these counties, overall population loss would have been even greater if not for immigration. In fact, growth in the immigrant population overcame declines in the native-born population in 134 counties.

This growth and widening dispersal of the immigrant population is happening at the same time as many states and localities are seeking to recruit immigrants and better integrate this population into local job markets and economies.

For example, states have sought a greater voice in federal immigration decisions. In January 2014, Republican Gov. Rick Snyder of Michigan asked the federal government to allocate 50,000 visas over five years for highly skilled immigrants who would be required to live and work in Detroit. In his proposal, Snyder said immigrants would create business and jobs, which would help to stabilize the tax base.

States and localities have also joined a growing movement to design policies that attract and retain immigrants already in the country. As more jurisdictions adopt such policies, they are engaging in friendly competition to welcome immigrants.

Immigration is a 50-state story. State and local officials across the country are making choices that affect the lives of immigrants every day, and many of them are making immigrants a vital part of their demographic and economic growth strategies.

Test Your Knowledge About Immigration

Many myths and misconceptions surround immigration, making it difficult to have a constructive national conversation. Take our Immigration Facts quiz to test your knowledge. 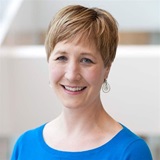