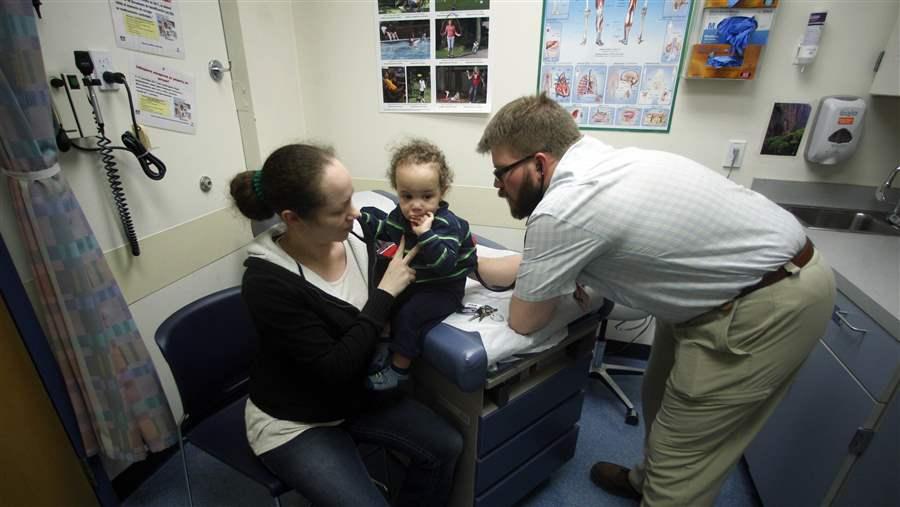 The federal-state Children’s Health Insurance Program (CHIP) will run out of money on Sept. 30. Until recently, Congress showed little interest in paying for it. But this week, the House agreed on a bill that would continue the $13 billion program in its current form through 2017.

In late February, Republicans in both houses issued a “discussion draft” outlining modifications they claimed would make the program more flexible for states, even though most governors say they don’t want any changes to what they consider a near-perfect health care program.  The GOP proposal would have narrowed coverage to the lowest-income families currently served by CHIP and allowed states to cut back enrollment.

If CHIP is not renewed, advocates say more than 2 million of the 8 million kids currently covered by the program could wind up uninsured.

Hundreds of advocacy groups and Democrats in Congress spoke out against the changes. For now, the GOP proposal has been taken off the table under a compromise deal agreed to by House Republicans. The issue now is whether to extend the program for two years or four years. The Obama administration, Senate Democrats, advocates for children and nearly all governors are pushing for at least a four-year continuation, through 2019.

But an independent advisory board to Congress, known as the Medicaid and CHIP Payment and Access Commission, and some Republicans want to limit the renewal period.

CHIP was designed to cover kids in families with incomes too high to qualify for Medicaid but too low to afford private insurance. The Affordable Care Act extended CHIP through 2019 and increased its federal funding share by 23 percent.

But the health law also created health insurance exchange subsidies aimed at helping families in the same income brackets as those served by CHIP. To avoid redundancy, some argue CHIP should eventually be discontinued in favor of exchange policies or employer-sponsored insurance.  Dissolving CHIP would also simplify things for families who may have other members covered by Medicaid or private insurance, they argue.

“There is a legitimate policy concern that, if not properly focused, CHIP coverage may unduly crowd out private health coverage,” U.S. Rep. Fred Upton, the Michigan Republican who chairs the House Energy and Commerce Committee, said during a December hearing. Upton’s concern is that families who qualify for exchange subsidies or have employer-sponsored coverage would instead opt for CHIP at greater expense to the federal government.

Proponents of maintaining CHIP argue that the subsidized policies offered on exchanges today are inferior to CHIP coverage. Substantially higher out-of-pocket expenses make the policies unaffordable for many CHIP families, and the benefits packages and provider networks are designed for adults, not children. 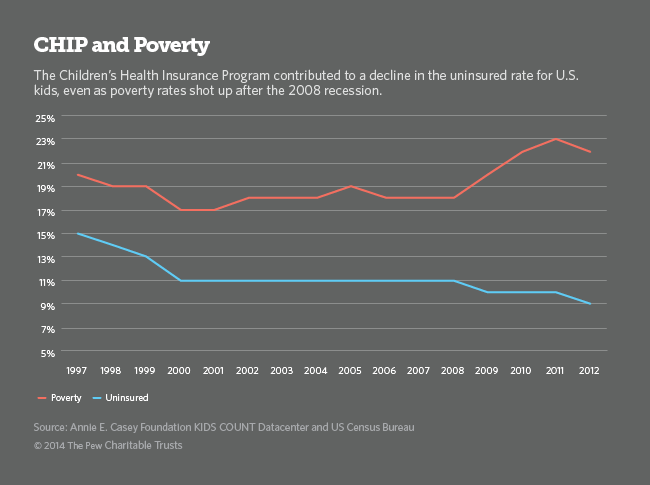 According to the American Academy of Pediatrics, CHIP plans provide access to pediatric primary care physicians, pediatric subspecialists and pediatric surgical specialists who are experts at addressing children’s needs.

In addition, an apparent glitch in the health law bars families who are unable to afford employer-sponsored insurance from receiving premium tax subsidies. The ACA requires employers to provide “affordable” coverage only for workers as individuals, not for their families. If an affordable policy is offered, the worker and his family do not qualify for premium tax subsidies.

For individuals, under the ACA the cost of a policy may not exceed 9.5 percent of a worker’s income. But there is no limit to what employees can be charged for family coverage, which typically costs nearly three times as much as individual coverage. That leaves low-income families nowhere to go except Medicaid or CHIP.

Since its enactment by bipartisan vote in 1997, CHIP has been instrumental in cutting the nation’s uninsured rate for children, from 15 percent in 1997 to 9 percent in 2012. Administered by states and funded primarily by the federal government, CHIP enjoys wide support from Democrats and Republicans at the state and federal level. Republican Sen. Orrin Hatch of Utah, a co-sponsor of the GOP discussion draft, called CHIP a “marvelous” program that has “worked very, very well,” in recent comments to the U.S. Chamber of Commerce.

Based on governors’ responses to a recent congressional inquiry, there is very little states want to change about CHIP. Of the 39 governors who responded, only two—Republicans Bill Haslam of Tennessee and Nathan Deal of Georgia—wanted a renewal to be limited to two years.  Democratic Gov. Dannel Malloy of Connecticut and Republican Gov. Dennis Daugaard of South Dakota wanted an indefinite renewal period. Gov. Sam Brownback of Kansas and Gov. Rick Snyder of Michigan, both Republicans, wanted a five-year extension. Democratic Gov. Pat Quinn of Illinois, who has since been replaced by Republican Bruce Rauner, also asked for a five-year renewal.

The National Governors Association, which represents all governors, urged Congress to renew funding for CHIP as soon as possible so they could include it in their budgets for fiscal year 2016, which starts July 1 for most states. 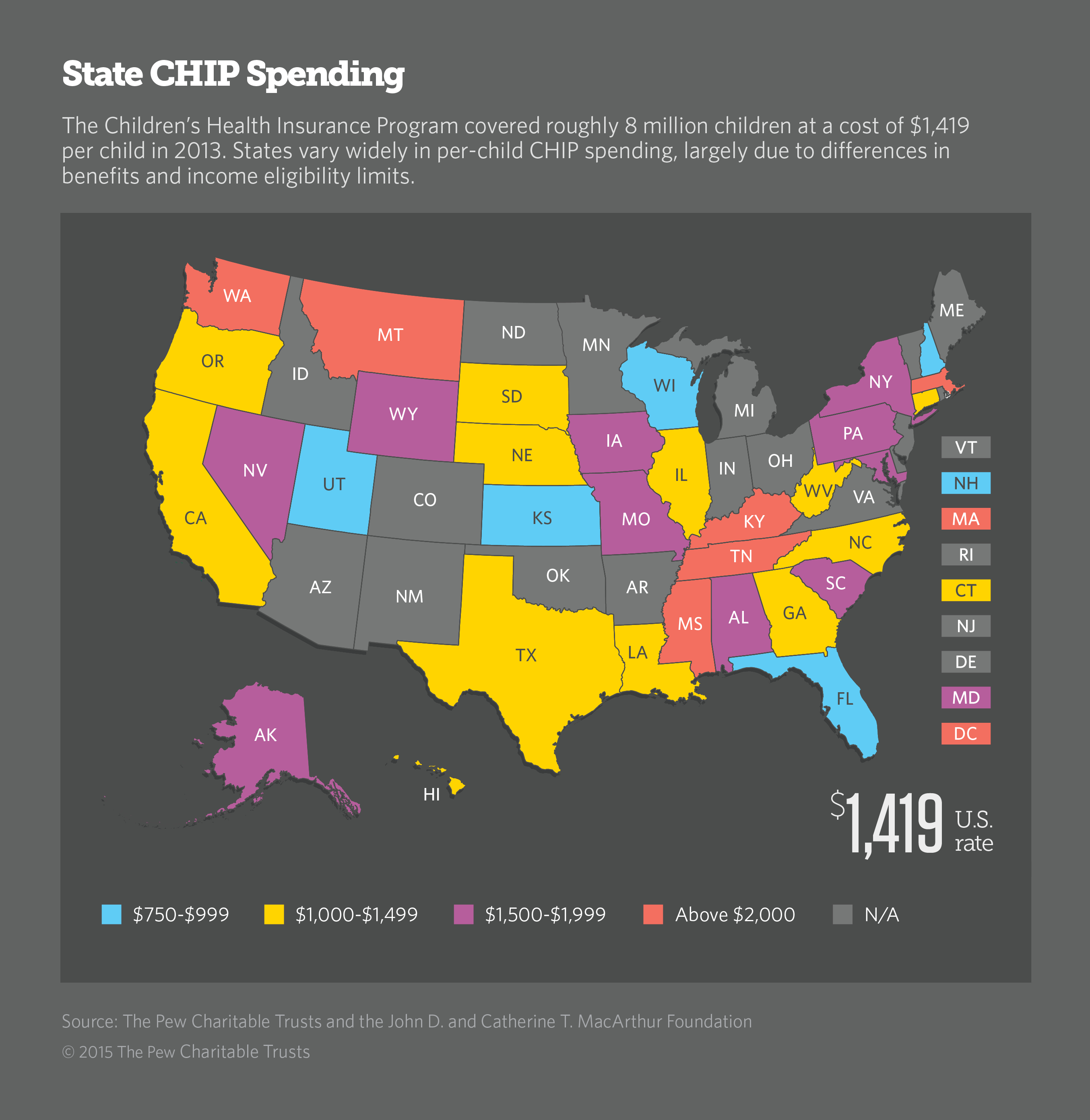 Why extend CHIP for only two years, when previous renewal periods have been four years?  Supporters of a shorter renewal period argue that exchange insurance coverage under the Affordable Care Act is likely to improve over the next two years and Congress will have time to fix the so-called “family glitch” that prevents low-income working families from getting premium tax subsidies.

But Bruce Lesley, president of First Focus, a children’s advocacy group, said “there is no evidence today that Congress would make the needed changes.”

“We’ve been asking for (CHIP) renewal for more than a year. If we kick it down the road two years, then in nine months we’ll be back here having this discussion all over again,” Lesley said.

If the two-year extension bill passes the House, the action will move to the Senate where every Democrat supports a four-year extension. The plan is to attach a CHIP reauthorization bill to a larger health care bill, a repeal of the so-called Sustainable Growth Rate method of reimbursing Medicare providers. That bill is expected to be introduced next week and a vote is expected before April 1.